2010-2019: A Look at the Decade’s Defining Hardware Synthesisers 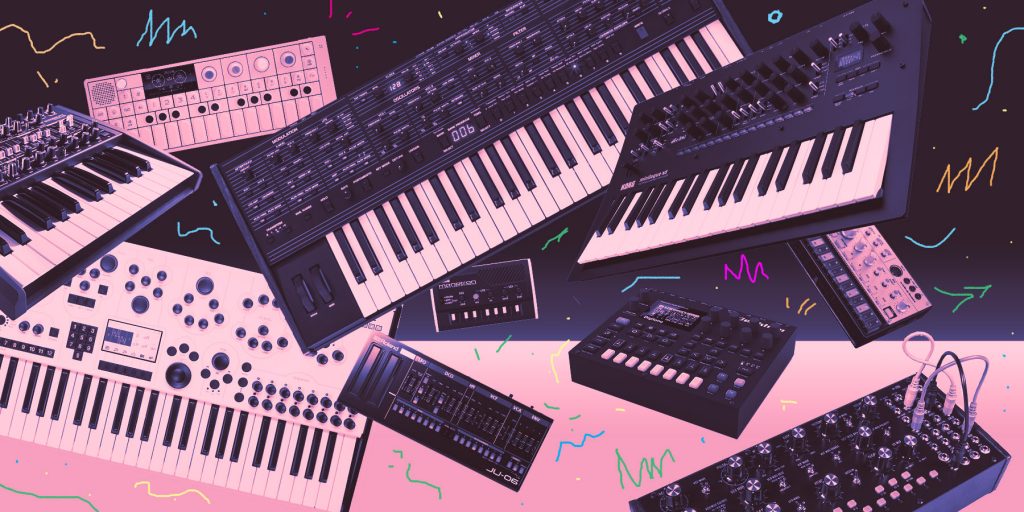 It’s been an incredible ten years for synthesiser enthusiasts. A fairly niche area of the musical instruments market has absolutely exploded with exciting products thanks to the home studio revolution, the analogue synth renaissance and a new fascination with hands-on music gadgets. As we round up the year, and indeed the decade, we thought we’d take a moment to take stock of what made an impact, and how this particular corner of the instrument market has progressed. Here’s our list of hardware synthesisers that we believe defined the decade, creating a lasting legacy that influenced the players, the music and the market.

Although analogue synthesisers were being produced by boutique manufacturers in small numbers (such as Doepfer’s Dark Energy and Dave Smith’s Prophet 08), it was Korg’s return to it’s original 1970s MS-20 circuitry that truly spawned the analogue renaissance with this tiny, plastic ribbon synth. The Monotron was a proof of concept — yes, it was still possible for a Japanese manufacturer to mass produce with analogue circuitry in 2010. Synth heads screamed for more and circuit benders hacked at it relentlessly. Korg followed it up in 2011 with a small (but very sturdy) ribbon synth/sequencer/drum machine called MonoTribe, which then developed into the Volca line, launched in 2013.  Korg also rolled out their 1978 MS-20 re-issue, the MS-20 Mini in 2013. Korg were back.

While other companies were fending off the cries for analogue synthesisers, these sneaky Swedes went about creating something truly unique and distinctly Swedish. The OP-1 is a tiny synthesiser, sampler and workstation that features some familiar features and also some very unfamiliar features. It has a built in FM radio. It has a digital tape feature. It has a G-Force sensor for motion recording. It has a built in microphone. It has 10 synth engines. It has 6 sequencers. Adding to that, was their incredibly slick marketing — something not really seen (bizarrely enough) in the music tech market. A fantastic instrument that’s still popular today, 8 years later – incredible for a digital instrument. While Korg tentatively dipped their toes into releasing analogue hardware, a small French software company called Arturia took a bold leap and developed a 25-key, affordable analogue synthesiser with *gasp* no presets. Arturia had no legacy of analogue products, but being a small company with a successful software portfolio, they had the means to pursue a passion project. What they released was not just a re-hash of an SH-101, but a single oscillator synth with some unique twists, like the mixable waveshapes on the oscillator, a strange Steiner Parker filter, and a beefy distortion called BruteFactor. People were psyched. It seemed like overnight everyone had one. Arturia now has extensive range of analogue synthesisers, most recently taking another bold step — this time toward more experimental synthesis with the MicroFreak, a hybrid/digital analogue unit with a touch keyboard.

This was the beginning of a big thing for Korg, the response on these units was enormous.  The pics leaked on the forums prior to release and nobody believed they could be real. But they were. All of a sudden you could get an analogue drum machine, a 3 oscillator mono-synth and a 3-voice analogue poly-synth, each with a sequencer, for under $1000. Absolute madness. Tatsuya Takahashi, the lead designer behind the Volca units, also left some easter eggs on the circuits boards for DIYers, making it possible for people to add MIDI out ports and various other things if they fancied doing some soldering.  Since 2013, Korg’s been busy, 10 units now make up the Volca series (most recently announcing the Volca NuBass acid synth) and cover an enormous amount of ground. Until 2015, Moog produced expensive, American-made, analogue synthesisers. They’d always have their market, because they’re Moog and they sound like Moogs. But something had to change. The Mother 32 showed the world that Moog were keen to play ball. If there’s gonna be an analogue renaissance, big daddy Moog will show everyone how to do it. The Mother 32 signaled a change in Moog’s attitude, a single oscillator synth with a sequencer, a Eurorack modular synth friendly patchbay and no presets. Moog returned to their roots and are now stronger than ever, following it up with the bizarre DFAM, and the keyboard product line expanding to the Grandmother and Matriarch — clearly bricks laid on the Mother 32’s foundations. 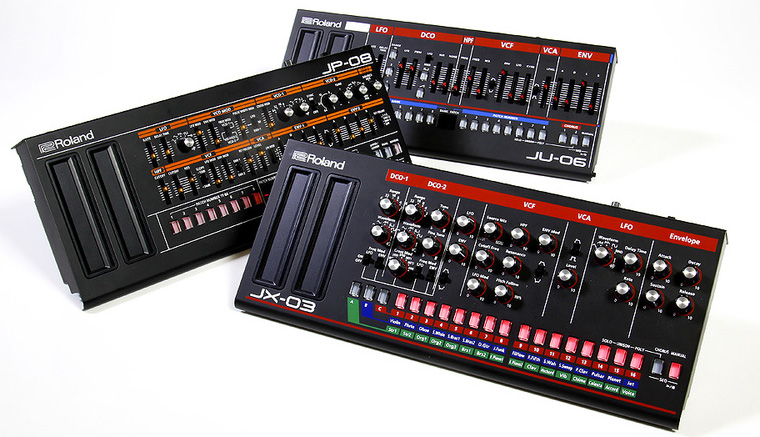 Roland’s behavior has been puzzling throughout this decade, on one hand they’ve bluntly stated they’ve no desire to reissue their classic synths that spawned countless genres of music in the ’70s and ’80s (and people are absolutely gagging to get their hands on). Next minute, they’ve gone and developed what they call ACB (Analog Circuit Behavior) and released tiny digital versions of three of their most beloved synths, the Juno 106, JX3P and Jupiter 8. Oh, and then they partnered with Oregan manufacturer Malekko Heavy Industries to produce their fully analogue System 500 eurorack modular range, inspired by their ’70s System 100m. It almost feels like the company is so big and diverse these days that certain departments have been able to sneak things into production. Regardless, these three units provided sought after sounds, in an ultra portable footprint at an acceptable price. Predictably, they were a win for Roland, and the Boutique range continues to expand. 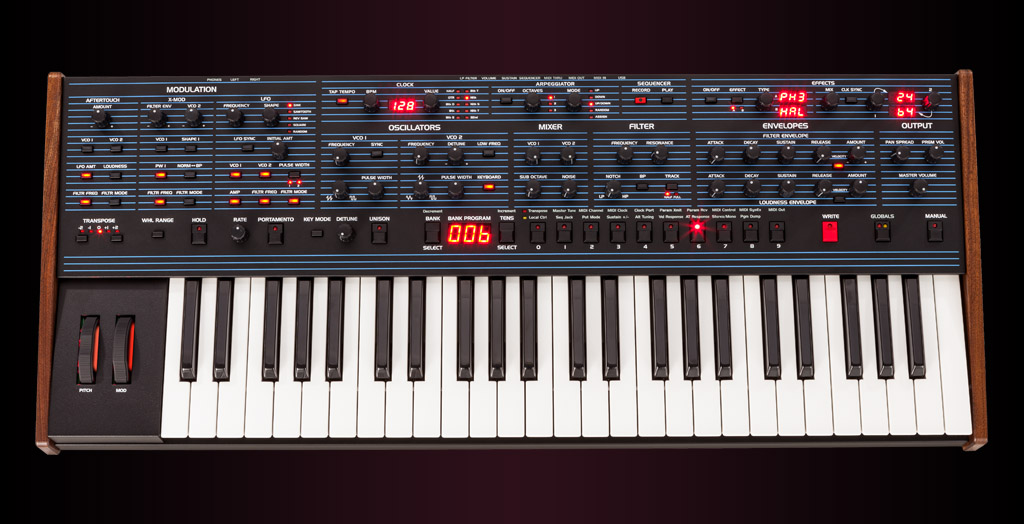 Before Korg, Dave Smith Instruments led the boutique analogue renaissance with his Evolver, Mopho and Prophet lines of instruments. These were fantastic instruments and the Prophet 08 was basically the only option if you wanted a new polyphonic analogue synthesiser. But many lamented that the oscillators were digitally controlled (DCO), and believed they lacked the warm character of the legendary 1980s models Dave created with his original company: Sequential Circuits. There’s just no pleasing some people huh? Well Dave came out swinging in 2016, not only releasing the VCO endowed Prophet 6 in a stunning retro wooden enclosure,  but also the OB-6, a collaboration with legendary synth builder Tom Oberheim. The result is a no compromises, 6 voice analogue synthesiser serving up that mouth watering Oberheim tone in spades. You know how guitarists go on and on about tone? This is one of those moments for synthesists. This is one of the best sounding synths ever made, and an instant classic.

In 2014 British manufacturers Modal Electronics appeared with their forward thinking analogue/digital hybrid synthesiser, the 12-voice 002. This synthesiser presented new ideas to a market saturated with analogue synths that were all riffing on the same basic formula. It also introduced a new term to synthesiser vernacular,  the ‘NCO’ (numerically controlled oscillator) — the two on the 002 had a total of 50 waveforms up their sleeves.  Although not new, this design of digital oscillator hadn’t been used in a musical instrument. The 002 was priced out-of-reach for the majority of the market, but its influence is palpable in Modal’s new budget friendly range, Skulpt, Craft and Argon, and even Novation’s popular flagship NCO powered synths; the Peak and Summit. 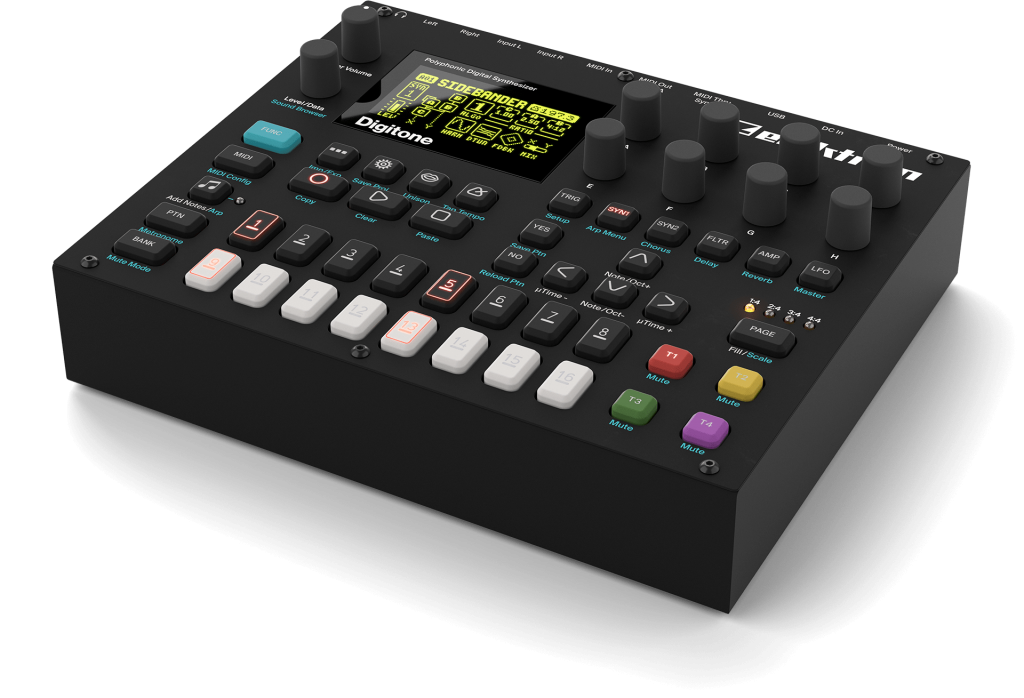 Analogue, analogue, analogue. By 2018 things were getting a little repetitive. Time for something different. Enter Elektron’s FM synthesiser and sequencer, the Digitone. FM (frequency modulation) synthesis felt (and continues to feel) like the final frontier for hardware manufacturers to conquer. Yamaha’s 1980s DX7 FM synth was the best selling synth of all time when it came out, but very few people knew how to program one. We’d seen Yamaha make a return to FM with the Reface DX in 2015, but it just didn’t quite land. Elektron however, managed to create a machine that modernised FM synthesis with a more familiar workflow (filters on an FM synth, hallelujah!), 8 voices, effects, and of course, Elektron’s immensely powerful sequencer that features on all their units. There’s nothing else like this on the market, and if a challenger appears, they’ve got their work cut out for them. 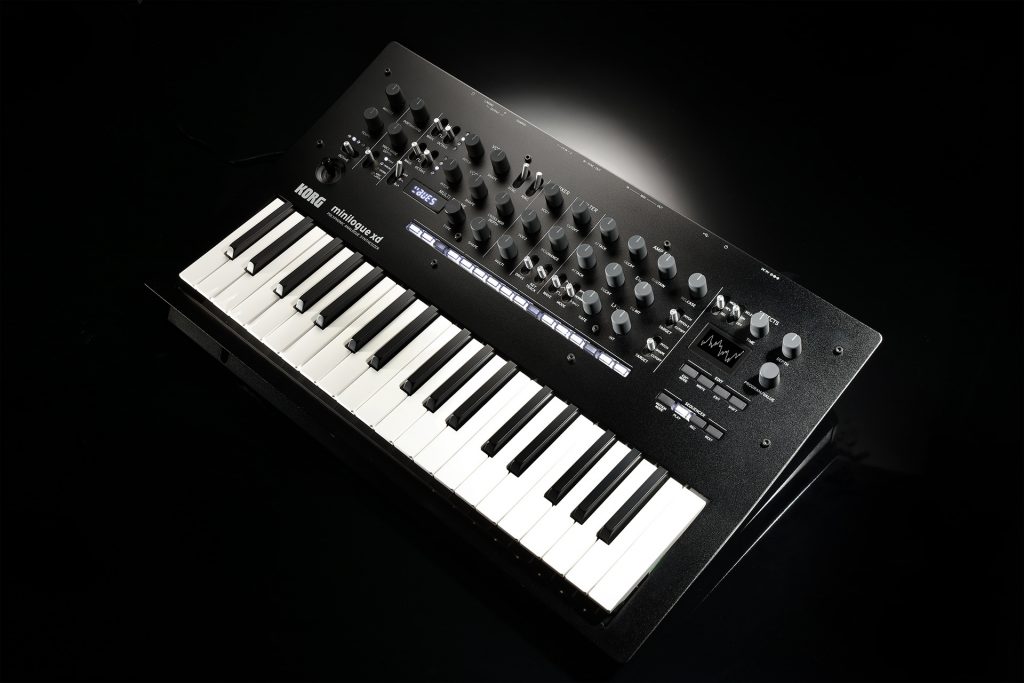 We argue’d over whether the original Minilogue or the new Minilogue xd should be in this list, ultimately 2019’s xd won out. The original Minilogue brought analogue polyphony and a keyboard to a price bracket that was cheaper than buying a banged-up vintage unit. Very noteworthy, and sold very well, but Korg’s new xd has spawned an entire industry. The Minilogue xd features Korg’s customisable Digital Multi-Engine, opened the door for programmers to development custom oscillators and effects. Korg’s flagship Prologue synth features this also, but for a customisable platform that relies on programmers sharing their work to get off the ground, a company needs to sell a lot of units, and the lower price point of the xd has made this far more viable. Now, only 11 months on from the instruments release, Minilogue xd owners have an enormous amount of options for customising their instruments via third party programmers who’ve made developing on Korg’s platform their specialty. Never before has an electronic instrument been so customisable — Korg have created a movement here. Maybe at the turn of the next decade, not having this functionality built in will be odd?

The future of hardware synths is looking stronger than ever. Manufacturers seem to be moving on from rehashing plain old analogue subtractive synthesis, opting to explore new ideas. We’re very keen to see what the 2020 NAMM Show gives us, it feels like there’s excitement around generating new sounds at the moment. Wavetable synths in particular are making a comeback this year. Personally, I’d love to see some more of the weird and wonderful sounds from the modular world come over to standalone hardware. Some of the Mutable Instruments modules, like Elements, Rings and Clouds, in a small enclosure would be very, very cool.

So what do you think? Did we miss any? Disagree with any? Let us know below!