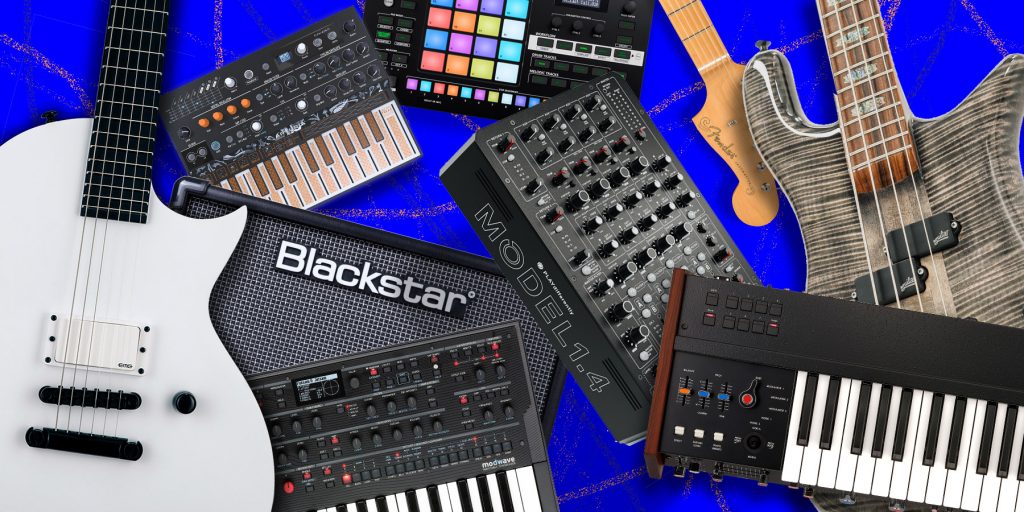 It’s the pilgrimage that every music gear-head loves, the NAMM Winter Show. Every year in January, the world gets to see a heap of hot new products and announcements all from Los Angeles, USA. So, you’d be excused if you were confused by NAMM this year, it went completely virtual and the name “Believe In Music” sounds more like a Celine Dion tour than a bunch of middle-aged male ponytails discussing some really great tech specs. Oh how we missed the amazing ponytails! Anyway, jokes aside it was a little weird for us as we normally send our senior contributors over to the USA to cover all the great gear announcements, but alas the pandemic has grounded the planet. Given the strange times we live in, some brands chose to announce their new goodies outside of NAMM. Here’s our wrap of NAMM 2021 and some stuff we’re looking forward to this year. 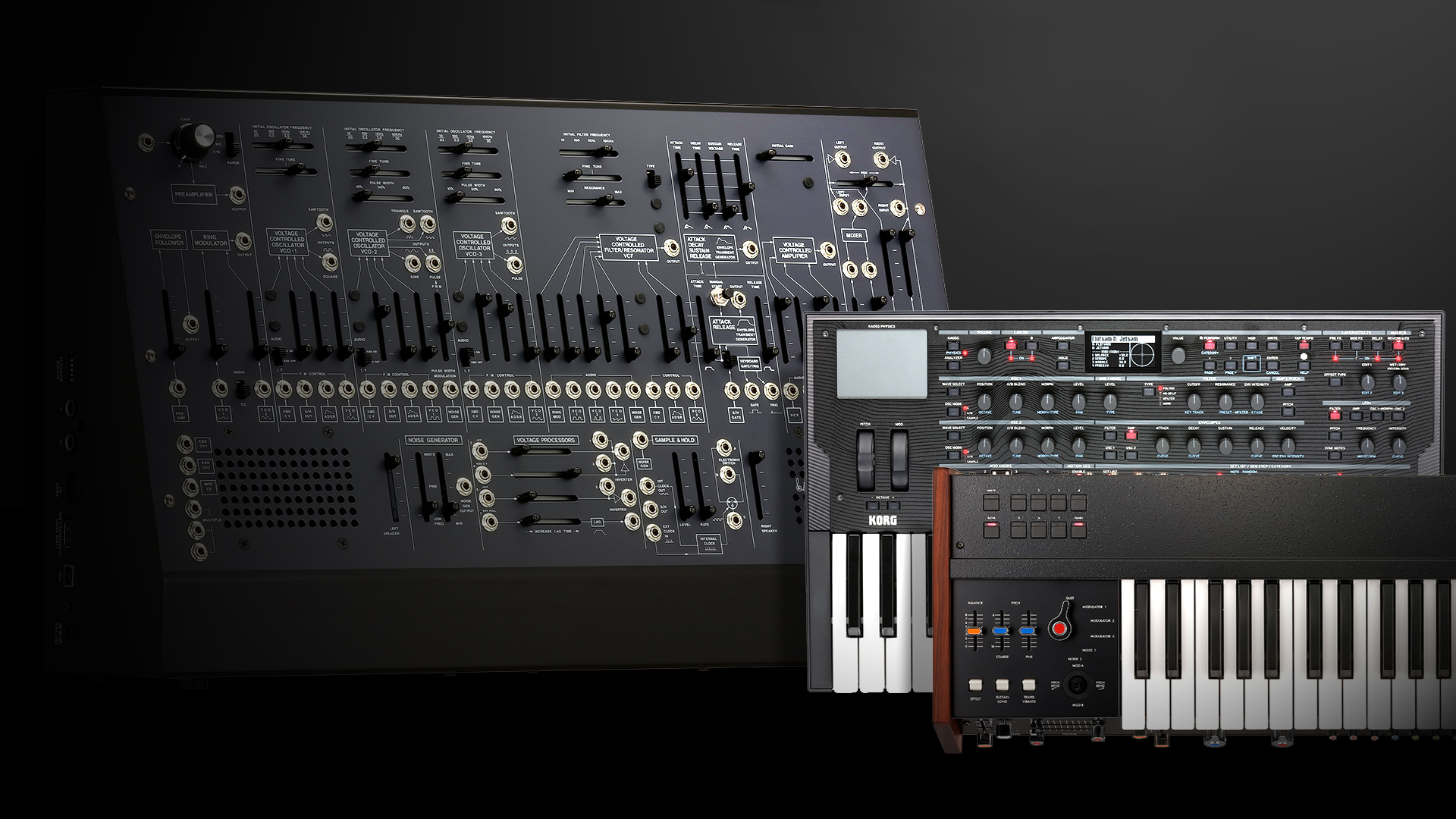 Korg announced a heap of new products. The 2600M being one of my favourites. This desktop friendly revision comes in at 60% the size of the original but still employs all the care and attention to detail as its full-size predecessor. Can’t wait! They also announced the new modwave, their new wavetable synth in the same form as the opsix and wavestate. Promises to be a wavetable monster with some very cool features. And in the same release they showed the limited-edition recreation of the miniKORG 700FS, we gonna groove like its 1973 all over again, looks hot! If that wasn’t enough, Korg also teased a VR version of their Gadget DAW/iOS app that looks insane, plus a new digital/analogue hybrid drum machine called the drumlogue – seriously Korg hurry up, we can’t wait!

Blackstar Amps released the third reiteration of their best-selling amp series, the ID:CORE V3 consisting of small format, digital amplifiers with an array of tones and effects using a very simple but effective control layout. It’s jammed with features suitable for guitarists at any level. The new Architect and Cab Rig software takes this series to another level. Architect is Blackstar’s free software that lets you dive deeper in the amps capabilities and lets you edit and store patches in a new fun and easy way. Cab Rig is Blackstar’s next-gen cabinet simulator with controls for microphone selection, placement, and room environments. Available in 10, 20 and 40W versions, all with the same features. 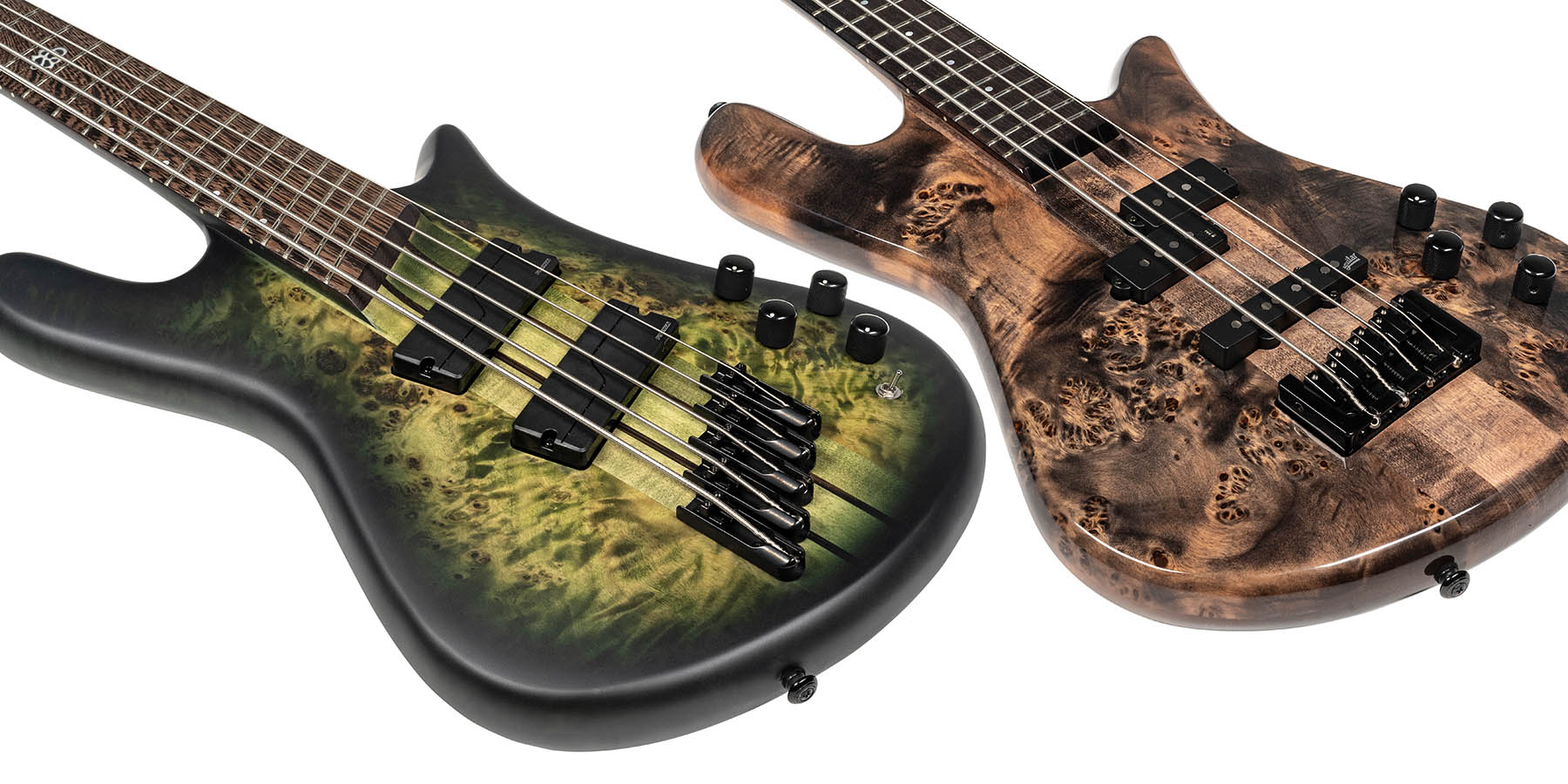 Spector announced the Dimension and Ethos series bass guitars today, the Dimension is a nod to the recent fanned-fret lineage of basses and the Ethos envelopes the electronics and finishes generally found on their high-end USA offerings. The dimension range finds Spector delving into the extended range territory for the first time in their production line basses. The 37’ – 34’ scale twinned with the Fishman Fluence pickups instantly suit the bassist looking for a modern instrument capable of drop tunings and clean /crisp tones. The finishes are pretty unique with the ‘Haunted Moss’ with their high end additions including a 5 piece maple / Wenge neck with Luminlay side dots for ultimate visibility. Available in 4 and 5 string configs. 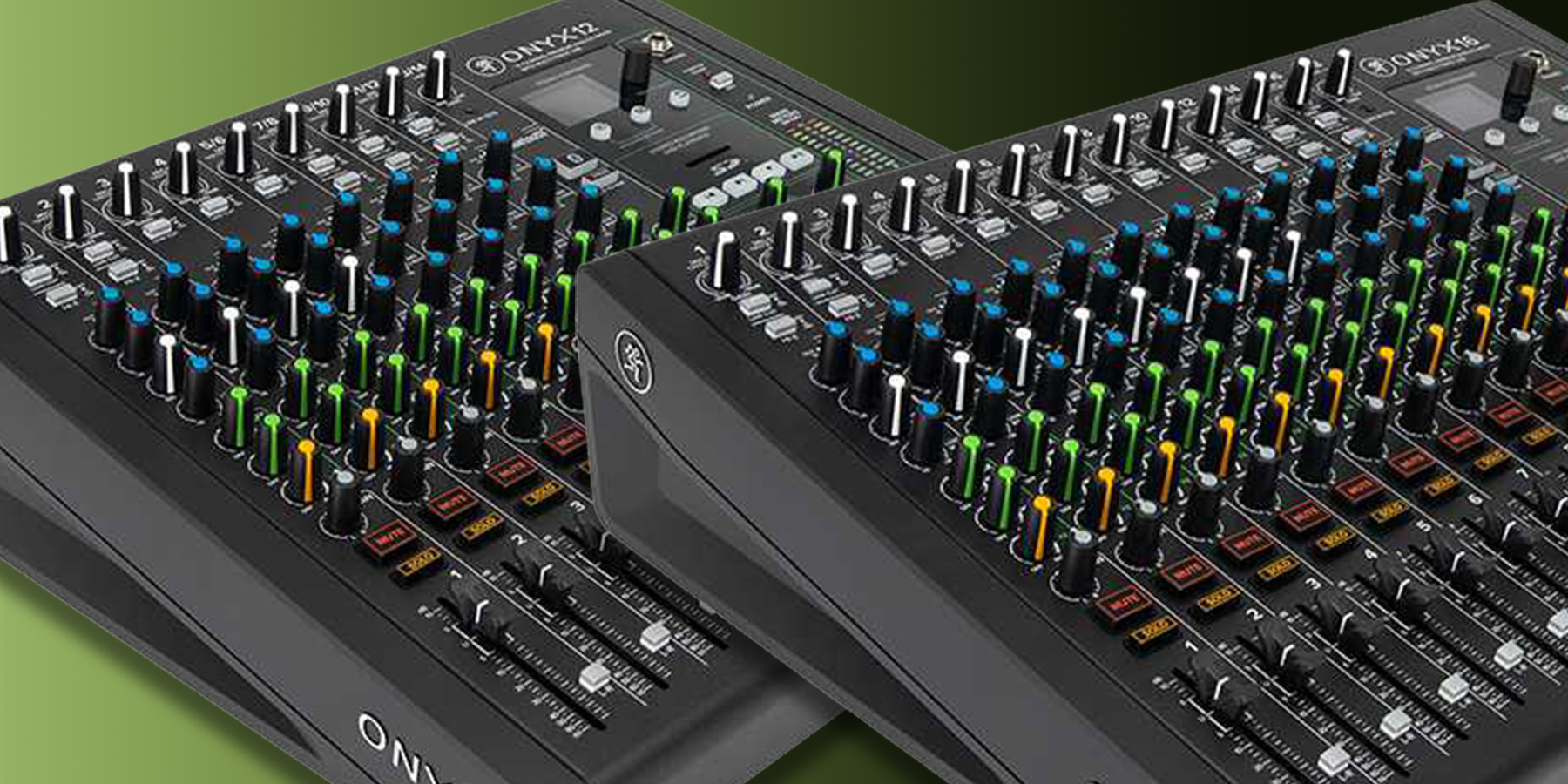 Mackie announced their new Onyx Premium Analog mixers. Building on the Onyx legacy and family of mixers, the new Onyx mixers come with new features sure to entice the modern content creator and music maker including multi-track USB recording, stereo SD card recording, a master bypass on each channel EQ and a digital effects engine. The new Onyx mixers come in an 8, 12, 16 and 24 channel configurations, each with Onyx mic preamps that provide 60dB of gain and when used as a USB interface they can record up to 24-bit/96 kHz quality. 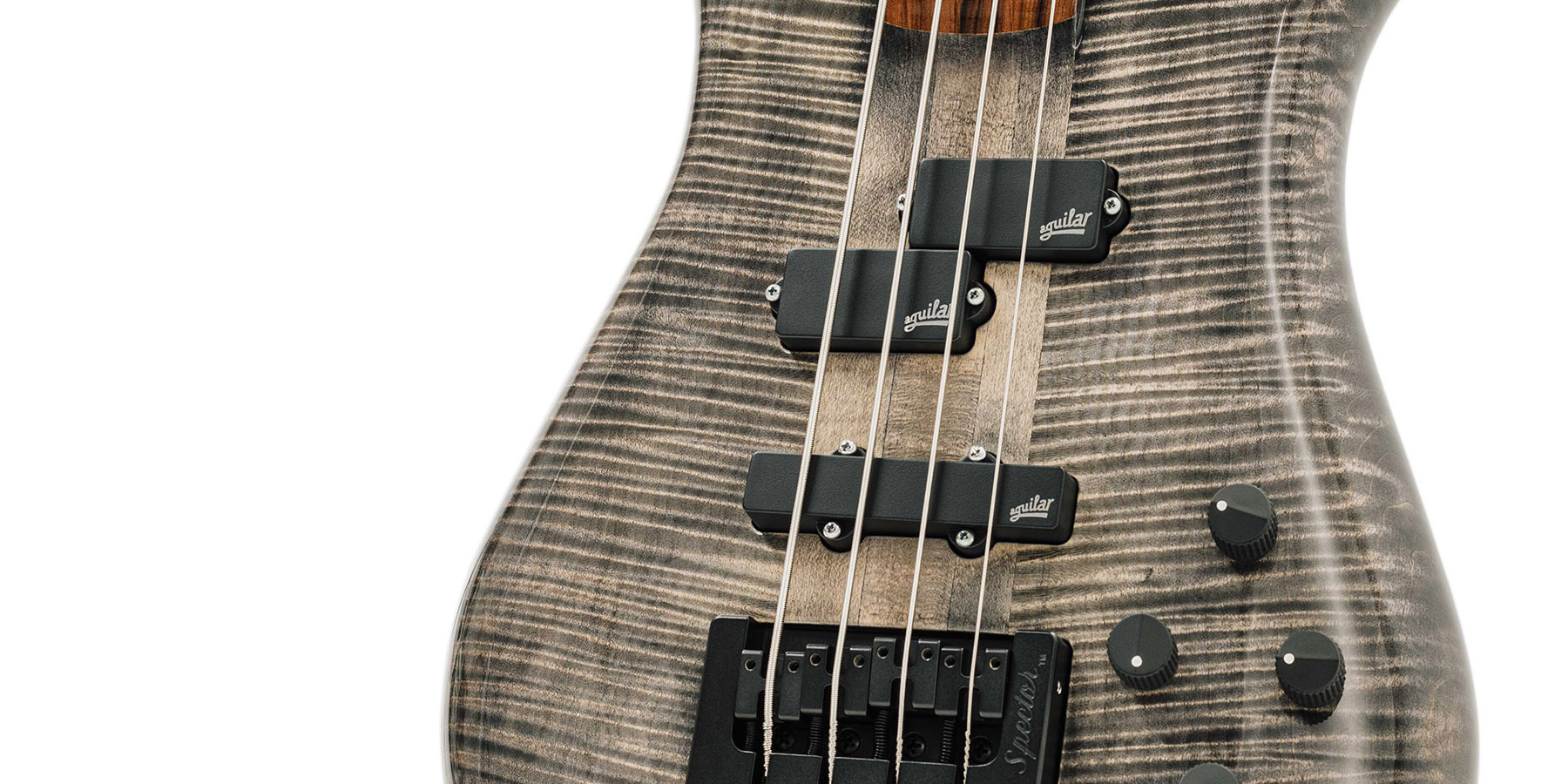 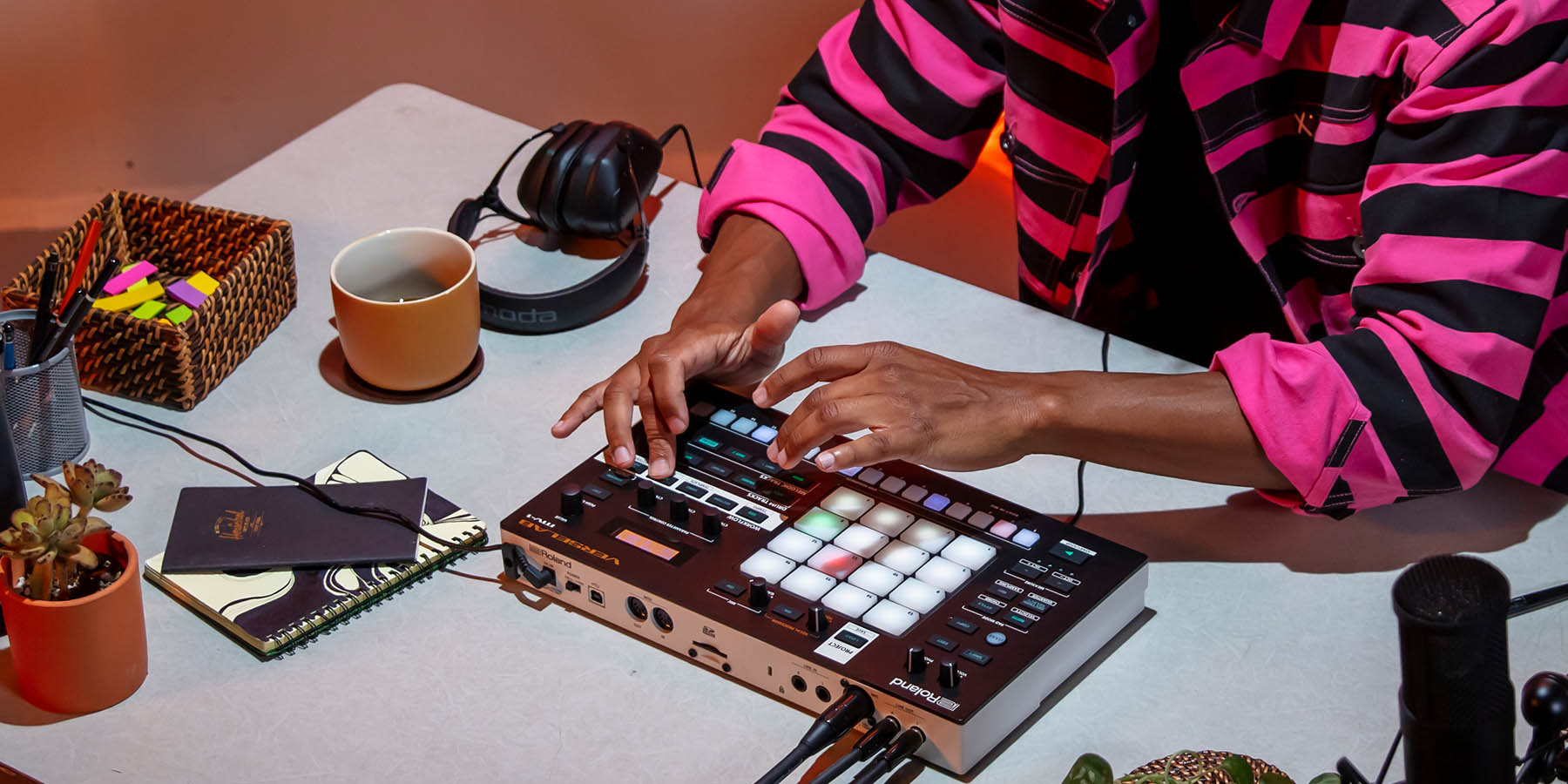 Roland announced Verselab MV-1, an all-in one groovebox/workstation featuring Roland’s ZEN-Core synth engine, vocal recording and song arrangement with TR style step sequencer for beat making. This follows a string of new grooveboxes from Roland over the past 18 months, but the MV-1 sets itself apart as it tries to capture the imagination of people who want lay down some vocals without having to head to the computer. Singers and MCs this might just be the product you never knew you needed, or maybe you did?

PLAYdifferently release their new Model 1.4. They reached near cult status over the years since their first signature DJ Mixer the Model 1. Designed in conjunction with techno artist Ritchie Hawtin, the Model 1.4 is, in essence, a 4-channel equivalent scaled down from the 6 channel Model 1 offering the same unmatched sound quality and premium construction that PLAYdifferently is known for. The Model 1.4 is a fully analogue DJ mixer designed with premium circuitry components that makes it feel equally at home in your studio as it does in the club.

Fender – released an enormous range of guitars (and amps) for 2021.

There’s also the NAMM TEC awards with Universal Audio picking up the biggest collection of prizes in the Technical category for its Apollo x 4. Also (Computer Audio Hardware); Neve 1084 Preamp & EQ Plug-In (Signal Processing Software-Dynamics/EQ/Utilities), and the company’s LUNA Recording System (Workstation Technology/Recording Devices). Two pro audio brands who each have a long history of sound gear innovations took two awards a piece, also in the Technical category. They are JBL and AKG, both recognized for professional gear in several categories including Amplification Hardware-Studio & Sound Reinforcement, Headphone/Earpiece Technology, and respectively, as well as additional categories.

I’m sure there’ll be more announcements this week now that NAMM has officially ended. Stay tuned to Noisegate and for more, please check out all our NAMM 2021 and the post NAMM coverage here.