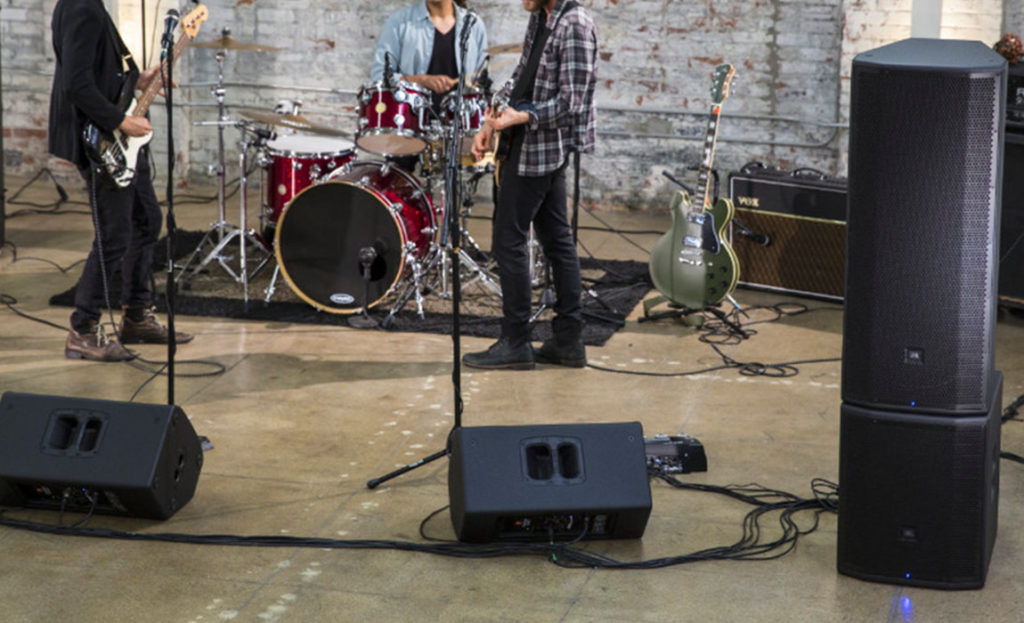 It’s become common in pro audio to refer to loudspeakers that are powered by an external power amplifier (e.g. a JBL PRX400) as ‘passive’ and loudspeakers that have a power amplifier built in (e.g. a JBL PRX800) as ‘active’ or ‘powered’. Most audio folk will know exactly what you mean when you use these terms, and if you ask a dry-hire shop for a pair of ‘active’ speakers, you’ll be on your way with a pair of JBL EON600s or similar without any drama. Unless you get that ‘special’ staff member who loves to be right, though confusing.

It wasn’t that long ago that the terms ‘active’ (or ‘powered’) and ‘passive’ all referred to the way a two-way or three-way loudspeaker’s crossover worked, given that all PA loudspeakers had external amplifiers. While JBL introduced studio monitors with built-in amps in the late 1960s, it wasn’t until the 1990s when Meyer Sound starting making self-powered loudspeakers for live sound that they became common.

A passive crossover is found built-in to a lot of two and three-way passive loudspeakers. One channel of amplified signal is sent from the power amp to the loudspeaker. Using resistors, capacitors and inductors, the signal is filtered and split into the different frequency ranges required by the woofer, mid driver, and tweeter. This process doesn’t require any additional electricity other than what is already being supplied by the power amp.

An active crossover is usually an external processor (once analogue, later digital) that takes an incoming line-level signal from your mixer, splits it two, three, or four ways with its filters, and then outputs line-level to your power amps. You then need to wire the output of each amp to the correct driver – tweeter, woofer, sub and so on.

And here’s where you can get into frustrating yet technically correct conversations with your local audio know-it-all. It is entirely possible to have an ‘active’ ‘passive’ loudspeaker – this is a self-powered loudspeaker that takes a line-level input, sends it to an internal amplifier, then has a passive crossover in-line to split the signal to the woofer and tweeter. Some cheaper ‘active’ loudspeakers use this design, as you only need one power amp channel.

You can also have an ‘active’ ‘active’ loudspeaker, and most modern, professional self-powered loudspeakers use this design, including JBL EONs. These speakers take the line-level signal input, run it through a built-in DSP, and then send it to two or three power amplifier channels, and then onto the drivers.

And if you’d like to get really confused, loudspeakers exist that are a combination of both: picture a self-powered three-way loudspeaker with two channels of power amp. Line-level signal comes in and is filtered by an active crossover into high and low. These two signals are then sent to the power amp channels. The low driver takes one output, then the high amplified signal is sent to a passive crossover and split into mid-high and high, and on to the respective drivers. I guess that makes it an ‘active’ ‘active’ ‘passive’ loudspeaker?

Best avoid this conversation altogether and just ask for a pair of JBL PRX800s at your next dry-hire, yeah?