Have you noticed manufacturers citing their audio mixers as analogue, digital and now ‘hybrid’? Wondering what that means when it comes to actually using the mixer? Here’s a no nonsense explanation of the differences and some pros n’ cons. 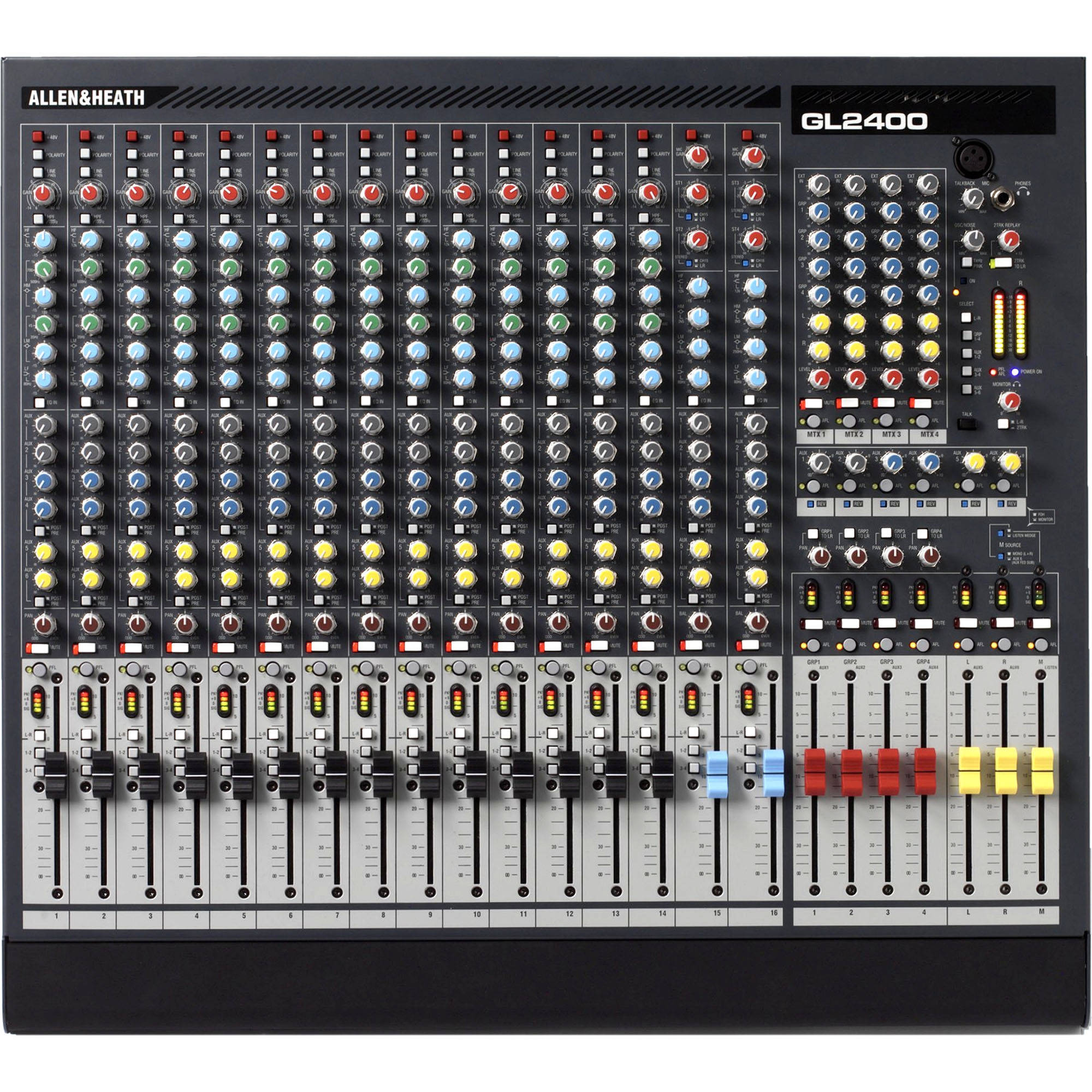 They are a collection of wires and components hobbled together to combine, adjust, boost and attenuate the wiggly wavy voltages we call ‘audio’, then they send that final voltage to something that will eventually convert it to sound; a speaker.

In general, the advantages of these old school style mixers lies in their simplicity and ease of use thanks to their ‘what you see is what you get’ panel. No hidden menu screens to be confused by here. You plug something in to a channel input, turn it up, turn the master volume up, and in all likelihood, you’re gonna have some audio come out. You plug another audio source into a second channel input, turn it up and bam – both those channels come out the master. Simple. In reality though, that’s only the simplest use case and there’s a whole lot of features attached to professional mixers that crowd the panel with knobs, sliders, switches, and lights — which in turn, can make them very large.

Another advantage that some producers swear by is the analogue ‘mojo’ of overdriven circuitry. Some mixers are sought after for the pleasing way they distort when the gain is cranked up. For example, Jungle and D’n’B producers have a well known attachment to ‘90s Mackie mixers. Then there’s the high-end analogue studio mixers by SSL that impart a difficult to describe character that mixing engineers have lusted over for decades, and countless software manufacturers have attempted to recreate.

Since analogue equipment is using physical circuitry to adjust the sound, some analogue mixers are also susceptible to performance variances in different climates, as components expand/contract when in warmer/cooler locations. 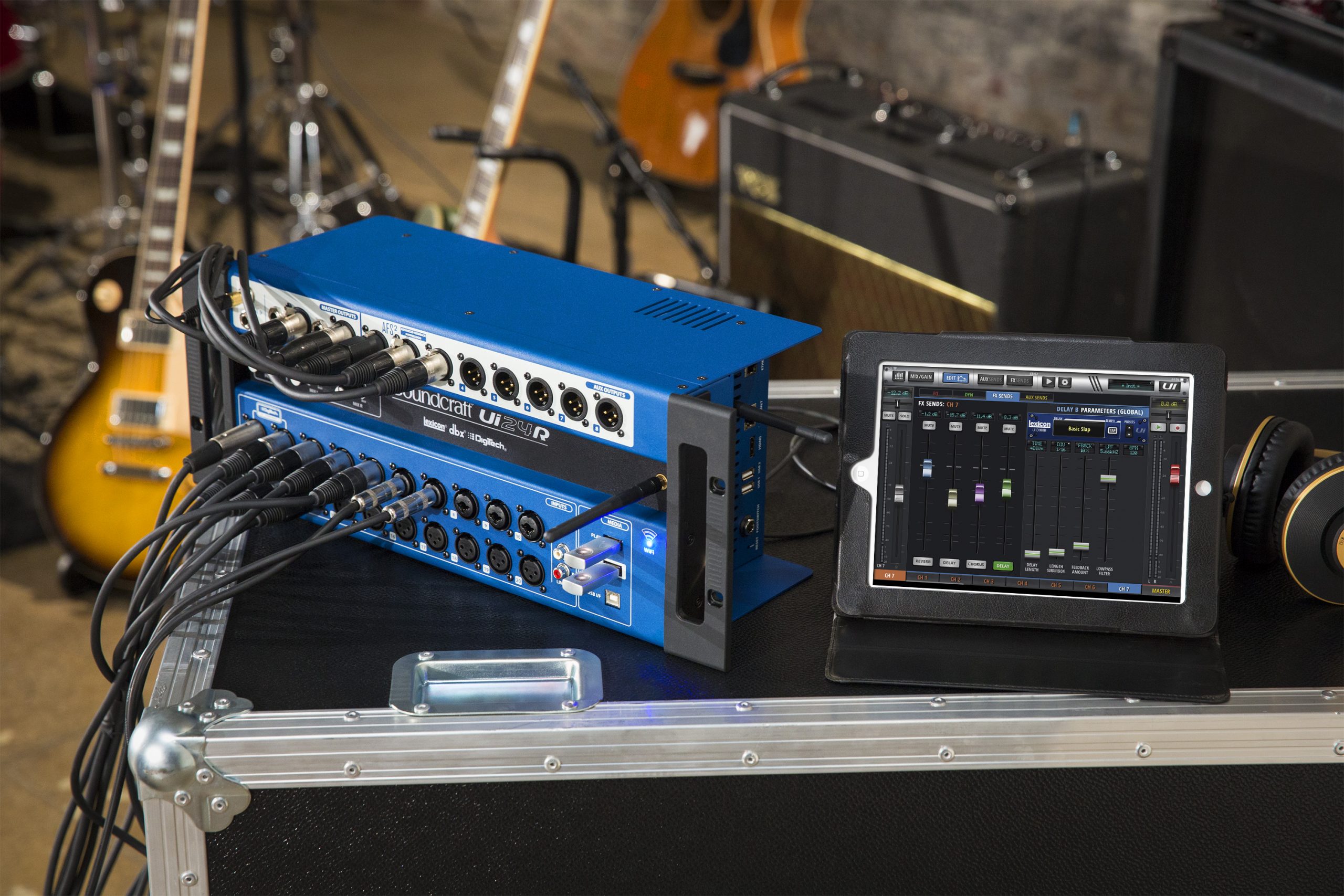 Digital mixers are essentially computers packaged in hardware designed for audio. While analogue mixers keep the audio in the analogue voltage domain, digital mixers convert the analog audio to digital information, adjust that information as per instructions via its internal processing, then convert it back to analogue voltage/audio to be sent to speakers. This is commonly referred to as AD/DA conversion (Analogue to Digital, Digital to Analogue) and is its own blackhole of vague specs. Fortunately, it’s 2020 and the technology is quite mature, but perhaps your main concern is lag – how long it takes for that processing to take place before it spits your audio out.

Much like computers, digital mixers vary in their power and appearance. Some, like the Soundcraft Ui series (pictured above), do away with hands-on controls completely and are simply a box peppered by connection points that you control via an app on your mobile device. Others mimic the analogue workflow with knobs and sliders, but often many controls are ‘multi-use’ — controlling a parameter displayed on a screen at that point in time. 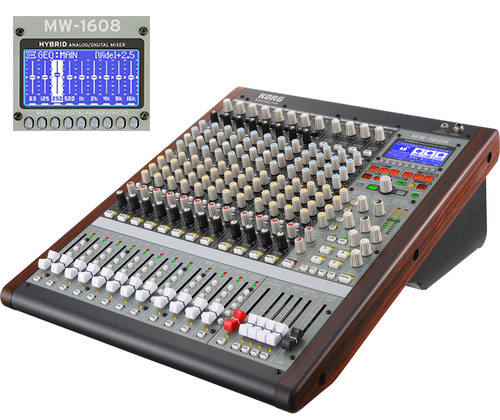 For many uses, like jamming on music gear at home, an analogue mixer is entirely sufficient. But many manufacturers can’t help themselves and sprinkle on some additional digital features, thus the term ‘hybrid mixer’. There’s a real danger of packing in too many features in this scenario, ruining the appealing control-per-function nature of an analogue mixer. It’s a thin line manufacturers have to tread carefully.

Korg’s new Soundlink series mixers wear their hybrid badge with pride. Co-designed by 2 legends of analogue mixer design; Greg Mackie and Peter Watts, Korg have opted to take Mackie and Watts’ prowess with characterful analogue circuitry and add some digital bells’n’whistles. The digital section of the mixer is an FX engine, dynamics engine, EQ, mute groupings, audio spectrum display, feedback suppression and some handy room tuning tone generation functions. These settings can be saved and recalled in preset scenes. To quote their manual:

“You’ve set up Mute Groups, added dynamics to Aux 1 and 2 outputs, fine-tuned the graphic EQ, assigned the feedback suppressor and customised the Warm Hall reverb effect. Do you really want to do all these adjustments again for the next gig of this type? Nope. That’s where Global Scene Memory comes in handy.”

Tascam call their Model series hybrid too, but have taken a different route. Their range features hands-on analogue mixing like the Korg mixers, but the additional digital section is more focused on recording than live-sound reproduction. Unlike the Korg Soundlink mixers, they can record to SD card, connect to a computer for use as a fully spec’d multitrack audio interface, feature MIDI functions, and as of the most recent firmware update, have a looping function. The FX engine however, is far less complex than Korg’s.

So we can summarise from those 2 examples, a ‘hybrid mixer’ simply refers to some kind of analogue mixing circuitry/workflow with bonus digital functions. But in reality, I have no doubt manufacturers’ marketing departments will find new ways to blur the boundaries.