The Art Of Synth Design With Tom Oberheim and Axel Hartmann

Synthtopia is one of the most respected synthesizer blogs online, being a first-click destination for the latest news and advice on all things synth.

In conjunction with blogger Darwin Grosse of the Art + Music + Technology podcast, they have recently uploaded interviews with two luminaries of the synth world: Tom Oberheim, and Axel Hartmann. 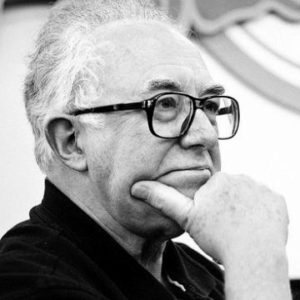 Even if you don’t know anything about synthesizers, you know the sound of Tom Oberheim’s synths. Perhaps the best known Oberheim synth sound is the opening riff from Van Halen’s “Jump”, which is the first preset on the Oberheim OB-X played through a Marshall stack.  Superseding the OB-X was the OB-Xa, which is responsible for the synth sounds on “Controversy” and “1999” by Prince. You could certainly argue that Oberheim helped shape the sound of American popular music in the mid-80’s.

In this interview Tom talks about the beginnings of his career, his synthesizer designs, the explosion of the Eurorack format, and his involvement – or otherwise – in the development of the MIDI protocol.

You can listen to Tom’s interview here, or read a full transcript of the interview on Synthtopia. 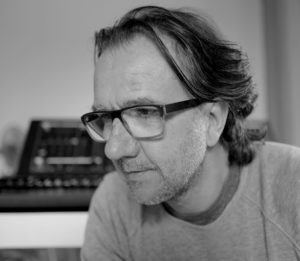 Axel Hartmann is another synth design guru, whose career began at Waldorf Music in 1989. These days Axel’s company Designbox has had a hand in designing some modern synth icons such as the Alesis Andromeda, Access Virus Polar, and the Arturia MiniBrute and MatrixBrute.

You can listen to Axel’s interview here, and read the full transcript on the Synthtopia website.

Both interviews are excellent and illuminating, showing the different styles and philosophies between Tom and Alex. Alex’s interview in particular highlights how important the design and ergonomics of the hardware to his process.