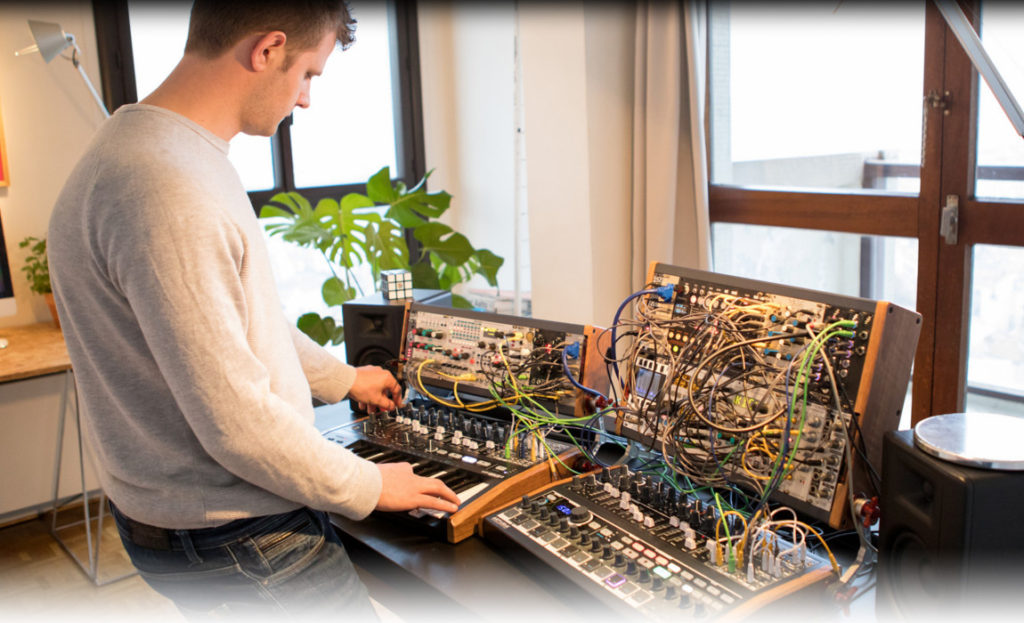 Announced in January, Arturia’s highly anticipated MiniBrute 2, MiniBrute 2S, and RackBrute systems are now available to own, and in stock at all good retailers.

To highlight the unique creative potential the MiniBrute 2 ecosystem offers, Arturia teamed up with French modular mastermind Maxime Dangles to showcase the more experimental side of their new Minibrute range.

An electronic musician from the south of France, Maxime Dangles lives for synths and modular. On top of releases on labels like KOMPAKT and Bedrock, he also performs live as part of techno trio möd3rn, and plays solo shows using big modular systems under the guise of DNGLS.

“As a big fan of modular, I absolutely love that new Brutes include a big patchbay! And yes, I can do whatever I want very easily. The FM possibilities, even without any patch cables, are really exciting. The RackBrutes are strong, easy to travel with, and clever.”

“I like that there’s more than one way to sequence note information on the both machines. For example, a nice creative feature on the MiniBrute 2S is a sort of “MIDI looper”, that loops the notes as you play them on the fly. There’s also 2 other assignables on the sequencer, giving you really deep control of whatever you want in your sequence.”

“It looks like a dense setup, but when Arturia asked me to perform in a video showing off the potential of the new MiniBrute 2 ecosystem, I decided to bring my “A game”. I wanted all the notes and synth sounds played from the both MiniBrute 2 and MiniBrute 2S, and I also wanted to create sounds with both short and long, evolving tones, showing off its sound palette.”

“First off, I created the bass sound and sequence with the MiniBrute 2S. Then I found the lead sound on the MiniBrute 2. I recorded and stored a sequence on it, so I could then trigger it whenever I wanted. Finally, I played a little arpeggio you can hear at the end the video. One tricky thing here was using the trigger from the Eloquencer, which in turn triggers the VCA envelope of the MiniBrute 2. It create a rhythmic pattern on top of the note sequence. After the synth sounds I was after, I filled up the RackBrute 3U with effects, and packed out the RackBrute 6U with everything I needed to handle the drum sounds.

Used for the main lead track that is played from the beginning, and carries on throughout the performance.

First used to play the bass parts, and then later in the performance for the arpeggio. All the notes are generated by sequencer in the MiniBrute 2S.

In this instance, dedicated to Eurorack effects units, notably:
• Mutable Instruments Clouds to process the drums
• Intellijel/Cylonix Rainmaker altering the sound of MiniBrute 2
• Erica Black Hole DSP on the arpeggiated notes from the MiniBrute 2S

Containing the modules that handle drum sequencing, drum sounds, and mod sources for the effects:
• Winter Modular Eloquencer triggering all the drum sounds
• Orthogonal Devices ER-301 playing the kick and snare samples, and mixing the other drum sounds.
• Mutable Instruments Braids in “meta mode”, playing some of the percussion sounds.