Behind the Score: The Virgin Suicides 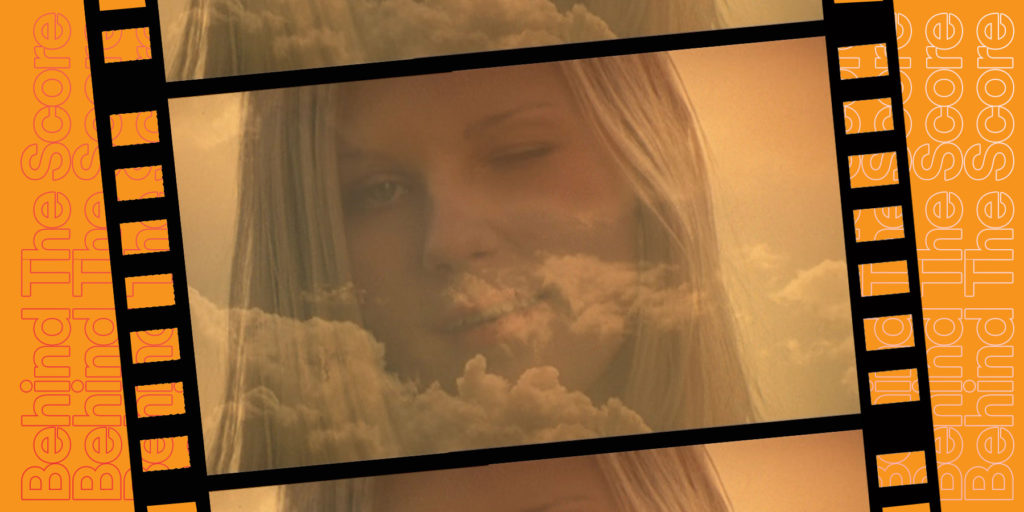 The moody soundtrack for the Sofia Coppola’s dreamy masterpiece The Virgin Suicides is inextricable from the film’s sticky wonderland inhabited by the Lisbon sisters and the teenage boys who feverishly obsess over their demise. French duo Air, composed of Nicolas Godin and Jean-Benoit Dunckel, were the masterminds behind the analogue-synth heavy score, having been approached by Coppola and her music director Brian Reitzer following their critically acclaimed 1998 album Moon Safari. The film follows the teenage boys as they obsessively observe the comings-and-goings of the Lisbon sisters and their extremely strict Catholic parents. As the film progresses, the girls slip further into their isolated world, only ever able to escape through perusing mail-order travel magazines, playing soft rock hits through a telephone speaker, and ultimately, committing suicide. The visual landscape of the film is dreamy and fantastical, a retrospectively romantic gaze back at coming-of-age in Middle America during the 1970s. Moving around within this heavenly pastel world of soft lighting and paisley wallpaper, are the five angelically blonde Lisbon sisters. The film is narrated retrospectively by the now-adult teenage boys living across the street from the Lisbon house at the time of the events. As such, the film exists in the heady half-light of recalled teenage memories; the girls’ suicides now the stuff of myth and fantasy, and the girls themselves illuminated demi-angels.

The score crafted by Air contributes greatly to this nostalgic tone of the film. While Godin and Dunckel composed in direct response to early cuts of the film they were sent by Coppola, Coppola had already been influenced by the sounds of the band. During her writing of the screenplay Coppola drew inspiration from an earlier Air EP Premiere Symptoms after coming across it in a small record store. As such, it is nearly impossible to extract the influence of Air’s retro-romantic, Moog heavy electronic from the lasting aesthetic world of the film. During the making of the film, Coppola was introduced to the band by Reitzer, who had spent the previous summer drumming for the band on their Moon Safari tour. These moments of serendipity left Coppola determined to work with Air for the scoring of the film stating in an interview with Jeffrey M. Anderson, ‘I wanted to work with them because they have that kind of dream-like sound’.

Towards the end of the film’s production, Coppola sent Godin and Dunckel some preliminary rushes, which they then in turn responded to with a lush and nostalgic body of mostly down-tempo music. However, once the band saw the final cut of the film, they were concerned that they might have missed the mark in terms of tone. Godin tells Dazed in 2015 ‘When Sofia sent us a videotape of the rushes, they seemed very dark… But when I saw the final edit of the movie, I thought it was so much lighter. She had mixed it and completely transformed it. I was worried that the music was too dark for the film, but it seems to grow old well and people seem to appreciate the fact that it has this quality’. Godin is certainly correct in this assessment, as the soundtrack was a huge commercial hit and remains a key talking point when discussing the film over 20 years after it’s release.

The arrangements of the score are composed almost entirely of analogue keyboards and synthesisers as well as classic late 60s and 70s rock instrumentation of drums, bass and guitar that hark back to the psychedelic sounds of Pink Floyd’s Dark Side of the Moon and The Beatles’ Abbey Road. Speaking to their use of vintage gear, Godin states ‘We still had no money at this time, so we bought the most affordable instruments available; analogue synths from the 70s… (a) Rhodes electric piano, Solina string ensemble, Moog, KORG MS20 synths, vocoder and organs’.

In a twist of fate that perhaps added to the sweaty sounds of the film, Dunckel fell ill with a fever during the recording process. He told Dazed ‘When we were recording the drums and some of the main tracks for the film, I got really, really sick and had an awful fever… I was about 40 degrees for the whole week when we were recording. I honestly feel like the fever went into the music. When I had this fever, my senses were really strong and I feel like I was making better music than before. My body was all hot and everything was happening really fast’. Perhaps Dunckel’s fever aided the band in some way, somehow mimicking the smothering claustrophobia befalling a teenager raised in deep suburbia.

In addition to Air’s score, Coppola and Reitzel selected a number of pop and rock songs that were featured at key narrative points throughout the film. Bands like Heart, The Hollies, Todd Rundgren and The Carpenters set the universe of the film firmly within the mid-70s. In contrast to the sublime and otherworldly score, these tracks firmly cement the characters within a material world. In contrast the Air score that runs throughout the film ‘is metaphysical, aligned with the heavens. Through it’s spacious. Soaring, almost hymnal synth harmonies, pulsating rhythms, and bittersweet melodies, (it) conveys musically the translucence of memory and invests the ethereal spectres of the Lisbon sisters on-screen with an added otherworldliness’. The sourced soundtrack and the composed score work in conjunction to show the hard realities of live as a teenage girl in the 1970s, and the fantastical remembering of our narrators.

In writing the score, Godin and Dunckel drew on their own experiences of being unhappy teenagers. Speaking with Dazed, Godin echoes the sentiments of the disillusioned Lisbon sisters when he states ‘I really hated being a teenager’.  He goes on to acknowledge that he most definitely brought that to the film score, noting that much of the message of the film can be summed up with ‘the idea of not being loved enough’. Dunckel goes on, ‘I think the real spirit of the soundtrack is this fascination with death and the fascination with having your spirit floating when you die and how you may suddenly feel free and liberated from Earth, from all you are and the adult’s world that you actually hate. I’ve never wanted to kill myself and I’ve never felt that bad, but I think the music in the film is a lot about this idea’.

And so it is with this empathetic despair that Air were able to write a score seems to ooze throughout the film; thick, oily and ever-present much like the inevitable deaths signalled in the film’s title. Though many of the musical moments written for the film did not end up in the final cut of the film, Air released the soundtrack as an independent album intended to be listened to on it’s own terms. For Air, their association with Coppola and The Virgin Suicides provided lasting credibility to their music career. Dunckel acknowledges the lasting success of the soundtrack when he proclaims, ‘After we did the music for The Virgin Suicides, everything changed for the band so much. People thought we were white trash before, but when they heard the soundtrack it was so deep and magical that we gained more respect… And, of course, the soundtrack became legendary’. Indeed it did.

References for this article can be found at Dazed, Mubi, Pitchfork, Focus Features and Stereogum.