The Gold Coast’s Blue Shadow Group, a full-service production company providing audio, lighting, and video across the event, corporate, and touring markets, has invested in an Adamson S7 line array with subs, joining the growing Adamson hire network across Australia. The ultra-compact S7 system recently launched at PL+S in Frankfurt, is the latest in Adamson’s S Series and joins its larger sibling the S10 and a range of point source models, all featuring Adamson’s legendary mid-range response. 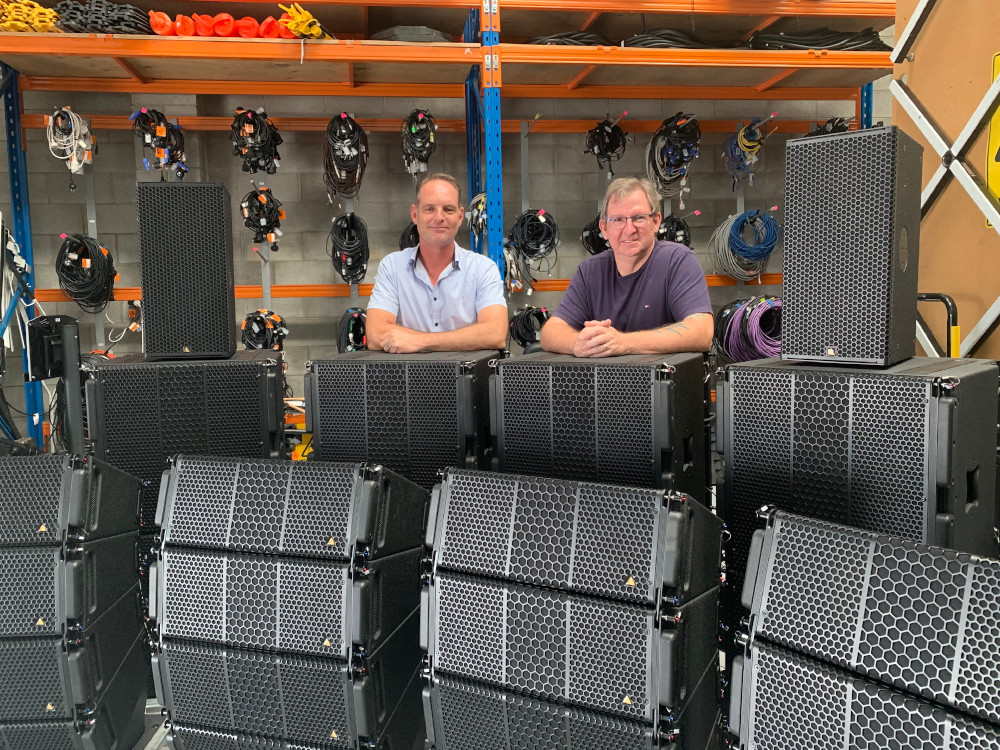 Blue Shadow Group took delivery of 16 S7 elements, eight matching S118 subs, and three lab_gruppen power amps at the end of January, and have experienced constant demand for the system from the moment it entered their warehouse. “After comparing the Adamson S7 to market-leading competitors, we found it to be the right fit for our business,” says Jason Goodwin, Operations Manager at Blue Shadow Group. “It really suits our market, especially the corporate world, due to its size, ease-of-use, and amazing vocal clarity.”

With Blue Shadow Group regularly working in hotel ballrooms, function spaces, and their in-house venues such as Southport Sharks Event Centre, a light, flexible system like the S7 saves time and logistical effort. “In terms of manual handling, the S118 subs are a one person lift,” elaborates Jason. “One person can set up a four element ground stack in no time. Because the S7s are just under 16 kg per top box, they’re simply more user-friendly in more venues. And when we fly them, we can cover a more than decent area.” 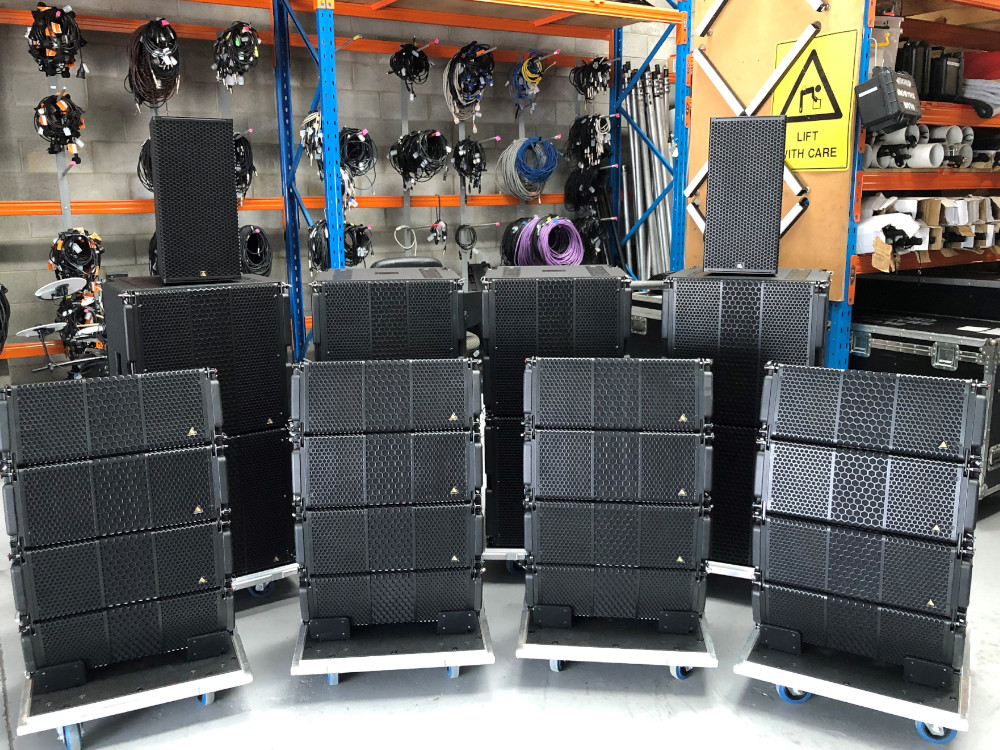 Employing two 7” models of Adamson’s famed Kevlar drivers and a 1.4” exit compression driver, the S7 delivers the results that the brand is known for. “The clarity and intelligibility are amazing,” confirms Jason. “For speech it’s incredible; the spoken word really comes forward. I’ve loved the clarity of Adamson since I first heard the brand, which was an E Series rig for Queens of the Stone Age at Brisbane’s Riverstage. The results are just very, very nice.”

One of the advantages of owning an Adamson system is the opportunity to partner with other Adamson houses to supply larger events. Blue Shadow Group are doing just that in cooperation with Brisbane’s Aisle 6, who have an S10 system in their inventory.

“We’re partnering with Aisle 6 on the Big Skies festival outside of Dalby next week,” illustrates Jason. “Their full S10 rig will run left-right on the main stage, and our S7 system will run as delays in what is a natural auditorium on Jimbour Station. We’ll also be supplementing the main PA with our subs. Opportunities like this were one of the reasons we invested in Adamson.”

Upcoming hires on major events include a possible special appearance in Sydney in July (stay tuned!), while the rig continues a busy schedule of gigs and demonstrations to possible installation and hire clients.

“All of Adamson’s line arrays are very rider-friendly,” observes Jason. “We’re seeing touring engineers at both a national and international engineers specifying them. We’re more than happy to get our S7 system out to anyone that’s interested in using it, and we love to give demonstrations to both freelance engineers and potential clients so they can hear what it can do.”