In The Studio: Having a Chat with Carl Cox 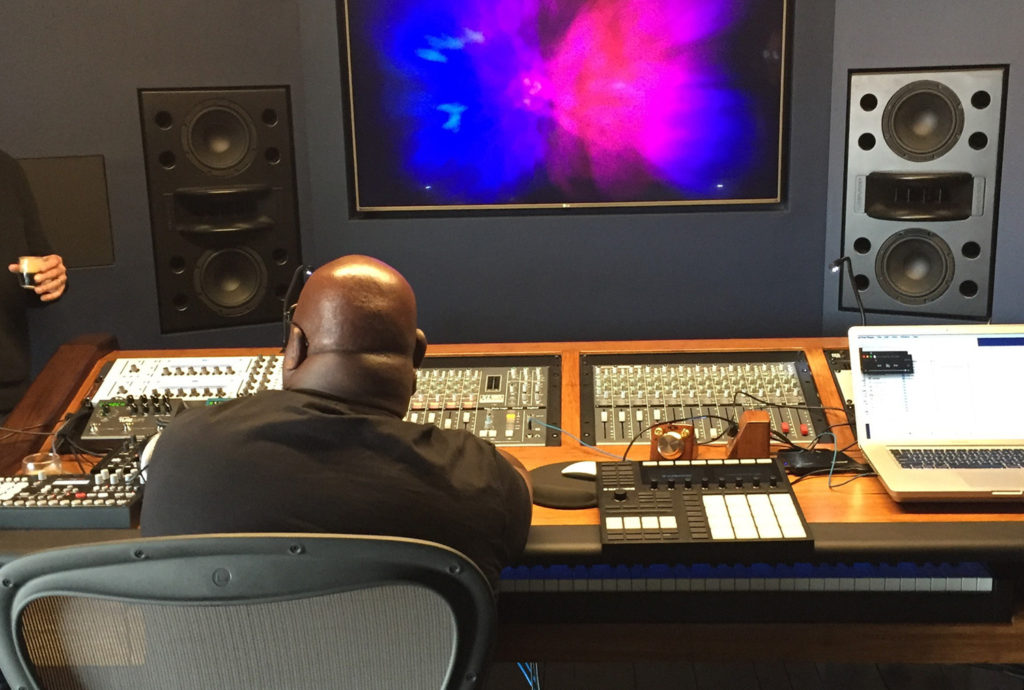 Carl Cox hardly needs an introduction. With a career spanning over three decades, Carl has changed the landscape of electronic music and blurred the boundaries between artist and entrepreneur. Thanks to a love of music and a willingness to embrace emerging technologies, Carl has asserted his position atop the techno pyramid.  In 1988 he opened up a new world of mixing possibilities by incorporating a third turntable into his sets. In the early 2000s he was at the forefront of the digital revolution – using early incarnations of Native Instruments Traktor and Ableton Live. In 2011 he challenged the way music could be distributed by releasing his 6th studio album on state of the art, self-updating USB technology. He’s run various successful record labels, his own music management company and played thousands of gigs at the world’s biggest and best clubs. All of this while running Carl Cox Motorsport and a radio show reaching over 17-million weekly listeners worldwide. Although he has begun slowly winding back the number of gigs he plays, Carl has no intentions of slowing down when it comes to making music. We sat down with Carl in his new studio to discuss workflow, gear and his general music making process.

How long has your new studio been in the making?

It’s probably been about a year from when we began talking about putting it together. Building a studio can be quite daunting because once you’ve built it there’s no going back. From the very outset you need to make decisions on how you want the room to sound and the way you’re going to put it together. With this studio we chose to work with the character and materials of the existing room rather than build a room within a room. The space was originally a cold room for storing apples with thick walls and good acoustic properties so it was a good foundation to build on.

With such a busy tour schedule, are you planning on keeping up with gigs or are you looking to spend more time in your new studio?

Over the last two years I’ve decided to slow down and scale back the amount of shows I’m doing, although not as much as some people might have you think. A year ago there were rumours that I was going to stop djing all together! I still enjoy playing and there is still demand so I plan to keep going. I was playing around 130-140 gigs per year a few years back, last year I got it down to around 50 gigs a year, and this year I’m looking at around 30 gigs. Less shows means I’ll have more time in the studio, to be more creative and release more music in the future.

When you start writing a tune what is your go-to piece of hardware or software?

First and foremost I always open up Ableton Live.  I’ve been working with Ableton for over 10 years now, the development of the program over that time has been phenomenal.  I can open it up and dive straight into making music with minimal setup and without having to rely on external plug-ins. It has everything you need to start making music right in the box.

We know you’re a big fan of Native Instruments. How long have you been using Komplete?

I’ve been using Komplete for the last 5 years or so. Really once you have Komplete you have everything.  Even to this day I feel like I’m just scratching the surface of what it’s capable of. I’m excited to dive into Komplete 11 and see what it has to offer.

What’s your setup when you’re djing? Are you still running with 3 decks?

I’m actually running 4 decks with Traktor. I use the Traktor D2 as my main controller. It allows me to have hands on control of the software without having to look at the computer screen. I was using the Traktor S8 as my primary mixer, but I’ve recently switched over to the Play Differently Model 1. I find that from a frequency/sound-sculpting point of view the Model 1 gives me the ability to really hone in on certain frequencies and work them.

Do you find it difficult to remain inspired to write and create music in and out of touring?

It is difficult to balance the time required to prepare for dj sets with the time required to create music. I actually don’t think you can do both at the same time, at least not well. When you’re in the studio you need time to get into the creative headspace without feeling like you need to leave and catch a flight while you’re in the midst of making one of the best records of your life. If I’m djing and touring I try to just focus on that. I still make music on the fly when I have 2-3 hours in the hotel room doing nothing, but it’s mainly just throwing down some ideas in Ableton. To actually finish something and do it properly I find that you actually have to set aside the time without distraction and interruption.

Do you have a preference between software and hardware synths?

As you can image I came through in a time when there was nothing but hardware. I built a studio about 15 years ago that was all hardware, a lot of which was hard to get at the time. Now a lot of those same instruments have been emulated with software to a point where you would be hard pressed to notice the difference. The quality has gotten to a point where people don’t feel as though they’re missing out by not having the hardware and we now have the computing power to run these high quality plug-ins properly.

How’s your approach to making music evolved with technology and has it been an easy transition?

I’d say it’s been quite an easy transition from how we used to make music back in the day to where we are now. If you are relatively computer literate I think making music digitally has become an accessible and affordable process. The other consideration is that there’s now so much equipment and software out there that sometimes you just have to stop looking and utilise what you have. It can be so endless and far reaching that you end up making nothing. If you think about how music was made back in the day, most of the producers only had a drum machine, a sequencer, a couple of chord sounds and maybe an 8 bit or 16 bit sampler. Those guys made some of the best music we have to date with some of the simplest equipment. I think that simplicity is the best way of moving forward, getting to know the equipment and utilizing the sounds the way they were intended can give you a strong platform for experimenting with more complex ideas in the future.