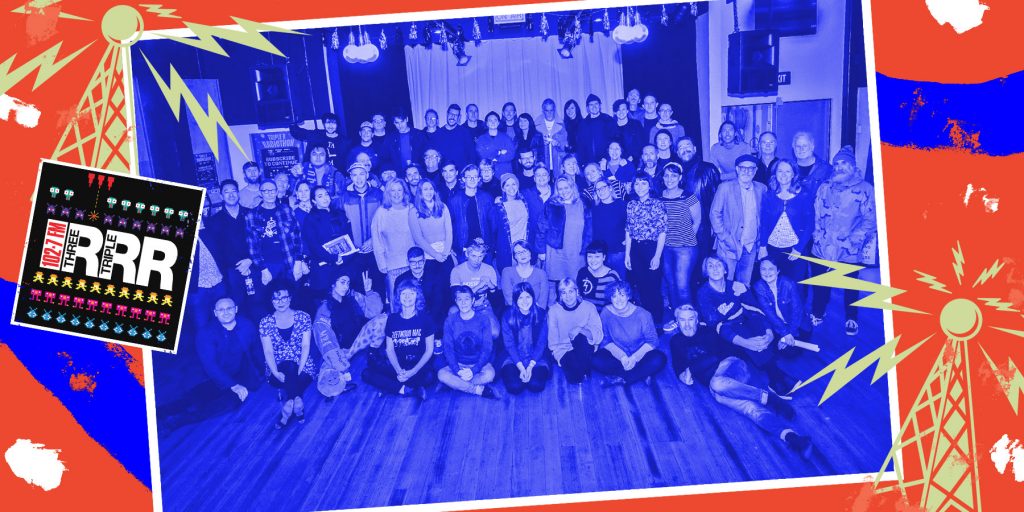 All broadcast presenters work on a pure volunteer basis (except for the Breakfasters show). There are a staggering 800-900 registered volunteers working for the station. This is a testament to the positive impact the station has made to the community for many years. The ongoing strength of this wonderful organization is a measure of how it serves Melbourne and its wider reaches.

Ask any musician, local music punter, music establishment, band booker and they’ll tell you the importance of local radio. Being part of this community is incredibly rewarding and let’s face it, if you’re a musician starting out and wanting to get your music out there, it’s your local community radio stations who are going to champion you first.

Noisegate recently had the opportunity to swing by the Triple R building in Brunswick East for a tour through the studios, the monstrous vinyl and CD libraries and even got to catch a little of the amazing Teskey Brothers in the live performance space. To give readers a deeper insight into what happens “behind the desk”, station manager Dave Houchin kindly sat down with us to answer some questions we were itching to get the details on.

Can you give a brief insight into RRR’s history in this building, going from a lingerie factory to a community radio monolith?

The building was constructed circa 1930 – 1940. It was originally a lingerie factory up until the late ’90s. The station purchased the building at the end of 2003 and started broadcasting from here in early 2005. The fit-out design was done in conjunction with Six Degrees Architects, construction was done by Zotima and acoustic design consultants including Dave Flett plus hundreds of volunteer trades and labour. The project was overseen by my legendary predecessor Kath Letch, our wonderful Project Manager Phillipa Overgaard, and Andrew Croke. The purchase of our building, a heavily contested and brave decision back then, has set the station up for a sustainable future.

What’s the most exciting thing about being part of Melbourne’s biggest community radio station?

It’s a dynamic and exciting place to be surrounded by interesting people doing interesting things, saying exactly what they want to say, playing exactly what they want to play, and doing it all with a tremendous sense of pride and goodwill. It’s an incredible privilege to be paid to work for an organisation that some many people contribute to personally as volunteers and financially as subscribers and donors.

How would say the change from analogue to digital technology in broadcasting has affected Triple R?

Triple R has gone from a local FM broadcaster to perhaps Australia’s most influential not-for-profit media organisation broadcasting on FM, digital radio, online, on-demand, via apps, podcasts and producing written content via The Trip Subscriber magazine and rrr.org.au, social media, live and on-demand videos, including approximately fifty events each year. These platforms have expanded our reach as an organisation and created communities who engage with the station through all, some, or just one of these services. We have an estimated FM/DAB+ audience of 800,000 per month, 15,000 people funding the station through subscriptions and donations, and 800 volunteers working here. We launched a new website last year and have seen our monthly online users grow by 30%+ and engagement grow by 60%+. These are all great things for the station, but obviously the more we do, the greater the daily and strategic challenges. Our audience is a little less defined by their geographic location, but their motivation to tune in remains our championing of Melbourne culture alongside the most interesting the world has to offer. 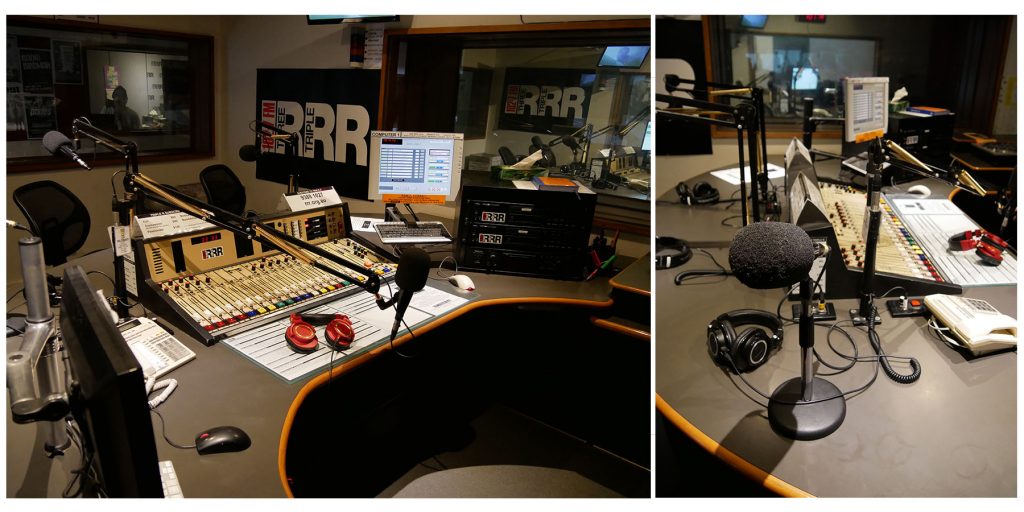 The vinyl and CD libraries here are incredible. How do maintain them after all these years?

Our libraries are maintained by a group of dedicated volunteers. While they remain working libraries that continue to be used, they’re also becoming more celebrated as a great music archive. The CD library contains over 35,000 CDs. The vinyl library used to be about three times the size. It is a bit of a time capsule in that you will find very few releases from before 1976 (unless donated or bequeathed by subscribers) and after the early ’90s. Record companies supplied their promo copies on vinyl right up until ’91 or so, rather than on CD, even though CDs had been around for years. In recent years our libraries have been the inspiration for compilations of re-issued releases such as Midnight Spares and 3AM Spares compiled by (Triple R folks) Andras and Instant Peterson and released on Michael Kucyk’s (another Triple R person’s) label Efficient Space. Triple R’s own live recordings have also be issued by bands years after their initial recording including seminal acts such as The Scientists, You Am I, and many more. 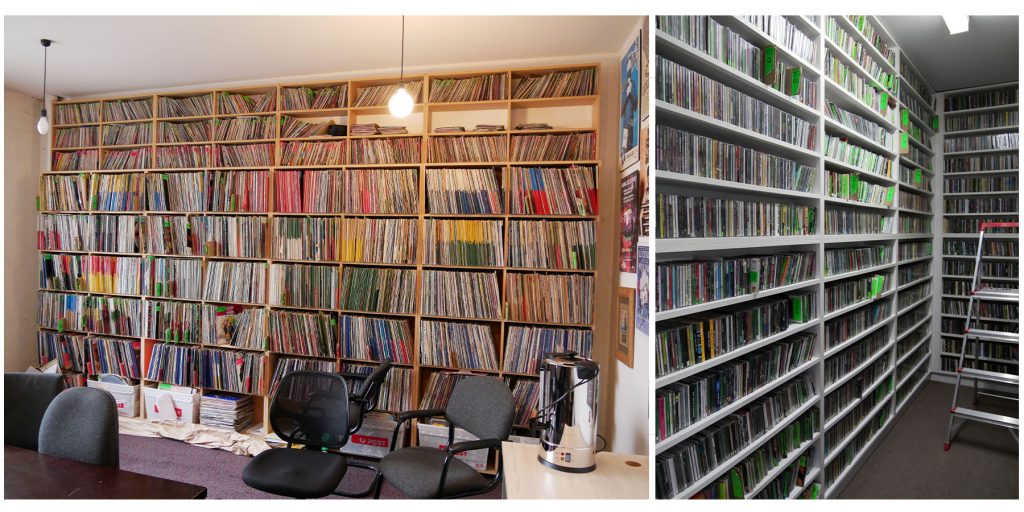 Equipment disaster strikes, how do you work around these worst-case scenarios?

It’s drilled into everyone here that whatever else is going on, what’s coming out the speakers (or not) is the most important thing at any point in time. Working in community radio, you get pretty handy at trouble-shooting basic audio, studio and IT issues. Turn it off, turn it back on again, and if all else fails change studios and call Bill (RRR’s brilliant broadcast tech of 23 years).

Live to air broadcasts, what are the secrets behind these magical experiences?

In 2005, 3RRR relocated to new premises in Brunswick East. Central to the vision for the new premises was the concept of establishing a live performance space that could be used to broadcast music performances to both a live and radio audience. 3RRR has now held 30-40 live broadcast events in this space per year. Mostly the things that make these events work so smoothly is great organisation, exceptional presenters and generous musicians. These days our Events Producer Lauren Taylor runs a tight ship on our live-to-air performances with a brilliant team of world-class techs alongside our dedicated volunteers.

It’s generally when we’re out and about broadcasting from various locations that things have gotten a little more hectic. Whether it’s been throwing audio leads over security fences at Meredith, hammering a hole in the wall at The Tote to make a last-minute live simulcast with PBS and 3CR from ‘The Tote’s Last Stand’ work, or shooting a microwave link over the roof of the police stables and Lachlan Wooden and Dan Dare tweaking our broadcast mix of bands from the back of a car via wifi link at Sugar Mountain, we’ve done what it takes to make an outside broadcast work. 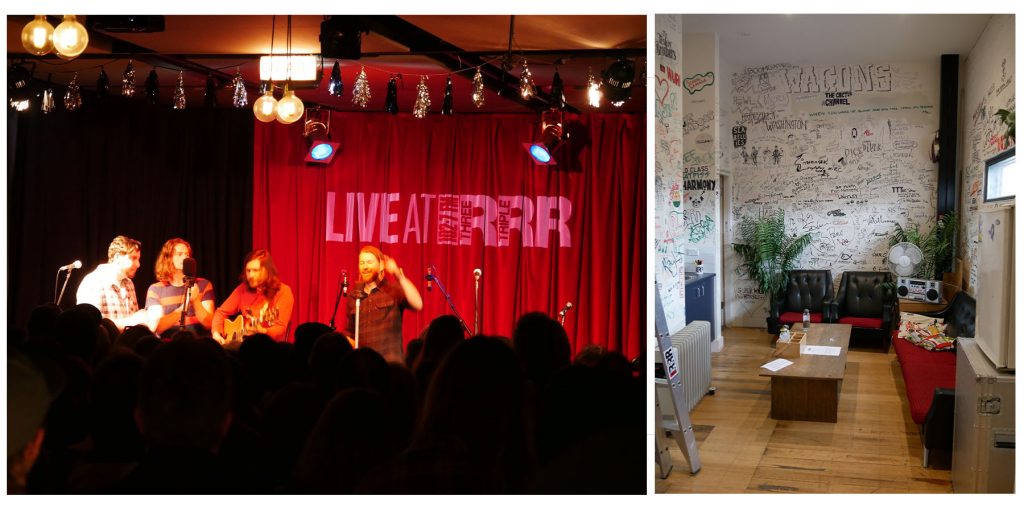 What’s the most effective way for artists and bands to get their music to their favourite broadcasters, and hopefully onto air?

Triple R is unplaylisted. Each presenter selects every track they play but our Music Coordinator, Simon Winkler, distributes releases to presenters every week. Send an email with streaming and download links and bio information to music.coordinator@rrr.org.au and this information will be forwarded to all relevant broadcasters for airplay consideration.

How can people get more involved with their favourite community radio station?

Triple R relies on the goodwill of the hundreds of volunteers who dedicate their time both on and off-air. As well as our regular and fill-in presenters and graveyarders, there are loads of off-air volunteers who help out on reception, with online content, in the music department, audio production, events, our annual fundraiser Radiothon, and everything else the station does. 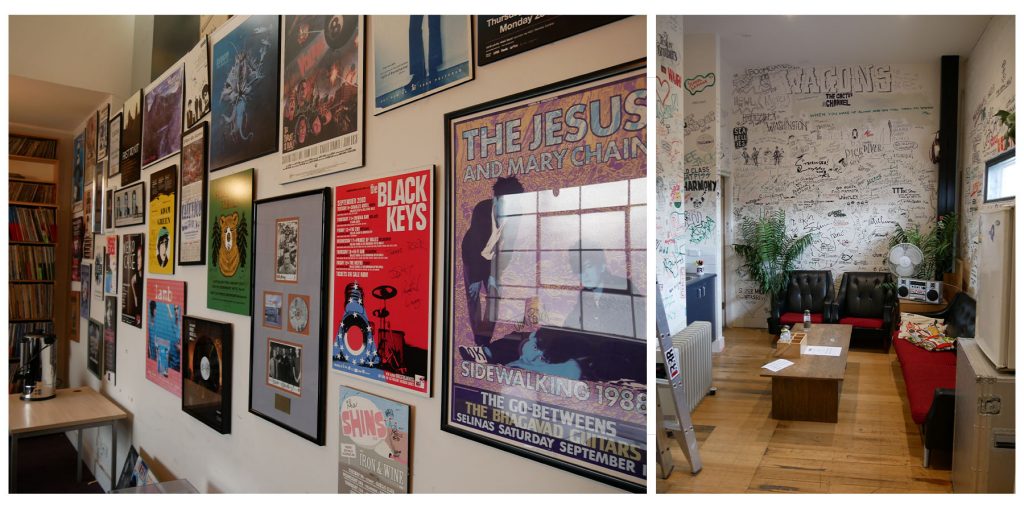 If you’re keen to get involved in an off-air capacity, fill out the 3RRR Volunteer Application form on our website.

Triple R is a not-for-profit community media organisation in Melbourne that runs on the goodwill, hard work, passion and dedication of 800 volunteers and staff, and the generosity of the subscribers, donors and sponsors who fund the station. Subscriptions enable Triple R to fulfil an independent agenda, free of government and corporate influence. Subscribe and pay up anytime between Friday 16 August and Wednesday 25 September to go in the running to win the incredible Radiothon prizes. Support Triple R this Radiothon and subscribe to continue! Call (03) 9388 1027 or visit rrr.org.au/subscribe. 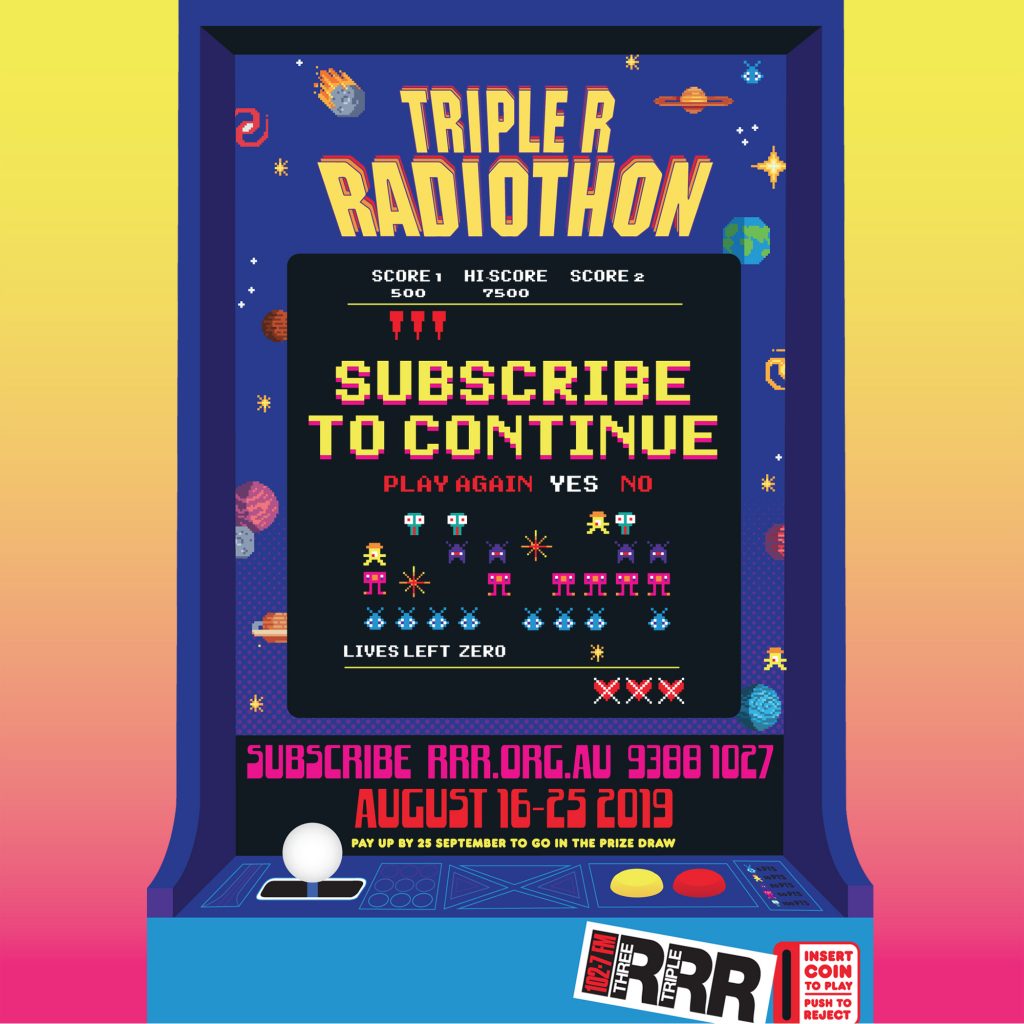 DJing with Vinyl: How It Can Improve Your DJ Skills