This week we’ve seen successors announced to two enormously popular Eurorack modules, the Mutable Instruments Clouds and Intellijel Metropolis, being reborn as Beads and Metropolix respectively.  Both released in 2014, Clouds and Metropolis have both been key modules in the modular explosion we’ve seen in the time since, appearing in thousands of people’s systems the world over. Their successors have been hotly gossiped about for some time, and finally they’re seeing the light of day. 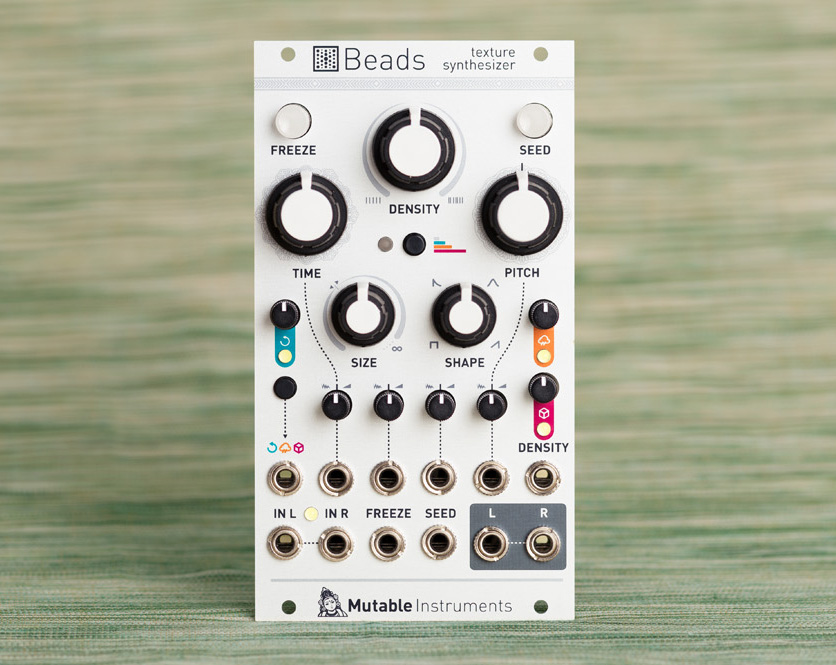 Although Beads strongly resembles Clouds, it’s a ground-up rebuild. In (now deleted) statements, MI’s  Émilie Gillet had often stated they were unhappy with Clouds and felt the concept required further development, even going as far as stating they were frustrated with Clouds’ success. Well the good news is the processing power and audio quality has been dramatically increased and while there’s still some secondary functions, they’ve been greatly simplified and streamlined. Here’s some key points:

There’s a lot to unpack here, I’d encourage interested peoples to give the manual a read, and of course, watch all the videos currently doing the rounds. Admittedly, this is a difficult one for me to comment on as I’ve never used a Metropolis, but the general gist is that it’s a 2 channel sequencer, but both tracks are just variants of a single master 8 step pitch/gate input in a lovely hands on interface. The two tracks differ though, because they each have their own playback order, sequence length, clock division, swing amount, slide time, and track gate lengths, plus a number of other unique and creative variables accessible from the menu. Here’s some key points:

This really builds on the Metropolis concept without disrupting the joy of the simple hands on interface, making for a fun and immediate way to create 2 interesting, complex sequences that are inherently cohesive. It’s a deep module, and as with Beads, I’d encourage you to give the manual a read and have a squiz at the videos doing the rounds on YouTube.