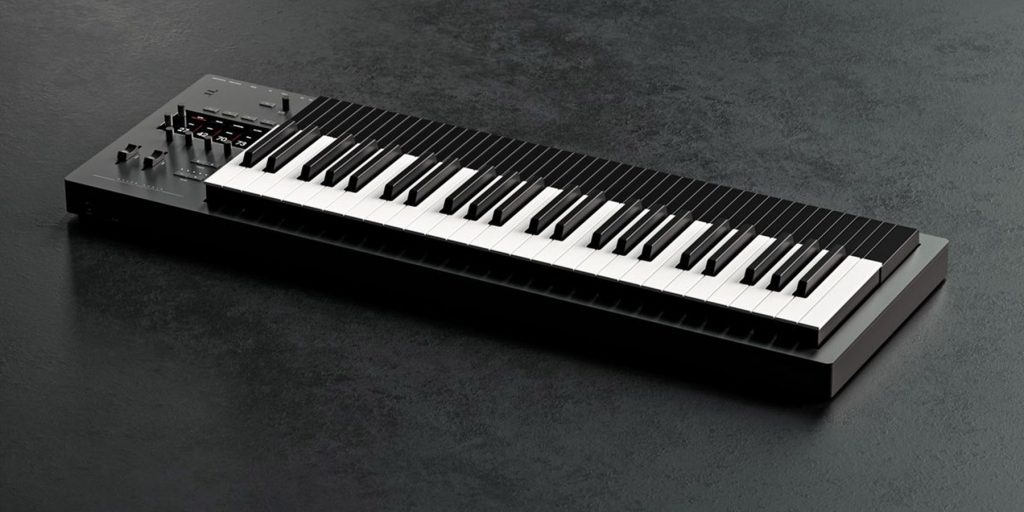 Initially teased last week in the form of a reaction video featuring the likes of Junkie XL, Expressive E have announced osmose, their new MPE synthesiser/controller.  Expressive E garnered a lot of international attention with the release of touché, an unusual but very expressive controller with a mechanical design which reacts accurately to a variety of nuanced gestures. The newly announced osmose looks more like a traditional keyboard controller, but it’s secretly packing a lot of cool technology under the hood offering a tonne of expressivity.

It’s almost as if Expressive E have packed a touché into every key which is a very impressive feat indeed. The keys react to a range of gestures including tapping (velocity sensitive without actually pressing a key), pressing (continuous controller unlike traditional note on/off), aftertouch and shaking.

The immediate point of comparison here is Roli’s Seaboard who’s contoured fabric like design allows for uninterrupted pitch bending across multiple octaves at the expense of playability. The Osmose will certainly feel more comfortable to established keyboard players, and  this is evident in their latest reaction video featuring players such as Jordan Rudess and Bill Laurance effortlessly embellishing their typical performances in a manner previously unattainable.

This is of course all thanks to MPE (MIDI Polyphonic Expression) which we covered a little while back and transmits each key on a separate MIDI channel for individual articulation.

osmose also packs in it’s own MPE sound engine in the form of EaganMatrix by from haken audio. In their own words:

‘EaganMatrix is a unique modular sound design environment that offers a lifetime of exploration. From virtual analog to FM synthesis, to physical modeling and everything in-between, be ready to explore an infinite landscape of unique and wild acoustic and electronic sounds. Every Osmose comes pre-loaded with hundreds of incredible tones and textures to explore right out of the box, or fire up the editor and design your own.’

osmose is available for pre-order now from Expressive E’s website with a $299 USD deposit which entitles you to a tasty 40% discount off the $1799 USD list price. Check out the link below