Studies have shown that there are a whole range of benefits to learning a musical instrument, especially for young ones. These include improved memory and coordination, as well as assistance with reading, concentration and time management skills. Not to mention things like overall positivity and self confidence.

If you’re just starting out, it’s really important to have an instrument to practice on that you’re actually going to enjoy playing. We’d all like to own a real grand piano, but this isn’t always practical or realistic. To begin with, they’re expensive, very heavy and take up a lot of space. Digital pianos on the other hand are generally much cheaper, lighter and smaller, and being able to plug in headphones for silent use is a must for anyone who doesn’t live by themselves in a cave.

So what makes a digital piano enjoyable to play? When you sit down in front of an acoustic piano the only two things that really matter are the feel of the keys, and the sound that’s produced by playing the keys, and that’s where a lot of effort has been put into the KORG B1. You’re given 88 weighted keys that feel just like a piano, and 8 different instrument sounds including three acoustic pianos.

As you can see from the streamlined front panel, the Korg B1 intentionally keeps the feature set to a minimum to focus squarely on the core playing experience. The aim here is to provide the best possible acoustic piano emulation, whilst keeping the price as low as possible.

The interface couldn’t be simpler. The sound button cycles through the 8 onboard instrument sounds, and the piano play button takes you back to the default acoustic piano if you get lost. 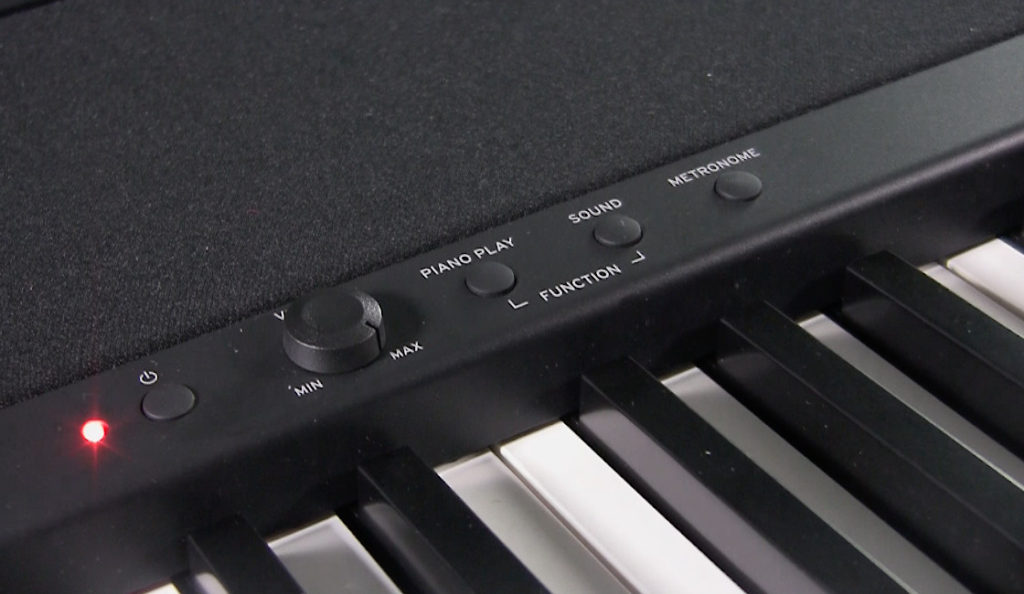 Acoustic pianos are big heavy contraptions with huge wooden soundboards to amplify the sound of strings, and recreating this sound on a device as compact as the KORG B1 is not easy. Thankfully, a really nice rich pair of stereo speakers are built in, so every instrument sound is reproduced with a lot of  depth and realism.

One of the most underappreciated and underutilised tools at musicians’ disposal is the metronome, so having one built right into the piano that can be initiated with the push of a button is super convenient. Holding down the piano play and sound buttons together activates function mode, during which certain discreetly marked piano keys are now used to customise the metronome’s behaviour including volume, tempo and time signature.

Another aspect that people often don’t think about when buying a piano is the pedal situation. An acoustic piano has three pedals, although many non-classical players go their whole life only ever using the right most pedal known as the damper, or sustain pedal. So this is the one that is usually included with portable pianos. Typically this is just a square piece of plastic, but Korg are kind enough to include with the B1 a large piano style pedal that feels and behaves like an acoustic piano pedal.

For those who do want to progress down the classical piano path, Korg do make an optional triple pedal that attaches easily to the B1.

For other Noisegate articles on Digital Pianos, Click HERE: 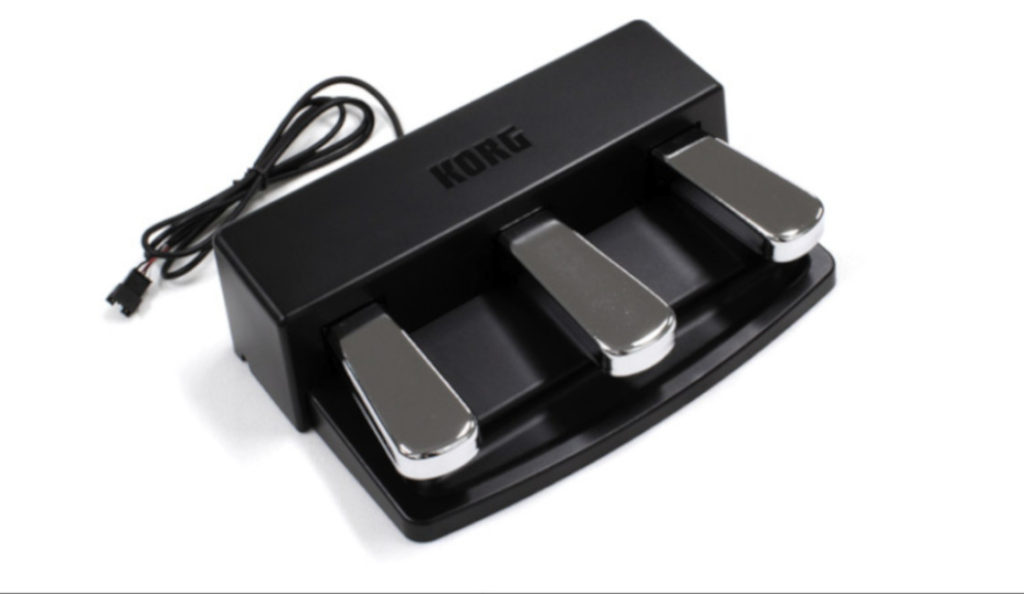