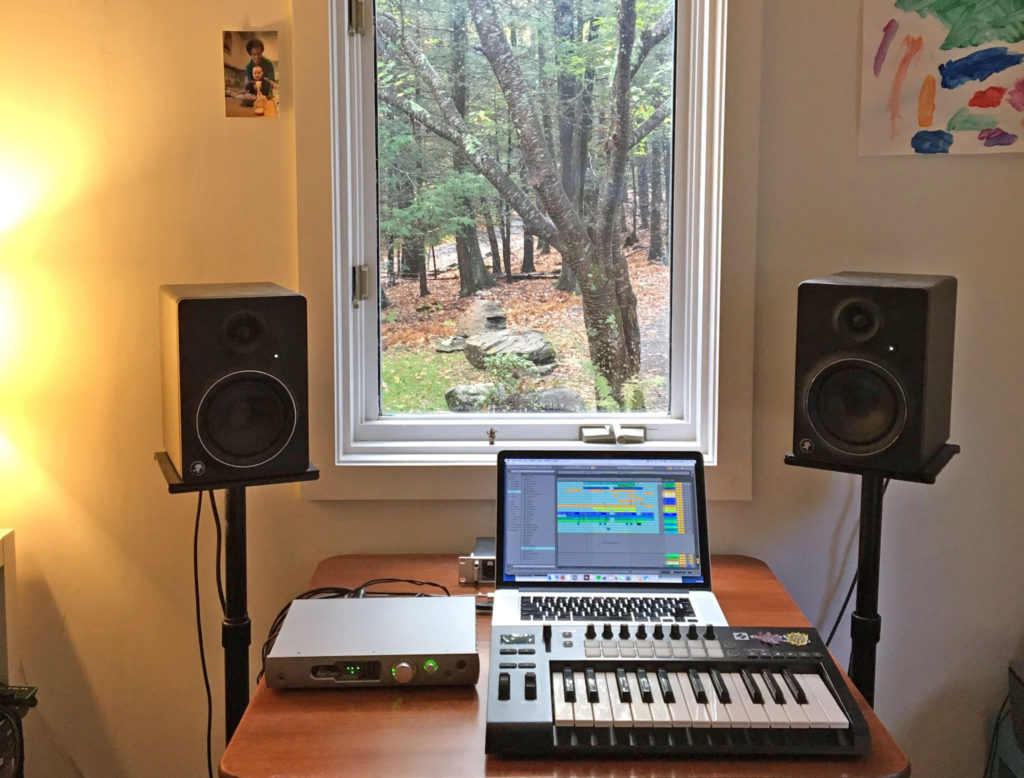 And they may not be what you expect. The notoriously media shy producer Four Tet opened the flood gates to questions about his 9th album ‘New Energy’ on Twitter today. Here’s what we learnt.

The album is not mastered. This won’t come as a surprise to any long-term Four Tet fans, but to any newcomers this probably sounds bizarre. When questioned why, he states:

I thought it sounded good already so didn’t want anything changed in mastering.

Which…makes sense I guess. But how does it sound so big and wide then? He must be mixing into a serious plug-in based mastering chain, surely. But..

OK then. He also revealed the studio space where he made the album and as you can see, it’s pretty simple. He worked entirely in-the-box with Ableton Live at home with a very basic hardware set-up – a Novation MIDI controller, old set of Mackie monitors and a nice interface by Prism Sound. Plug-in wise, he used Arturia V Collection synths for pads and leads, Native Instrument’s Kontakt and Spectrasonics Omnisphere for sampling duties. Someone also noticed that the ambient drone on the track ‘SW9 9SL’ sounds like one from one of Legowelt’s free sample packs – Hebden confirmed it is. You need to check those out if you haven’t already, they’re a gold mine of vintage gear samples. He also mentioned simply using ambient recordings he’d made with his iPhone. And while we’re talking iPhone, Hebden also revealed the hang drum played by Tom Baker on the track ‘Lush’ was just recorded with an iPhone. Hey microphone nerds, is your brain broken yet?

Outside of production details, Hebden revealed the album took him around 10 months to finish, creating a total of around 45 tracks in that time. He’d intended to write a very minimal album – but it just didn’t come out that way with themes revolving around science, climate change and nature.

I started wanting to make a really minimal ambient album… it came out more complex then planned.

New Energy is out now via Four Tet’s bandcamp here