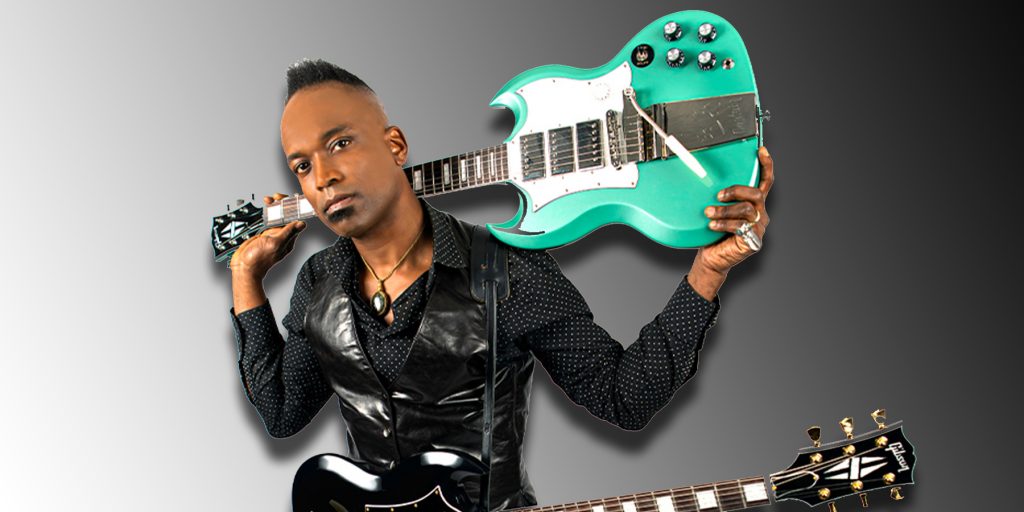 Gibson has just announced the Kirk Douglas Signature Gibson SG, the guitarist of The Roots band and the Late Night Show with Jimmy Fallon, “Captain” Kirk Douglas is one amazing guitar player with a rich history of incredible performances. Now Gibson has named this amazing green SG after him.

This SG’s counts with three BurstBucker™ humbucking pickups, a master tone knob right at hands reach, and instead of a second tone control, another volume control is installed for the middle pickup and can be used to blend its signal with the other pickups.

The pickups can be controlled in individually, simultaneously, or in any combination, which is an absolute tone bonanza for any guitarist. This beautiful green Gibson SG’s output level is also controlled with the pickguard-mounted master volume know perfectly placed right at your hand’s reach.

The Kirk Douglas signature “Captain” Lyre Vibrola tailpiece and a three-way toggle switch that selects the bridge pickup, neck pickup, or the combination of both.

Check out this amazing guitar and Kirk’s introduction of the Kirk Douglas Signature Gibson SG  below: