Guitar Pedal DSP 101: A look at the Chips Being Put to Work in Modern Digital FX Pedals 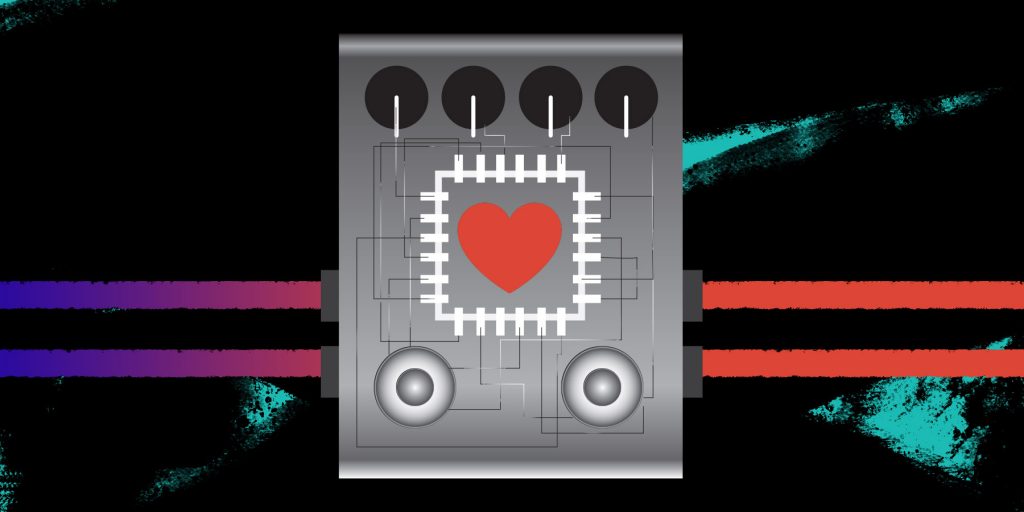 Effects pedals that utilise DSP (digital signal processor) chips are nothing new, but their power in the last 2 decades has significantly increased and we’ve seen a number of guitar pedal builders start to actually mention specific DSP chips in their specs. But what’s it all mean? Why does it matter? I’ve been wondering the same lately, so I took a deep dive into the capabilities of modern DSP, the people behind them and the applications of specific chipsets. It’s surprisingly interesting (or maybe I’m just a huge nerd). Here’s what I’ve gleaned.

Analog Devices, an American chip manufacturer, have more or less become the leaders of high-end audio and media chipsets in the last 2 decades. The vast majority of names you might see mentioned in specs are all AD products. One of their specialties is ultra-tiny digital-to-analog (and vice-verca) audio conversion. In 2005 AD made a breakthrough that enabled the use of analog audio signals within smaller and more powerful chips without audio degradation or interference — a problem that had plagued the audio industry and prevented major progress since the ‘90s.

This led to big improvements in their SHARC and Blackfin range, and a new range of dedicated audio DSP chips, SigmaDSP. Roger Smith and ex-Kurzweil engineer Bob Chidlaw were an integral part of the AD audio chipset team. Roger saw the potential in putting their new streamlined, efficient and extremely high-quality SigmaDSP chips to work in guitar pedals and, with Bob’s help, went on to create Source Audio — responsible for pedals like the C4 modular synth pedal, and Ventris reverb. The Sigma chips feature a 56-bit audio processor with sampling rates up to 192 kHz, making them incredibly high resolution and fantastic for low level signals like guitar.

Unlike most DSP chips on the market, SigmaDSP is not a fully open platform — engineers cannot build their programs in C or Assembly programming languages and simply upload them, they have to use Sigma Studio, a simplified modular system in which engineers can patch together their programs using off-the-shelf ‘blocks’. However,  the Source guys’ intimate knowledge of the Sigma range has provided them some back doors and their own variant, the SA601.

Some other pedal companies, like Strymon and Meris, have opted to use the 32-bit SHARC range of chips. These are more general purpose processors by design, and come in a wide variety of specs. They’re considered a mature platform, unlikely to be phased out any time soon, and many engineers are familiar with them. They’re bigger, more expensive, and more power hungry than the Sigma range, and run on a floating point architecture, rather than the Sigma’s fixed point. Explaining the difference between the two is bigger than the scope of this article, but to summarise, floating point is considered superior in multi-tasking applications. Whether that applies to audio applications seems to be a topic of heated debate. One thing many engineers seem to agree on though, is that a talented engineer can make magic with either.

(Fun side note, Sean Costello of Valhalla DSP also worked at Analog Devices, and helped set up Universal Audio with the development tools to create the UAD-2 platform on SHARC chips).

The Blackfin chip family, used by the likes of Empress and Electro Harmonix, are powerful fixed point chips designed for multimedia use. Although noted as 16-bit processors, they can be used in ‘precision mode’ in which the computing power is halved but bit rate is doubled to 32-bit.

That summarises the big players from Analog Devices, but I can’t talk about DSP-based effects without mentioning the humble Spin Semiconductors FV-1 that still finds its way into hundreds of guitar pedals. Introduced in 2006, this chip was specifically designed for audio effects and is probably the most widely used chip-set on the pedal market. The open-source FV-1 was designed by Keith Bar, the co-founder of MXR and founder of Alesis. It’s not considered a high fidelity chip (you won’t find it in hifi gear for example), but it’s accessible and very flexible when used with additional micro-processors and EPROM memory. It’s been used in everything from the Electro-Harmonix Holy Stain to the Chase Bliss Audio MOOD. And as some have figured out (like the below YouTuber), it’s sometimes possible to simply switch the memory chips on Spin-based pedals to make your own custom hybrid.

It’s only really in the last few years that we’ve seen guitar players en-masse seeking studio-quality, ultra-high fidelity effects on their pedal boards, no doubt in part thanks to the ever-improving performance of software-based amp sims, and high-end products like Axe-FX. It makes sense that the DSP whizzes at Source Audio have found their feet in the market lately as players become more open to digital offerings. Likewise the incredible rise of Meris, which was actually founded by Strymon co-founder Terry Burton with his partner Jinna Kim, who handles the company’s design and aesthetics (Jinna also designed the original Strymon pedals).

Perhaps unsurprisingly, it seems like quite a few of the current audio DSP crème de la crème engineers and designers came from working at Line 6, a company that doggedly pursued digital effects and amp simulation in the face of mass opposition from traditionalists for decades. Imagine jumping in a time machine and telling a 1998 guitarist that Line-6’s new little plastic amp sim pedal called POD is actually laying foundations that will be built upon for decades. Tell them that in 2020, gleaming digital effects pedals will be in the shiniest of retails displays, gossiped over in 200-page forum threads and lusted over by guitarists across the world.  The future is weird huh?

We’ve got a whole bunch of Source Audio pedals on the desk at the moment, so stay tuned if you want to hear what the ultra hi-res SigmaDSP SA601 chips are capable of!