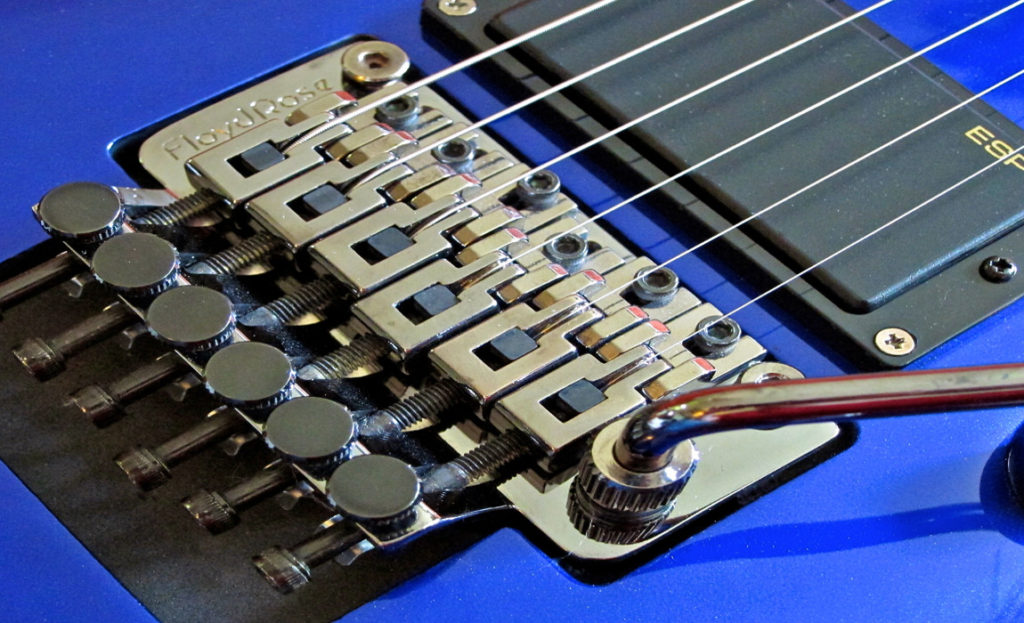 If you are a guitarist you probably would have come across the Floyd Rose Tremolo Bridge at sometime or other. The Floyd Rose Trem is one of the most widely used and often copied systems and has evolved over the years from a sole disgruntled guitarist’s attempt to keep his instrument in tune to become a pivotal moment in the history of the electric guitar.

Back in the late 70’s, the man in question Floyd Rose (who at the time was a jeweller as well as a musician), began to design a new tremolo system for his beloved Fender Strat after becoming peeved that he couldn’t replicate the whacky vibrato of Jimi Hendrix without his guitar going wildly out of tune. With his jewellers’ tools and knowledge at his disposal, Floyd set out to create a locking nut to keep the strings in place. He initially experimented with a three-piece brass nut before settling on a hardened steel design with a modified bridge and six fine micro-tuners mounted above pivoting saddles that clamped the guitar strings in place.

After several attempts and eventually coming up with some successful prototypes of the tremolo system, Floyd patented the Floyd Rose Locking Tremolo in 1979. By no co-incidence, Eddie Van Halen had already endorsed the locking tremolo and installed it on his infamous ‘Frankenstrat’, guitar. Of course soon after that the Floyd Rose Tremolo System became a huge success, with Rose minting several supply and licensing deals with the likes of Ibanez, Fender and Washburn, to alleviate his invention into wider mainstream conscience of guitar players all over the world.[/vc_column_text][/vc_column][/vc_row][vc_row][vc_column][vc_column_text]The essence of the design was to essentially remove the tuning pegs as a contributing factor to the guitar going out of tune through tremolo use, Floyd Rose’s locking nut system allowed for players to use the tremolo arm and maintain tuning stability. The result was an extremely versatile unit that would both raise and lower pitch by a fifth or even more, enabling guitarists to create incredible pitch squeals and dive-bombing effects that would become a characteristic of heavy metal guitar gods in the 1980s.

While Floyd Rose’s system has been highly regarded in the hard rock and metal sphere for their wild versatility, there’s definitely a few downsides to having a locking nut system installed on your guitar, particularly when it comes to restringing. To replace a string on a guitar with a Floyd Rose bridge, you need to use an Allen Key to loosen the locking nut and bridge saddle of the guitar, a process which many find annoying and time consuming – especially when the tuning of all the strings is affected when one breaks or goes out of tune. 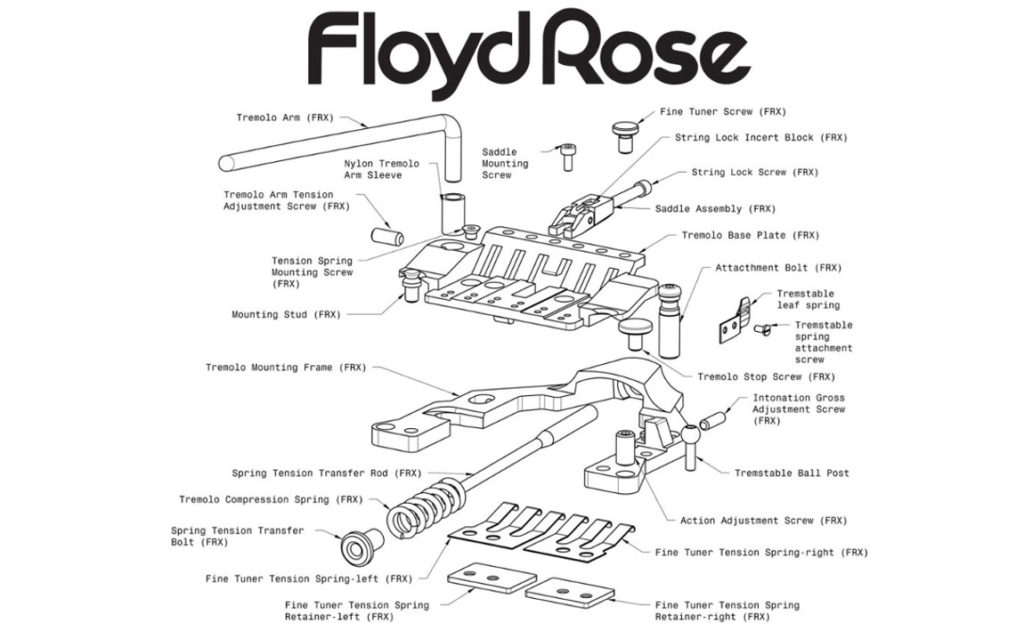 The other downfall due to the construction of the bridge, it’s that it is also difficult to change tunings on a Floyd Rose equipped guitar without completely resetting the tremolo arm. This has also resulted in people complaining that Floyd Rose guitars also have less sustain and are prone to having a thin tone – however, this has led to the development of brass sustain blocks, which can be installed in any Floyd Rose-equipped instrument.

No matter what you opinion may be, the Floyd Rose Tremolo system changed the way the guitar was played and expressed in the 80’s. While the glorious era of ’80s hair metal may have sadly departed, however there does seem to be a resurgence coming through, contemporary musicians such as Steve Vai and Tom Morello continue to push the Floyd Rose to its absolute limits with great effect. You only have to check out Steve Vai’s video demonstration to see and hear why!