How Does Wavetable Synthesis Differ From Subtractive and Sample Based Synthesis? 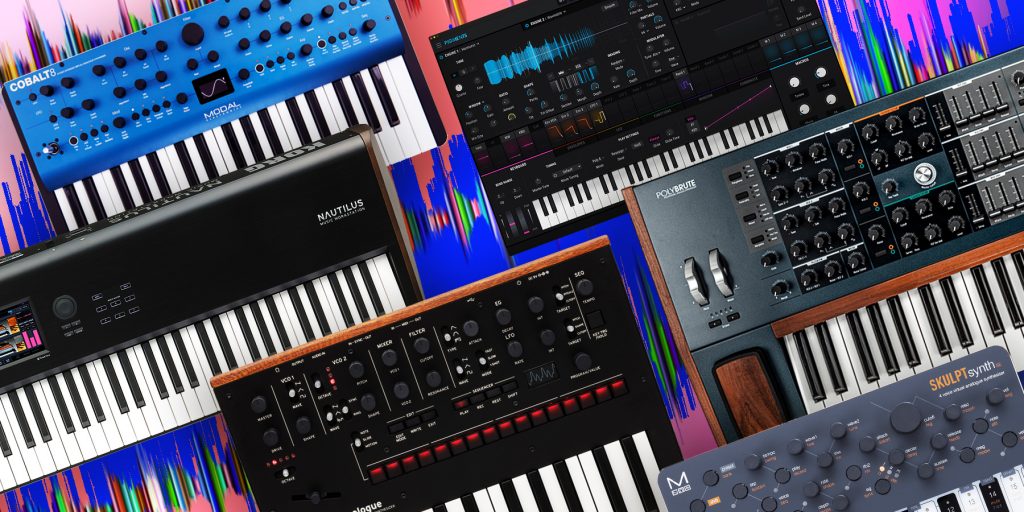 Most synthesizers these days seem to fall into (at least) one of three categories: subtractive, wavetable, or sample based. So what’s the difference between these categories, and are they all mutually exclusive? Let’s investigate and try to find out.

For simplicity’s sake, let’s generalize and look at each type’s primary strengths and sonic signatures.

Wavetable synthesis in contrast is intrinsically and unapologetically digital. Wavetable oscillators can generate a stupefyingly large number of unique waveforms, making them extremely versatile with unrivalled potential for complex, unusual timbres. Wavetable synthesisers are often considered edgy and abrasive often associated with the dubstep genre, but they are also capable of pleasantly rich pads and textures.

Sample based synthesizers are often geared towards recreating the sound of real world acoustic and electric instruments such as pianos, violins etc. This is because sampling (recording) is often the most reliable method of doing so. Other methods such as physical modelling can be extremely effective and far more flexible in some circumstances, but sampling remains far more popular, possibly due to its similarities to subtractive synthesis and subsequent familiarity.

Again, these are sweeping generalizations and there are exceptions in every category, and lots of crossovers. Most wavetable synthesizers for example can also be considered subtractive synthesizers as their oscillators are usually followed by the typical subtractive assortment of filters, envelopes and LFOs. The subtractive classification often implies a more traditional analogue style oscillator, although it really only necessitates the presence of a post-oscillator filter.

This line is further blurred by synthesizers such as Modal’s COBALT8 which bases itself on analogue subtractive foundations and leans towards that sonic signature but pushes the boundary by employing complex algorithms to generate an enormous number of variable waveforms, going far beyond the typical saw, square and triangle typically associated with analogue synths.

Wavetable synthesis as used by Modal’s ARGON8 synthesizer is quite a different concept, at least from the oscillator’s perspective. It is probably more useful to compare wavetable synthesis to sample playback as they both rely on digital audio as a sound source, but with several important points of distinction.

As an exercise, within your audio software of choice, zoom in on any piece of digital audio such as a sample of a single piano note. Once you get in close enough you will be able to view individual cycles. A single cycle involves a waveform’s amplitude (the wavy line) moving from the centre line (zero crossing point) into the positive area above, then into the negative area, and back to its starting point.

A cycle represents a fraction of a second of audio, so if you playback the digital audio sample from the start, these cycles will fly past very quickly.

Wavetable synthesis however does not playback samples from start to finish. Instead, they focus on one specific cycle and play that cycle over and over again, similar to how an analogue oscillator produces a single waveshape.  The rate of playback (or frequency) dictates the pitch and is usually determined by the note you play on a keyboard. Lower note, lower frequency, higher note, higher frequency.

The piece of digital audio played back by a wavetable oscillator is known as a wavetable, and is essentially a very short sample. Given the focus on single cycles, there is no sense in loading long samples containing tens of thousands of cycles. Instead, wavetables are usually crafted to have a specific series of single-cycle waveshapes, intended to be played individually, as opposed to one after another as with sample playback. Wavetables can range from a collection of basic waveshapes (below left) to an array of complex shapes (below right).

A wavetable oscillator’s primary parameter is ‘wavetable position’, or simply ‘position’ which instructs the oscillator which cycle, or which part of the wavetable to playback. The position is indicated by the yellow highlighted cycles in the above image.

One of wavetable syntheses’ most recognizable sounds is accomplished by sweeping through (modulating) the wavetable position using an envelope or LFO. Wavetables are usually designed with this kind of modulation in mind so sweeping through them sounds smooth, rather than a janky series of discrete shapes.

See our Korg modwave first look video below for a closer look at wavetable synthesis.

Then of course there are synthesizers that defy categorization. Arturia’s soft synth Pigments is a prime example of this with multiple audio engines covering virtual analogue (traditional subtractive), wavetable, sample playback and additive. You can either use just one type of synthesis or mix and match engines of your choice for hybrid synthesis.

Korg’s Nautilus and KRONOS workstations utilize a variety of synthesis types handled by nine discrete sound engines. They cover sample playback, FM, subtractive and even physical modelling. Yamaha’s Montage and MODX synthesizers are in a similar vein, only limited to FM and sample playback.

Korg’s wavestate synthesizer is another beast entirely that plays a dynamic sequence of samples via a very unusual and flexible method known as wave sequencing 2.0. This process is an evolution of Korg’s older Wavestation synthesizer which pioneered wave sequencing as a form of synthesis. It’s known for dynamic, rhythmic sounds and complex sequences. Wavestate takes this even further with multiple sequencer lanes, each with discrete attributes and multi-timbral operation for sheer sample madness.

Then there are Korg’s Multi-Engine equipped synthesizers which provide a uniquely open ended flavour of flexibility. Their prologue and minilogue  xd synths complement traditional analogue oscillators with the digital Multi-Engine which can be programmed to perform a variety of tasks, from wavetable synthesis to basic sample playback.

Wavetable synthesis is now more popular than ever with no shortage of options both hardware and software. We’ve been fans of Modal’s ARGON8 since its 2019 release and it’s seen some nice updates along the way including support for MPE, and the recent Free Monster Machine patch library.

Korg’s new modwave has also piqued our interest with its wavestate inspired Motion Sequencer and fascinating Kaoss Physics. It also crosses synthesis category lines, pairing a wavetable engine with a multi-gigabyte sample library covering a wide range of instruments and effects from acoustic pianos, to synthetic waveshapes based on their own DW8000 synthesizer.

There are of course many other methods of synthesis widely used today such as FM (frequency modulation) and west coast. We have discussed both of these previously so check out the following articles if you are interested in exploring them further.

For more on sample based instruments, check out our live stream which followed the launch of Native Instruments’ Komplete 13. At around the 33-minute point, we look at the amazing Cremona Quartet which uses the Kontakt software sampler mentioned earlier.

For even more on FM synthesis, check out our interview with Australian sound designer Dean Walliss below regarding his work on the amazing opsix FM synthesizer.

So go forth and have fun! Let us know what your current favourite flavour of synthesis is, and if any new synths have scratched your creative itch.