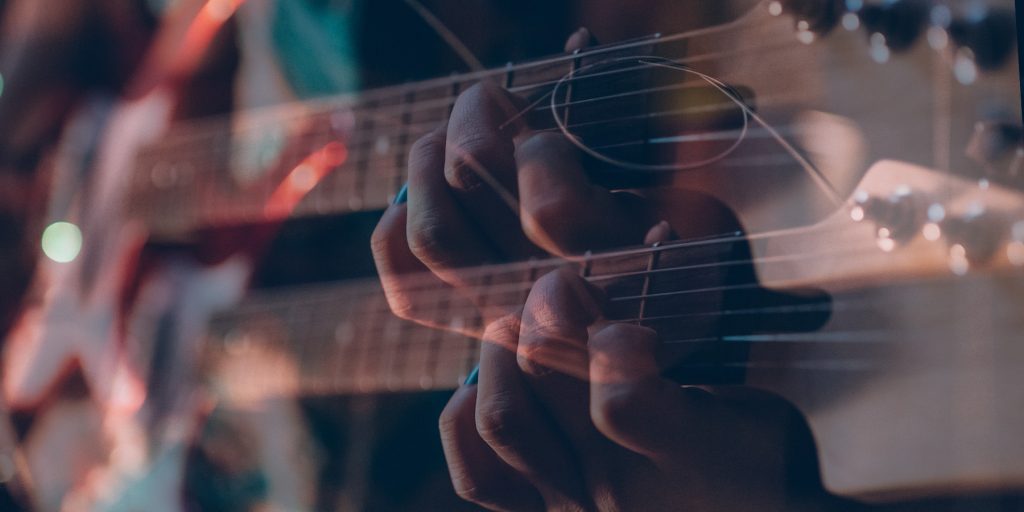 Double tracking is a technique whereby one would record the exact same part twice. Double-tracking does not refer to recording an alternate line or a harmony part; it is the same part recorded for the second time. Why would you do that? A double-tracked part can give incredible thickness and richness to a part. It works particularly well with distorted electric riffs. Believe me, I’ve experimented with double-tracking everything; some things work better than others!

The aim is for the average listener not to notice that there are two recordings of the same part. The doubled part needs to be performed tightly resembling the main line. If the playing is sloppy, it makes the part sound smeared. A double-tracked part may require a bit of editing to get the parts to match and synchronize with each other, but don’t over-edit! You want the timing to be close but not to microsecond precision. The value is in the small discrepancies between the recordings.

Have a listen to this classic example Master of Puppets by Metallica:

James Hetfield of Metallica is famous for his precision riffage. The untrained listener will barely tell that there are 2 or 3 tracks of the same riff throughout the song. Listen to the first minute and try and distinguish the hard left and hard right panned electric guitars. This is an example of the double tracks recorded using identical signal chains. Also, don’t forget that 1986 was pre-Pro Tools, so this precision is a result of his performance, not the engineer nudging in Pro Tools!

Commonly, the two takes will be panned hard left and hard right. The result of this will be a guitar part that spans the entire stereo spectrum, but with significant portions of the part in the centre of the stereo field. How it works — notes that line up perfectly will appear in the centre, but slight timing differences will offset the sound to the left or right. The result is a super wide, yet natural-sounding guitar.

Why don’t you just track the part once and then duplicate it?

Now when you record the part a second time and play the two tracks together, there will be significant de-correlation between the signals, resulting in variance between left and right.

How similar do the sounds have to be? Can I do the secondary performance with a different guitar, amp or mic?

Another great question – you’re on fire! There are two approaches to this, and both are valid. Having the two tracks identical in terms of signal chain and equipment creates a very uniform sound – if the playing is tight then it will sound like a big guitar to the listener.

The more distinctive you make the parts, the more separation and the more it will sound like two guitars playing. If you do the double track with a different guitar or different amp, it will sound significantly different. My preference is to use the same signal chain and equipment for both doubles.

What else is good doubled?

Sound sources that are very rhythmic with strong transients are difficult to double, for instance, a snare drum (I did say I’ve tried everything!) is very difficult to double. The timing has to be perfectly spot on, otherwise, it sounds very smeared. Acoustic guitars are another good one, but again it relies heavily on the tightness of the performance. If the player is spot on with the timing, it works well.

Instruments that have softer, rounder transients, such as backing vocals, saxophone, trumpet and synth parts work really well. Distorted guitar is typically quite compressed by definition, which makes it easier to double track without it sounding smeared, dirty guitars are already smeared!

So, there you have it, a little recording secret of pop music producers. Whilst I have experimented with lots of other sounds, be free to explore more yourself, you just might find another instrument or sound source that works for your next massive hit!