]The seminal INXS album Kick turned 30 years old a couple of weeks ago, featuring tracks like ‘New Sensation’, ‘Devil Inside’, ‘Need You Tonight’ and ‘Never Tear Us Apart’ it holds up incredibly well in song-writing and sound production terms. Although it’s hard to argue that Michael Hutchence wasn’t the star of the show, I thought we’d take a closer look at some of those punchy distinctive guitar tones from Tim Ferris and Kirk Pengilly.

By and large, the sparkly guitar lines were a product of excellent playing and songwriting. But there’s a few details we know that can help get you closer. Kick was recorded with Tim primarily using a Fender Stratocaster and Kirk rocking a Telecaster. Single coil pick-ups all the way for that ’80s twang. Unexpectedly though, the entire album was tracked through the band’s Marshall amps – likely an old Plexi and a JCM800. At the time Marshall was the domain for gain-thirsty hair metal types, not clean hook-laden new wave pop so this was unusual decision from the band and recording engineer David Nicholas. Effects wise we frequently hear a stereo chorus, a short slap-back digital delay and the occasional drive on their rockier moments – it hasn’t been specifically noted what pedals they used, but you should be able to get close with most period correct or period modeled pedals (or even software). 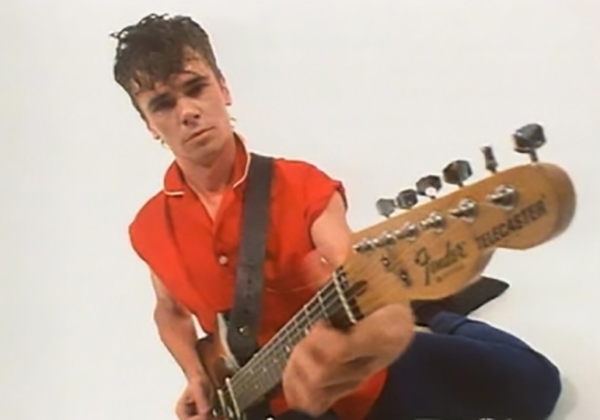 Speaking of David Nicholas, a number of years ago he popped up on a forum, bluntly answered a query about their recording technique and promptly never returned to that forum again. This is what he had to say [edited fore clarity]:

Tim and Kirk used mainly their Marshall amps and had Roland multi FX pedals, which they mainly just used for delays. I then put Neumann Fet 47 and a Sennheiser SM57 mics in a V shape about 4 inches back from the cloth of one good speaker, ( in every quad box there is always one better than the rest.)
Then fed both mics from the SSL studio desk out into a Universal Audio 1176 limiter then straight to tape. On the Studer A800 MK3 tape machine there was no EQ on the channels except for a low filter and a bit of 2.5K( maybe +1.5 db Wide Q).
The trick is to get a great sound at the amp then record it as clean as possible though a good limiter and then to tape. I still get the same results though going into ProTools, but now I add a Pultec midrange EQ, pre the 1176 and I compress more than when going to tape.

The UA 1176 is still being produced today in original hardware form, but if space and budget is a concern, UA also make a software version. If you’re not looking for a recording set-up though, playing through a compressor pedal like a DOD Compressor 280 will give your tone a similar energy.

So that’s it really. Strat or Tele single coil pick-up through some chorus, compression, delay and drive into a vintage British sounding clean channel. Get that sorted and you’re laughing. 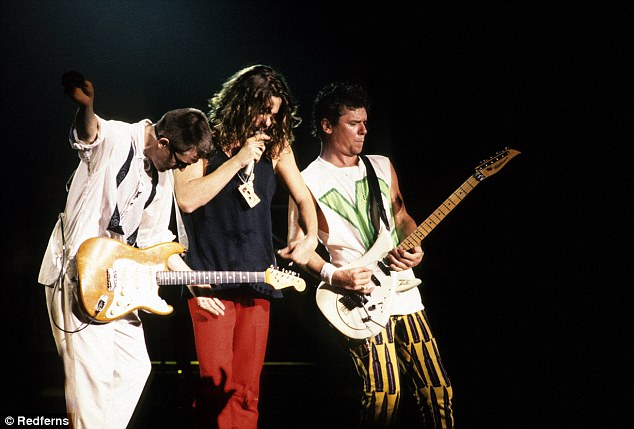 Hang on a sec, what’s that whacky looking guitar Tim used live for years then?

Shortly after Kick came out, certified freak of nature Nile Rodgers is rumoured to have put Tim onto Tokai’s Talbo Blazing Fire – A bizarre looking guitar with an aluminium body.  The Japanese guitar maker had spent the majority of their existence until the ’80s making clone guitars – but after developing a good handle on how to make quality guitars, they went all out with the Talbo and made something unique. Tim went on to use the Talbo for decades.

I use these live and in the studio, I absolutely love them. The tone and sustain achieved with the aluminium design is beautiful. – Tim Farriss

Get that twang and sustain with the Aluminium bodied Tokai Talbo