Let’s see how many people I can trigger with this opening sentence: Arturia’s KeyStep Pro is the best hardware synth sequencer in the history of the world— change my mind. To be honest, I’m not here to rile up anyone; rather, I’m here to provide you with some information. Arturia has given the KeyStep Pro a firmware update V2.0 that might as well make it the best hardware sequencer in the history of the world (obviously in my opinion).

● Record Arpeggios in sequences – now record arpeggios into a sequence.

across the selected track pattern.

● Mono Mode: has been refactored for a smoother experience. 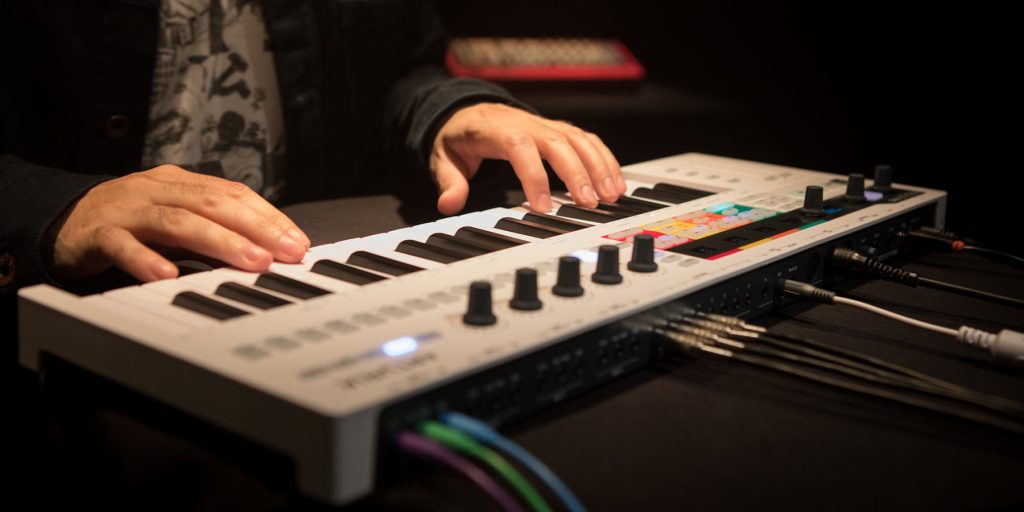 For me, the standout feature includes the ability to record the ‘chord mode’ into the sequencer as well as being able to record the arpeggio. These are huge additions as I use the KeyStep Pro’s Chord Mode all the time, however previously I found myself getting frustrated, I couldn’t simply record it freely into my pattern sequence. The same applies with the Arp, I was previously unable to record the arpeggios into the sequence and probably the reason I never really used it as much as I should have, however now I’m really excited about using it!