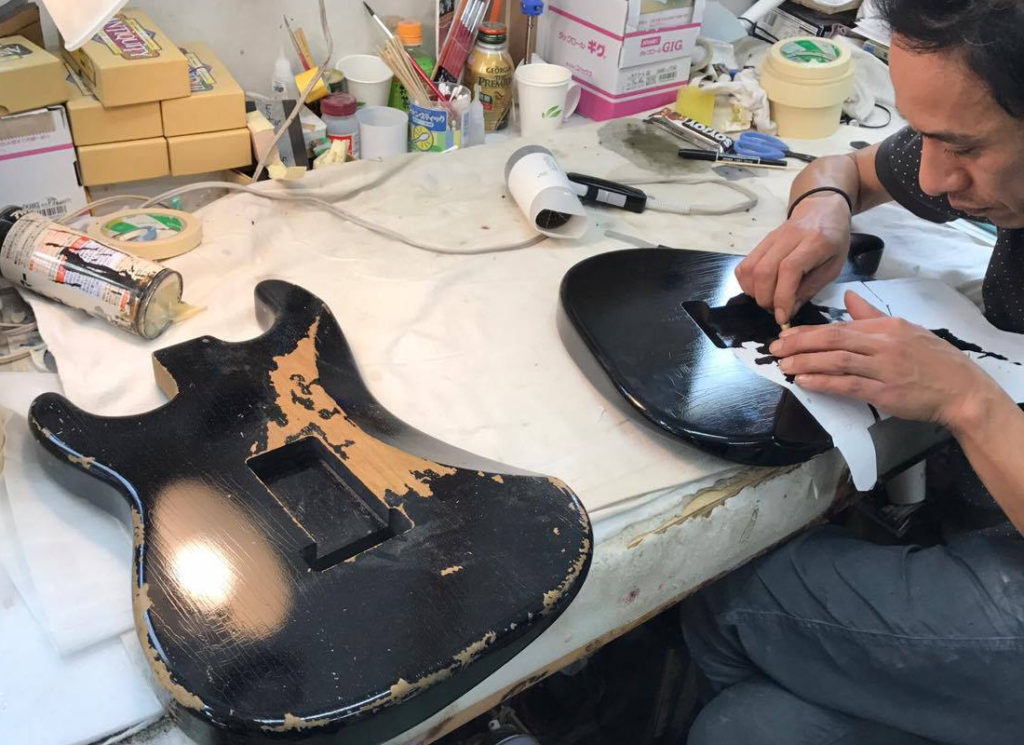 Japanese guitar factories sprung up in the late 60’s early 70’s with the job of creating a more affordable and accessible guitar to the Asian market. Aesthetically, these were predominantly very close representations of what was coming out of America at that time. Whilst replicating, Fender and Gibson body shapes were taken by the Japanese luthiers and augmented to fit the eccentric Japanese flare. This included physical body shapes and the electronics found on the guitars to be more intricate and outlandish than the American counterparts, bright colours and asymmetric body shapes were not uncommon throughout his period.

The 1970’s seen the infamous ‘Lawsuit Era’, the Japanese started to compete with the Americans and create replica guitars that were on par with the US brands in quality and in tone. Companies such as Ibanez, Tokai and Greco were renowned for producing Fender & Gibson-like guitars which have become very sought after even today. With quality being questioned on a variety of USA made guitars at this time, Japan really stepped up and started to gain a foothold in the guitar market by producing solid instruments with familiar aesthetics.

To this day guitars and basses are still handmade in workshops all over Japan, one company of note are ESP Guitars Japan. ESP has been making guitars out of Japan for decades, designing and building guitars for professional artists such as Kirk & James of Metallica, George Lynch, and Ron Wood of the Rolling Stones. Based in Saitama Tokyo, The ESP Custom Shop has become known around the globe for producing extravagant exhibition guitars. These guitars showcase the extreme level of detail and superior craftsmanship the luthiers harness and usually find themselves pride and place at the yearly NAMM show in Anaheim. You dream it and these guys can make it, the Japanese showing once more they are not afraid to push boundaries.