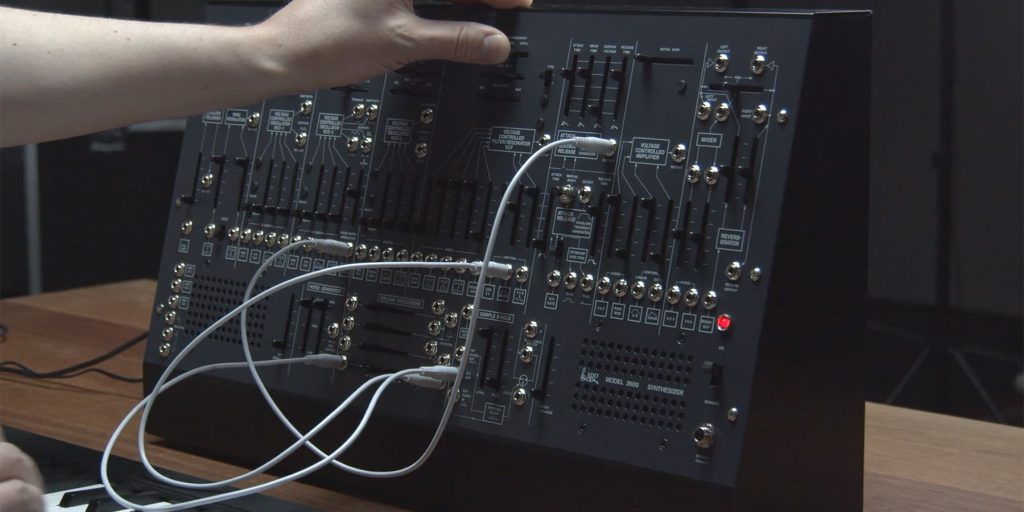 ARP 2600M is Korg’s faithful recreation of the classic semi-modular analog synth, at 60% size. Without a doubt one of the most iconic synthesizers ever released, the ARP 2600 is as popular today as it has ever been. The limited-edition ARP 2600 FS released by Korg in 2020 saw its popularity reach a fever pitch so this more compact and affordable model has been on many’s watch list since its announcement in January 2021.

Here at Noisegate, we’ve been dying to get our hands on one were super excited when it arrived at our doorstep. In this video, Tristan takes a deep dive into what the 2600 is, how it works, and a taste of the kind of sounds it can produce.

As a follow up the 2500; ARP’s first synthesizer, the 2600 managed to capture much of its predecessor’s tone and flexibility in a more portable, affordable and user-friendly package. No lean feat given the size and modularity (and price) of the 2500.

The 2600 became one of the most popular synthesizers of all time, used and loved by musicians and sound designers, heard in almost every imaginable context from live performances to movie sound effects. It’s success is at least in part due to its semi-modular design which allows for much of the freedom of a modular synth, combined with the immediacy and accessibility of a fixed synth (such as the MiniMoog or ARP’s later released Odyssey).

Semi-modular synthesizers use default or pre-patched routings called ‘normalled’ routings so that no patching is required for basic use. Out of the box, they function just like a fixed synth, however, these normalled routings can be overridden by the user. On the 2600 this is accomplished using patch cables via the front panel patch sockets. Each socket’s normalled routing it clearly illustrated beneath making it easy to tell what’s routed where regardless of whether patch cables are being used.

Despite its small size, Korg does not appear to have cut any corners with the 2600M. It’s built to the highest standards in Korg’s Japanese factory and sounds every bit as rich as the original. Like the 2600 FS, Korg have included both filter variants (early and late models) selectable via a two-position switch. Both sound warm and musical and it certainly pays to experiment with both.

Thankfully Korg have also included a true spring reverb in line with the original. Once you’ve heard this reverb, you’ll never want to turn it off as it makes almost anything sound incredible. I could have spent hours playing a simple square wave lead through the early model filter drenched in this spring reverb.

One of the 2600’s most loved features is sample and hold, in conjunction with the voltage processor section. Sample and hold generates a series of random modulation values by sampling the noise generator. These modulation values are held until the next sample is taken resulting in a stepped effect. When used as modulation source for an oscillator’s pitch, this effect resembles a sequencer, albeit one with a random, erratic programmed melody.

The output of sample and hold can be run through the 2600’s voltage processor, and a lag or delay can be introduced which slows the transition between modulation values, effectively similar to portamento.