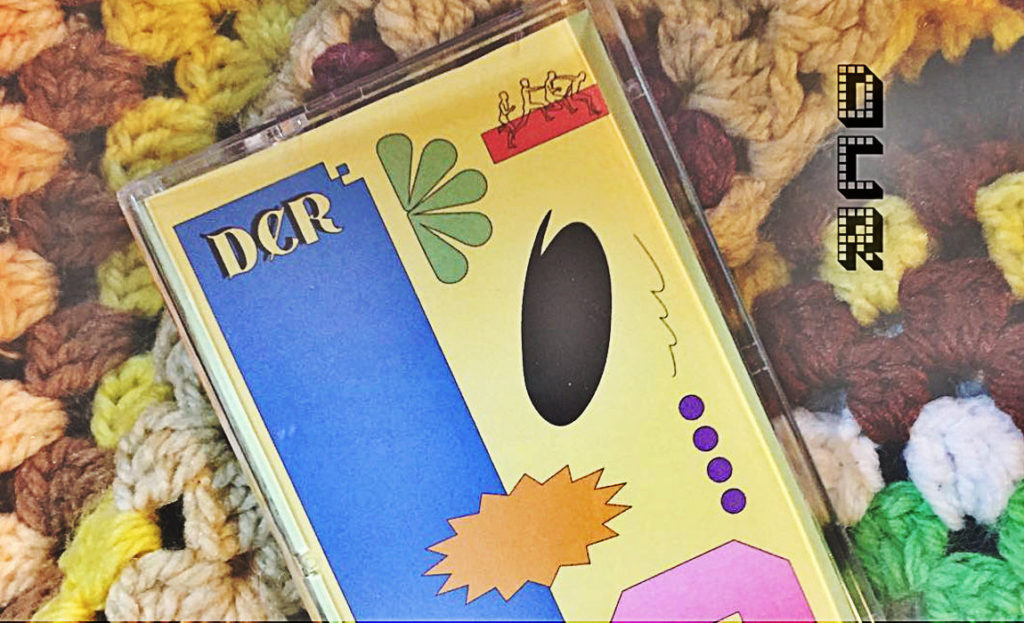 With lock-out laws and a new venue closing seemingly every fortnight, Sydney might seem like an unideal environment for a thriving music scene. Dinosaur City is an independent label that is proving this wrong, showcasing local talent on their regular cassette compilations and releasing music from exciting new artists such as Sunscreen, Spike Vincent and Phanosland.

We spoke to Cody Munroe Moore and Jordanne Chant to find out about the challenges and aspirations for the label.

There are so many great small labels in Australia, why did you decide to start Dinosaur City?

Cody: I suppose it came together from years of sending my own music off to hello@ emails and waiting for a response. That kind of attitude died when I went to America for the first time. Labels in Australia that I knew to be independent seemed to be so official. They had offices, or they’d been created by someone that had then conglomerated and moved on. Seeing labels that I interacted with in America such as Lolipop or Burger was different. They were run by people that slept on couches and wrote emails from the library. It just showed me that if you wanted to do something, the best thing is just to do it and you’ll learn along the way.

Jordanne: It’s true, there are so many incredible labels all doing very different things. Cody asked me to help out with Dinosaur City in late 2016 at the time when the label was mostly putting on shows. It wasn’t til the release of Phanosland’s ‘For the Lovers’ EP in February last year, I think, that we both began to learn what it meant to run a label/business, and we’re still learning every day. To be honest, running a label is not something I ever saw myself doing. I agreed to it because I wanted a creative outlet and it sounded like fun, and I’ve always been passionate about music. I suppose it made sense to say “okay, let’s do this”.

Who do you see as your label contemporaries? Are there any labels that inspire you?

Cody: We have many contemporaries and labels we definitely look up to, but everyone is different, each have different means to an end. I have to say Den’s new album on Paradise Daily is just another example of a great release from that label. Same goes for Laura Jean on Chapter, a label of longevity. Recently when I’ve found some Australian release that I’ve fallen for from the last two decades, more often than not I’ve found it was Chapter who brought it into the public’s view.

Jordanne: Similarly to Cody, I’m consistently a fan of all Chapter releases, from their incredible reissues like Asphyxiation’s “What’s this thing called Disco?” and the Can’t Stop It! compilations, to local releases like Holy Balm’s Activity. Same goes for Paradise Daily, who released Sex Tourists’ and Orien’s debut albums – two of my favourite releases from the past couple of years. 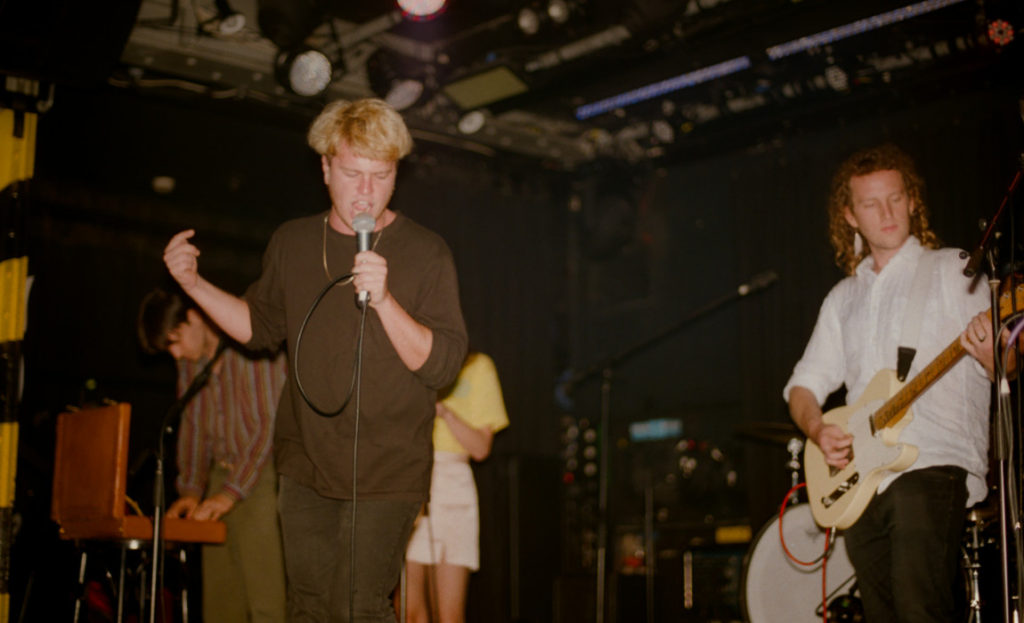 Your label is known for being champions of the DIY (do-it-yourself) scene, why is there such a fruitful DIY community in Sydney?

Cody: So many people in Sydney are very industrious, for lack of better word, when it comes to their music. They have home studios, they learn how to evolve their craft and they also want to show it to people. When I first moved to Sydney I turned on the radio and found FBi and 2Ser. This is just the beginning, of course because it’s not always easy to find a support network here either. Sydney has a deep past, and there’s a lot to say about this city but it isn’t without its problems. Magazines like OZ and bands like Radio Birdman are anomalies. They created art underneath constant redevelopment that found its way to a larger audience. Many weren’t so lucky. Not much has changed however so we all have to come together and help find the fruits that this city constantly walks over.

What impact does being a “DIY band” have on the music made by a band? Is it anything to do with genre or can any genre be DIY?

Cody: Unless you have a lot of money that you want to gamble on a contemporary response to your art. I think ‘do it yourself’ is usually the road that most people find themselves on even if they aren’t even aware they’re travelling on it. Each should learn to share that road, and help a fellow traveller. DIY isn’t exclusive, it’s the complete opposite. It’s cohesive to an age where many things we can do can be done by ourselves. Once upon a time, music wasn’t heard if you didn’t have a label. Retrospectively that’s why collectives and small labels were so important, and are now being rediscovered. The future will do the same for those that do it themselves. Genre in relation to DIY will only be spoken of after the fact, so no I don’t think there is a certain sound attached to DIY, not at the present but maybe for the future. 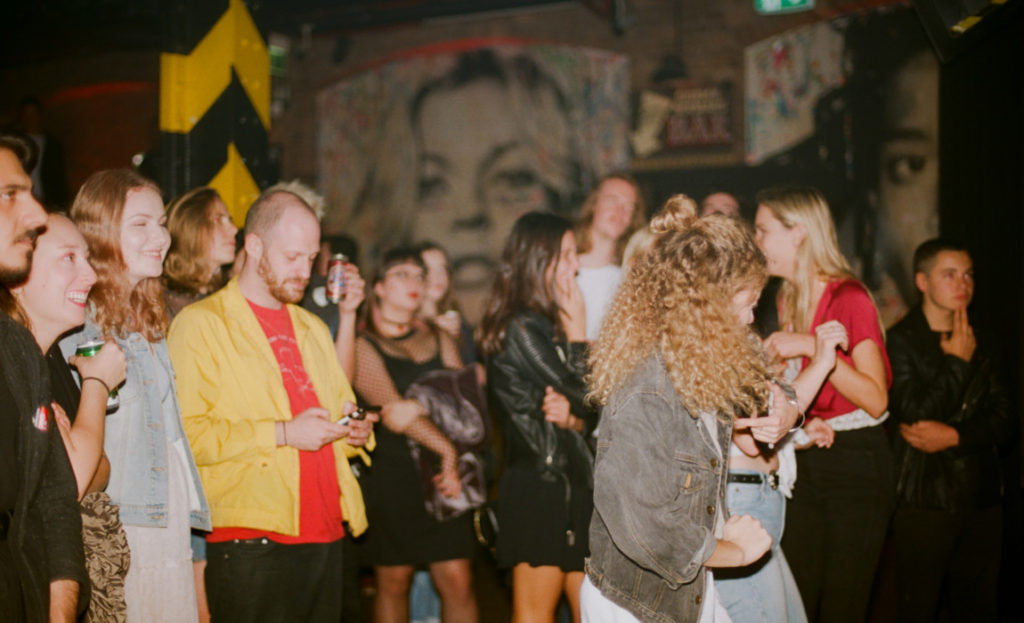 Do you have aspirations to take the label to the international market? Is it important for a label to continue to expand outwards or do you want to remain focused on your immediate community?

Cody: Immediate in our age is constant. Everything is intended to be immediate so I don’t feel that us releasing a band to an international audience is any different to an Australian audience. We have released an album by New York band Cotillon, and on August the 3rd we are super excited to be releasing Omaha via New York band, Navy Gangs’ first LP.

Jordanne: I’d love to move overseas, and still running the label, and I’d love to do more international releases personally… I think it’s really important, however, to build a community here in Sydney and help give the artists around us the attention they deserve, locally and internationally, which is why putting on showcases and events is really important to do as a growing, independent label.

What made you decide to release mixtape cassettes? There is something so nostalgic about releasing on cassette, is that important to you?

Cody: For some it is nostalgic, for others it is novelty. I don’t mind either. I do remember the first tape I bought but I think I was right at the end of that part of that era. Today it has had a rebirth and that is in part helped by streaming. It means we can make a limited run of tapes and those that feel close to a release will want a physical tape while others can listen on their iPhones and appreciate it also.

Jordanne: Cassettes are cheaper than records to produce, and they don’t sound much different when you play them through the right deck! We can make them at home, to order, also. If we could do the same with vinyl I’m sure we’d be doing more releases under that format.

What releases do you have lined up for the next year?

Cody: Navy Gangs LP ‘Poach’ is out August the 3rd.

Jordanne: I’m very excited for the world to hear Navy Gangs’ debut. There’s talk of some other cool stuff, but we can’t say yet! We also just released the fantastic Greenwave Beth’s debut EP, ‘People in Agony’. I’m super proud of it, as should Charles Rushforth and Will Blackburn, whose project it is, be!

What’s something you do in running Dinosaur City that you never would have guessed would be a part of being a label boss?

Cody: There’s lots of things, I can’t even begin. Just being happy to try and make something interesting happen each day/each month is hard. Working with Jordanne Chant is probably one thing of the best things. It’s great to have someone to bounce ideas off and talk things out with.

Jordanne: I never believed I’d be a co-director of the label, so I’m surprised every day!