How to Mic up a Drum Kit for Recording Drum kits are the quintessential heart of many bands and performances. Providing driving rhythms that propel a song along the often maligned drummer probably does not get the credit he or she deserves. In this guide we examine what the best way to mic up a drum kit so you can capture the kit at its best. Drum kits offer far more variation than other instruments given the amount of individual pieces of a drum kit. Compared to a standard guitar amp where one hard working SM57 pointed a sweet spot will capture all you ever need drum kits require a much deeper understanding of mic position and which mic to use when.

While a near infinite range of potential drum configurations we will concentrate on the main areas of Kick drum, snare, toms, hi hat and overheads. So apologies to Nicko McBrain fans we will not be covering his setup.

Let’s start with the Kick. While its primary goal is to produce a low timbre an incredibly important aspect of kick drum is the attack of the beater, this can come in at around 2.5-5kHz. So it’s not just a case of using the lowest frequency mic you can get hold of. As SPL is typically very in a kick drum it’s recommended that dynamic mic use to sustain the punishment that occurs in and around a kick drum. The best mic position is typically inside the actual drum head or half way in for less “slap”. Another way to reduce harsh transients is to use a dampener like a cushion or pillow. Most kick drum heads can be removed or may have a hole where you can fully insert the mic or have it half way in.[/vc_column_text][vc_column_text]For a more open and boomy sound or if you can’t remove a head and don’t want to cut holes in your kit you can also position the mic outside the kit. Pointing the mic directly at the centre of the kick drum will result in a lot of low end and pointing the mic off accseess will lower the bass and give a slightly more mellow sound. Placing the mic no more than 15cm away from the head should allow you to capture the main sound of your drum. Any further than that and you will start getting more of the room than the drum.

The Snare is arguably the most important part of the drum kit and can make or break tracks. Just take a listen to Metallica’s ST Anger for how not to record a snare drum (sorry Lars). Like the Kick drum it’s a good idea to use a dynamic mic due to the high SPL present. As the snare is located quite close to a lot of the other drums it’s generally preferable to opt for a cardioid pattern to focus the sound and eliminate back ground noise as much as possible. Mic placement can vary but the tried and tested method is placing the mic approximately 5 cm above the snare slightly to the side. You obviously don’t want to hit the mic but want it reasonably close the snare.

A second popular method is using the same position but approximately 15 cm from the snare. This will give a much more open sounding snare with less attack. If recording a drummer that really like to smash the snare this technique can be quite useful as otherwise the sound picked up by the mic can be a little overpowering and not give enough dynamic range to the snare sound. If we want to get fancy you can try the bottom/top mic placement. The top snare is placed in the same way as the close mic version however there is an additional mic placed underneath the snare. This bottom mic will capture the crisp rattling of the snares against the top head. This can be used introduce extra top end into the snare sound. The mic should be placed about 5 – 10 cm away from the underneath of the snare and you may want to experiment with putting the mics in and out of Phase with each other to see the best results.

Toms are essential for fills and giving variety to the drum sound. These are typically recorded by using either 1 dynamic mic in between the 2 rack toms 10-15 cm away from the heads. Or if you would prefer to record each tom individually place a microphone about 2.5 to 7cm above each head depending on the intensity you are looking to achieve. Floor toms can be miked in a similar way to a close miked snare, place the microphone about 5 cm above the head. However there are plenty of clip on microphones for toms that can be affixed directly onto drum itself. These make the recording process a lot simpler but then you lack complete control of the microphone placement that the control freaks among us demand.

Hi Hats are sometimes missed out completely when miking up a drum kit. Engineers sometimes feel they capture the sound from some good overheads or even with one high quality microphone further back in the room pointing directly at the drum kit. However for those of us who want to capture the exact nuance of the Hi Hat we need to take a few factors into account. For crisp detail a small diaphragm condenser microphone is the preferable choice in this circumstance. The mic is best placed pointing directly down at the high hat approximately 5cm above its open position. An alternative method is to place it slightly off axis to the side of the Hi Hat. This second position places the microphone further away from the rest of drum kit reducing the amount spill the microphone picks up.[/vc_column_text][vc_column_text]Do not point the mic directly where the top half meets the bottom. Otherwise you will capture the puff of air that is released when the two meet, which actually damage small diaphragm condenser microphones.  For this reason a bass roll off on the mic is also preferable. 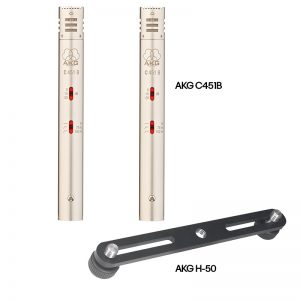 Overheads brings us to the final position and is a pretty important one. If you are a very tight budget then it is possible to record an entire drum kit just using over heads. You will lose the intensity of the kick drum and snare but it’s a great way to capture demos or a more basic feel. However they also capture the high frequency response of the crash and ride cymbals as well as the overall feel of the kit. There are 2 basic ways of position overhead microphones coincident and spaced. The coincident offers the advantage of capturing the stereo image of your drum kit whilst reducing phasing issues.

Microphones can be purchased in stereo pairs which are mathematically calibrated to reduce phasing issues. The spaced mics are slightly easier to set up and capture a wider stereo image of your kit. The problem with this method is that it can lead to phasing issues. If the low end sound thin and hollow then are probably encountering phase. Try moving one of the microphones until problem is resolved or if you have the option use a phase switch on your recording setup.

If you just want to capture the cymbals and are using other microphones then any of the models we recommended for the Hi Hat will also do well as overheads. However if you want capture more of the room or are just using 2 microphones to record the entire kit opting for a large diaphragm condenser would be a good idea.

Hopefully this guide has given you some good ideas for how to record your drum kit. This is by no means a be all and end all as with any recording experience experimentation is key. However sticking to these basic principles you should get a great sounding kit every time.