Swervedriver has been bringing their full-blooded, shoegazing psychedelia to the ears of adoring fans since the late ’80s. Now, 30 years since their formation, the band have released their 6th studio album, Future Ruins, and are in the midst of another world tour. Ahead of their Australian tour, singer/guitarist and co-founding member Adam Franklin kindly took some time to share with us some of the gear he’s used, gear he can’t get away from and some new additions he’s loving for adding trippy textures to his signature driving tones.

Fender Jazzmaster through Vox AC30 in tandem with Marshall 50W head through Marshall 4×12 cab, ideally. I’ve had a couple of incredible off-set guitars made for me by DSG/Deep Seat Guitars from Sweden and David Ayers in Arizona. [see pics] Effect pedals come and go but constants would be some kind of reverb, a wah-wah and a distortion. The Boss RV2 plate reverb is all over Raise and I have switched to other fancier reverbs but always come back to this one. Current fave pedals all seem to come out of Portland, Oregon – the Catalinbread Bicycle Delay, CSIDman and Malekko Foxtrot Charlie are all fun to stamp on. The title track of our new album Future Ruins heavily features the Catalinbread Bicycle Delay – their philosophy is to create pedals to help people to write with and that’s a great example. 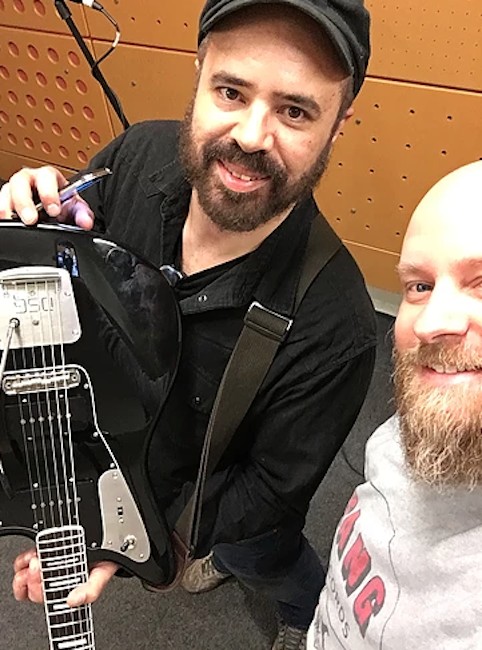 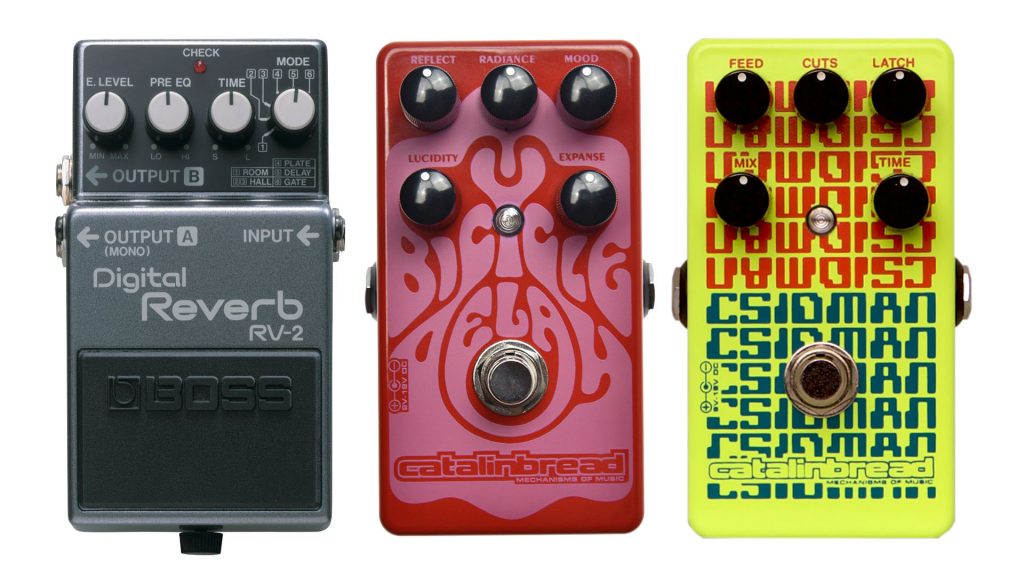 Anything unusual or unique about it?

Well, I suppose no two people play quite the same way so we’re all unique really. And certainly all special, right? I suppose one sound that’s unique to me is my fucked-up Boss Super Feedbacker & Distortion which started playing up one day and instead of holding down a pure tone, created this intensifying siren sound instead. We have since modified a couple of these to recreate the wild oscillation as well as doing what they’re supposed to be doing. Jimmy Hartridge (other Swervedriver guitarist) reckons the original was actually his pedal and I stole it from him. You snooze you lose!

Does your live gear differ from studio gear?

Definitely. We don’t just fire up our live pedalboards to play, in fact, our pedalboards change from tour to tour depending on what sounds have been created in the studio. We might pick up a pedal from somewhere which has a certain unique little quality and is perfect for a recording but wouldn’t necessarily introduce that into the live set-up if it was only used once in one song. In the end, you go with the road gear that is most robust for continuous live wear and tear. For example, there’s the amazing sounding and incredibly cheap Ultra Vibrato pedal that Behringer make which you can pick up for just £20 and is basically a copy of the Boss VB2 – which will set you back £160. As great sounding as this pedal is, it’s in a plastic casing which just wouldn’t hold out on tour. 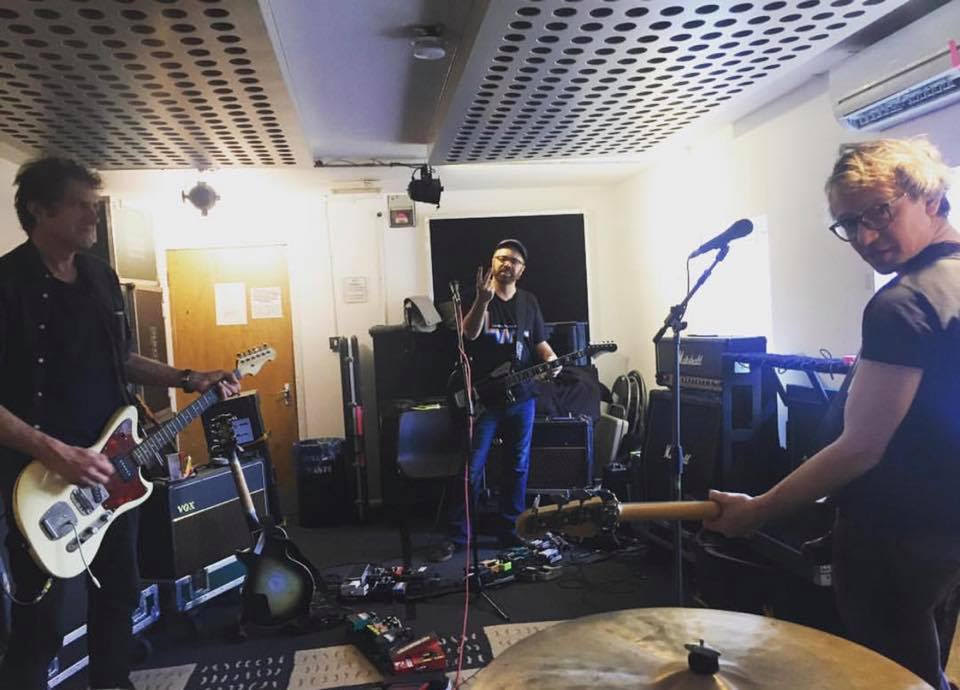 Would you say your gear integral to your sound?

By definition, I suppose it is? I could play a Gibson 335 through a Fender Twin and it would sound different for sure. It might even sound better to some ears. The songs would still be there along with the way I play them. Play it on a banjo and the sound changes again! 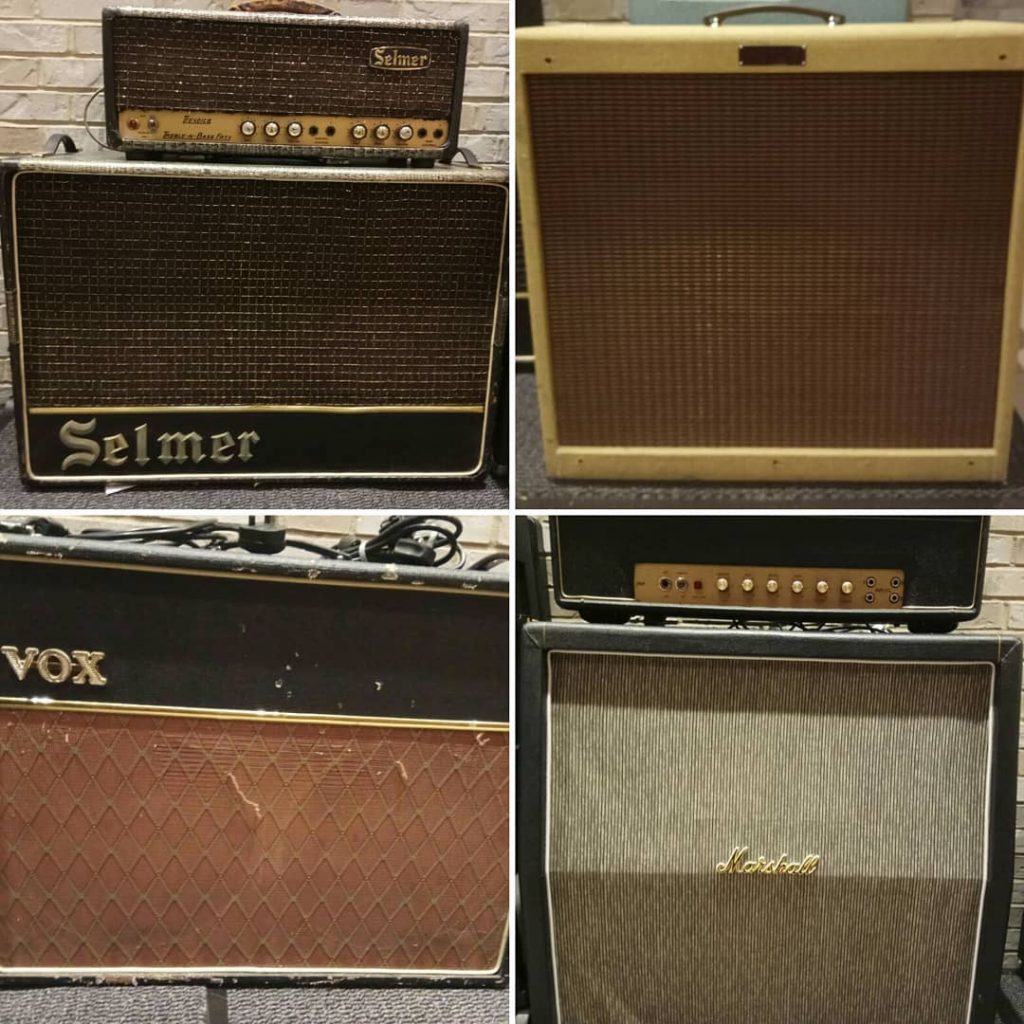 A collection of Swervedriver amps

I tend to like guitar pedals that you can still mess with once they’re switched on, things like the Doctor Q pedal where the sound changes depending on how hard you hit the strings or the Univox Micro Fazer where you can alter the depth of the phase with your foot via the knob on the side. I actually wanna find a tremolo pedal where the trem speeds up or slows down according to how hard you hit the strings.  I used something similar in plug-in form for vocals a little while back but I can’t figure out for the life of me what the hell it was now!

What was the first piece of musical equipment you ever bought or came into contact with?

My friend Mark and I both had these cheap and cheerful little child-sized nylon-string acoustic guitars which we think were made by either Kanok or Kapok. He started playing his but I didn’t get around to mine for years. The bottom two strings sounded great for the intro riff to Get It On by T.Rex.

We’re looking forward to bringing the tour for our new album to Japan, Taiwan and Australia as well as having the further UK and USA dates coming up.