My Gear: Cristian Barbieri [The CB3 + Session Player for the likes of GoldLink, Thando & More]

Cristian Barbieri is one of those lucky buggers that manages to make a living out of playing the guitar, spreading his talents across the studio and live session work, plus his own musical endeavours. With a resume that covers 3 triple j Like A Versions, playing Bluesfest, working with Billy Davis and touring with Jessica Mauboy, Cristian’s quickly becoming one of Australia’s premier players. We got the chance to the quiz the Melbourne based guitarist about his current setup, and as you can see below, he was quite happy to indulge us.

G’day Cristain, in your own words, what do you do?

I play the guitar. I have an original instrumental trio called The CB3 and also play for artists such as Thando, Billy Davis and Benny Walker. I’ve also been fortunate enough to play for Jessica Mauboy, Goldlink, Masta Ace, Dylan Joel.

Sheesh, that’s a tough one so I’m going to make like a baby boomer and subdivide.

Pedal:  Original Ibanez TS9. Yep, I became one of those wankers. I bought it purely because I saw it pretty cheap at Found Sound and thought, “This is a good financial investment!”. I compared it to my reissue and there’s just no comparison. At risk of you thinking even worse of me, I’ll refrain from using terms such as “transparent”, “dynamic”, “vintage-y” and “cleans up nicely” and let you make your own minds up about them. 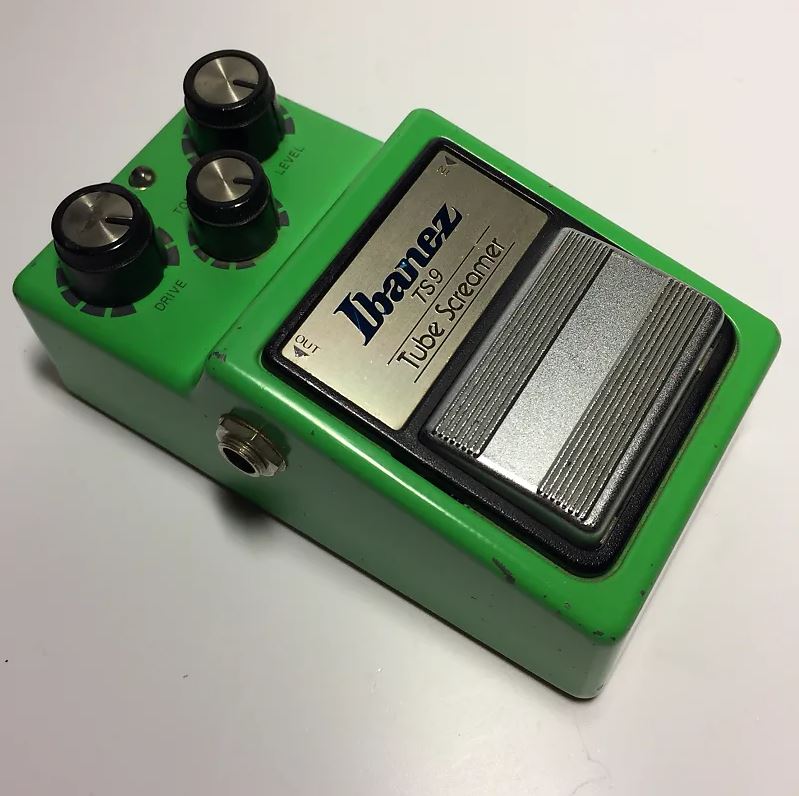 Guitar: Bespoke Telecaster put together by David Paul. I use that tele SOO much and it also introduced me to his pickups (Orpheus Pickups) which I have in 3 of my guitars now. It’s no coincidence that they’re my main 3 axes. His pickups record unbelievably and sound killer live.

Amp: Mesa Boogie Studio or Calibre series (mid ‘80s). I’ve had 3 or 4 of these in my time. Most people prefer the flagship Mark series but I’ve just never connected with them (or perhaps I don’t know how to use one). The Studio and Calibre amps are actually Mesa’s cheaper line but for some reason I LOVE them. There’s something about the sweet, pushed mid-range and about the way they compress that tickles my ears just so. I’ll never not own one.

What’s currently on the pedal board?

Way Huge Swollen Pickle. Blow your face off type fuzz. It’s such a beast of a pedal I never get the volume knob past 2 or 3. Haha. It’s stacks so nicely into OD pedals. There’s so much tone-shaping possibility with those mini knobs. I don’t really know what they do, to be honest, I just fiddle till I like it. 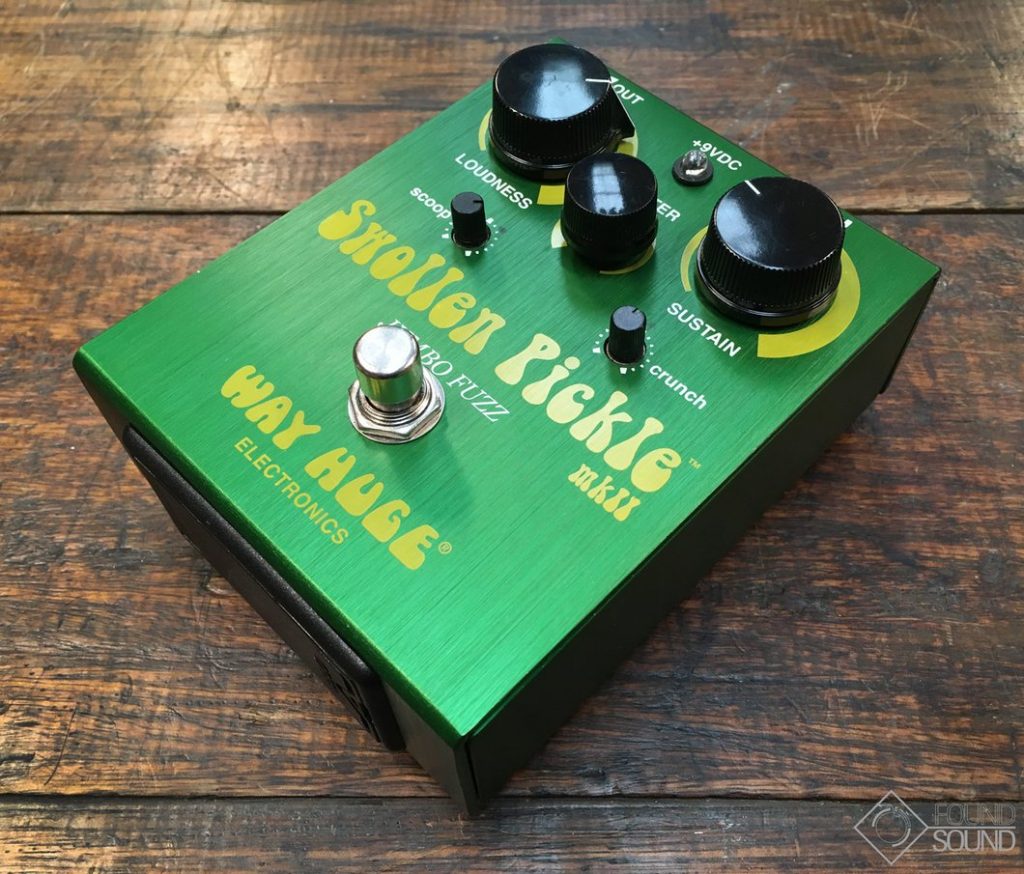 Fulltone Octafuzz. I bought this for its really subtle, low gain sounds but I’ve since discovered I can also use it to pretend I’m Hendrix… and fall very short, oh well!

Jackson Audio Broken Arrow. Awesome OD unit. Has 4 different diode modes to select from and this function cascading gain function where you can select 25%, 50%, 75% or 100% of where you set the gain. Really cool.

Strymon Mobius is what I use for most of my mods. Some people love ’em, some people hate em. I get it, it’s digital, but I love it. It gets a MASSIVE workout in The CB3 but sees good amounts of actions in other projects too. I make full use of it. The tremolos, phaser, autowah, envelope filter, chorus/vibrato, rotary and occasionally even the ring mod. When I have the luxury, I run it stereo for extra lushness and spread.

Strymon El Capistan is easily my favourite sounding delay, I get so inspired by that pedal. At the moment though the Empress Echosystem has earned it’s spot on my mainboard. It’s more versatile and I can save a bunch of presets which comes in handy for Thando’s set. Also, it does sound very good.

MXR Reverb or Strymon Flint is what I’ll use for reverb. I usually have a touch of reverb on my amp and use a reverb pedal for them big verbed-out sounds.

The not so usual suspects (my secret weapons): 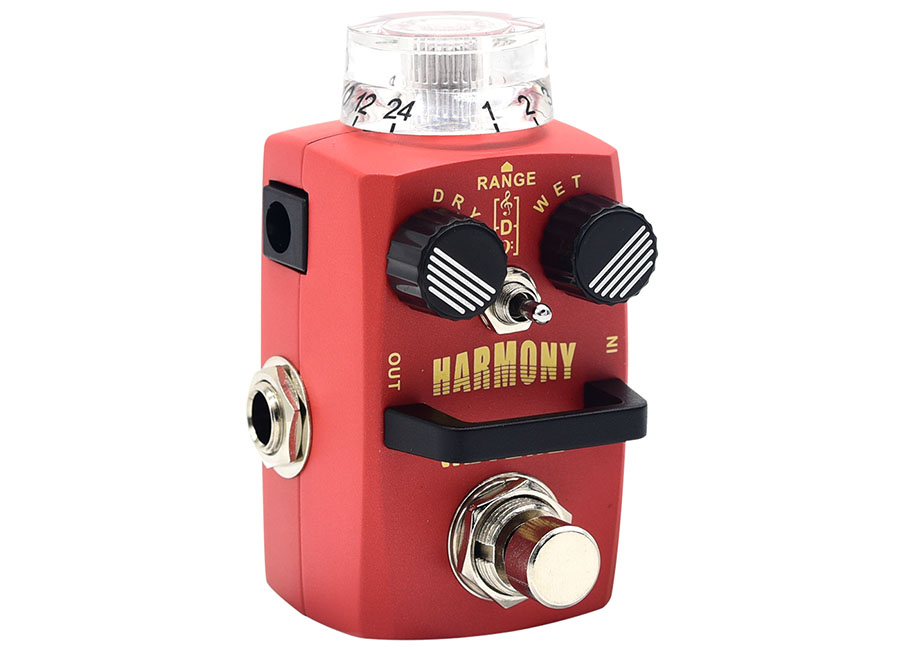 Hotone Harmony. This thing is unbelievable. So many options in such a small package. It’s a harmoniser. It allows you to set the harmonisers interval (1-24 semitones), the inversion (above or below) and it has both a “dry” and “wet” knob so you can blend in all sorts of combos. I use it a fair bit. I really dig setting it to 5th above and playing triads. You get some awesome sounding extensions. 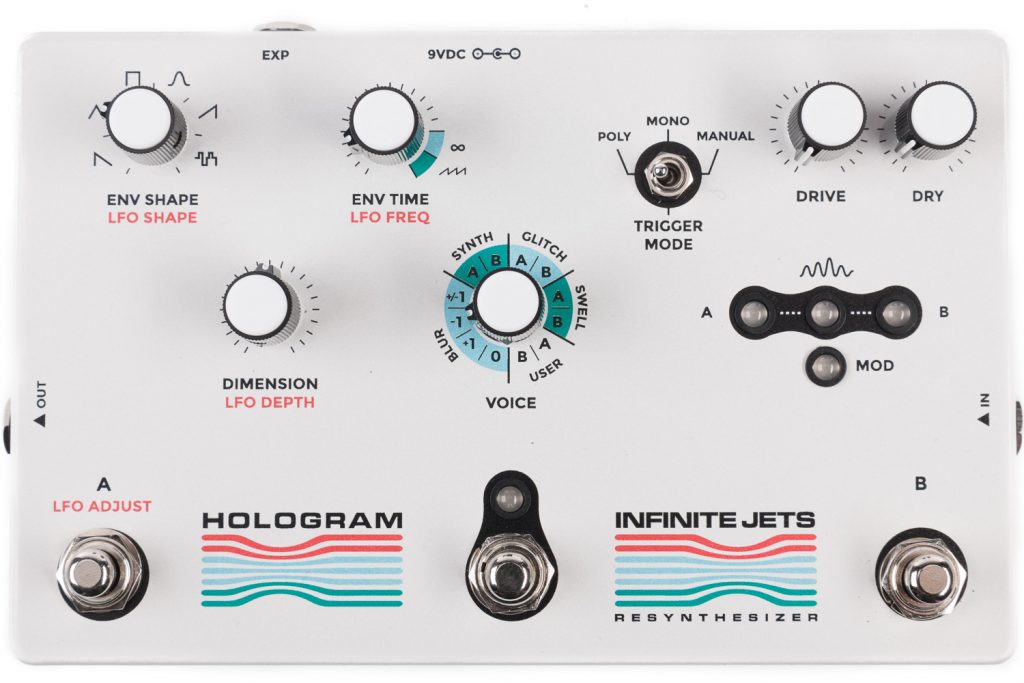 Hologram Effects Infinite Jets. It’s hard to explain what this thing does so I’ll quote their website:
“Infinite Jets tracks the dynamics of your playing, samples individual notes and chords, and then reinterprets them as new sounds using two independent channels of infinite sustain. It offers 4 separate sampling effects in one: Blur, Synth, Glitch, and Swell. Create lush ambient textures that seamlessly fade from one chord to the next, infinite sustain, glitching granular loops, filtered synthesizer sounds, violin-like fuzz and swell effects, drones, distorted delay and vibrato, and much more.”
Cool huh? I use the Glitch and Blur settings mostly.

It’s been interesting. Winter was very quiet, not much was on the horizon and I began entertaining the idea of considering other career paths. I guess that’s pretty common amongst full-time musicians/artists.
Then I looked back to the start of 2019 and realised I had one of my busiest years to date. I toured with Jessica Mauboy, I played Bluesfest for the first time with Benny Walker (thanks Benny!). I tracked a bunch of stuff for Billy Davis’ upcoming album (there’s some absolute fire on that!). I appeared on my 3rd Triple J “Like A Version”, this time for Leikeli47, which I MD’d (editors note: MD = Musical Direction), she was SUCH a legend. I got to play with Thando, which I’ve been wanting to do for a stupidly long time. She’s one of my absolute FAVES! I can’t wait for more shows with her. Finally, The CB3 recorded a new EP which will be out next year.
Other career options? I’m an idiot. 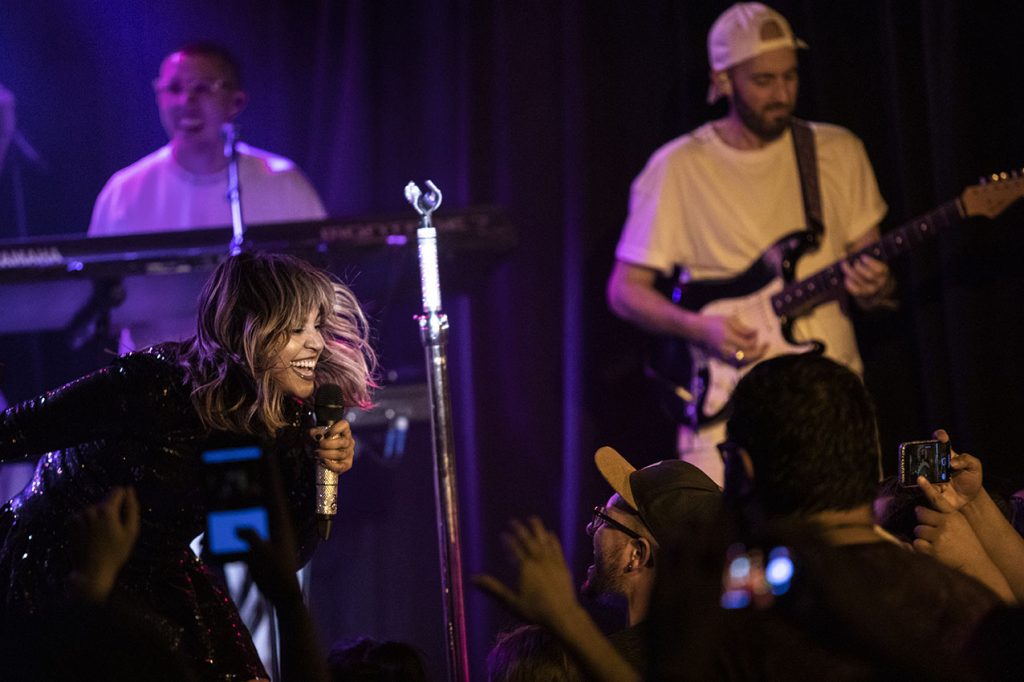 What gigs/sessions do you have coming in the near future?

I have a run of festival gigs with Thando and Benny Walker in February and March and as I mentioned, I’ll be releasing some new The CB3 material. I’m so pumped with how it’s sounding. The fellas (Caleb Shand on bass, Chris Farace on drums) are playing their asses off! We went pretty deep on some of those tunes. It was really nice tracking live as a trio and having so much interaction make it on the record. Choi (Cookin’ On 3 Burners, The Traffic, True Live) did an amazing job engineering and producing it. All the sounds are so on point. Having Xani Kolac feature on the violin is a real highlight too. She’s such an incredible musician and her use of pedals is so tasty. There are no official release/launch dates as of yet, I’m currently planning it all but you can keep up to date with it by following The CB3 on all the usual platforms.