Dan Rivers has established himself behind the keys on the Australia music touring scene with singer-songwriter Thandi Phoenix. Dan kindly took some time to share with us some of the gear he’s used, the gear he can’t get away from and some new additions he’s simply loving.

I have recently moved over to the Korg Kronos 2 SE 61 note and a MOOG Little Phatty II and trust me, it has been the right move! Over the past 4-5 years, I have created a horrific Frankenstein of a rig with a Roland JDXi, Roland RD 64, Mainstage 3 with a Novation midi controller, an external sidechain compressor, Komplete Audio 6 midi interface, tonnes of leads, 2 x pedals & 3 x stands. As much as I love each piece individually and in combo’s the set-up took too much time, it was a nuisance and a mess with so many leads and power packs and after moving all of my sounds over to the Kronos and the MOOG I now have a simpler, easier to manage set-up! 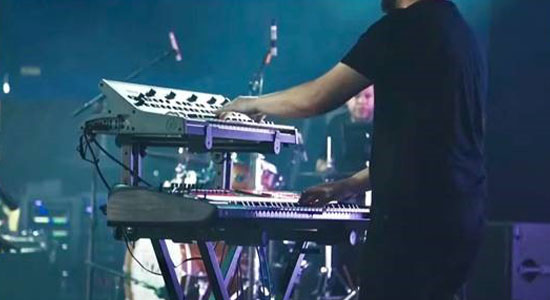 100%. The Kronos gives me so much more flexibility with the sound design but most importantly its contained in one unit. With the MOOG Little Phatty II, this thing is a beast! As I play most bass parts in the set’s I am playing it is perfect for it. Round, fat, subby and perfect for the genres I am playing. I am a huge analogue gear and a gear fan in general but as my live touring / travel commitments get busier it is important to try and travel as light as possible without impacting the quality of sound. This combo for me is ideal.

Without a doubt. As mentioned above, my live rig was ridiculously large and convoluted with too many pieces.  Now I have a simpler set-up and the quality of sounds I am producing now are better than ever and all from ONE unit!

Have you modified it at all? Why?

Not so much a physical mod but I use the Kronos as an interface/mixer to run an external Roland Octopad utilising the external in’s. Again a great way to minimise gear but you have the added advantage of using all of the Kronos functionality, effects and tools.

Use your external in’s as a sound source to trigger the internal compressor as a side-chain! There are tutorials on YouTube.

After the recent success of Thandi Phoenix’s first Like a Version, her first headline tour and Splendour performance the rest of the year is starting to fill up quickly. On the horizon we are appearing on ABC’s The Set, Sweet Dreams Festival in Canberra, NGV Nights in Melbourne, Festival X in Sydney & Melbourne, Google & YouTube Festival in Sydney and Luna Park for New Years on Sydney Harbour. 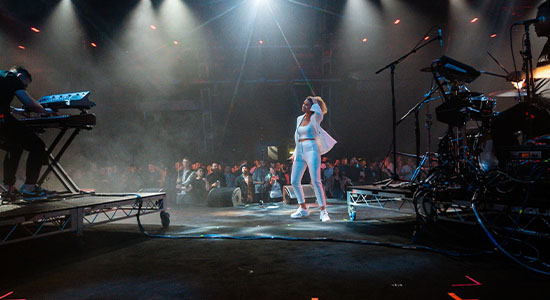 One thought on “My Gear: Dan Rivers”