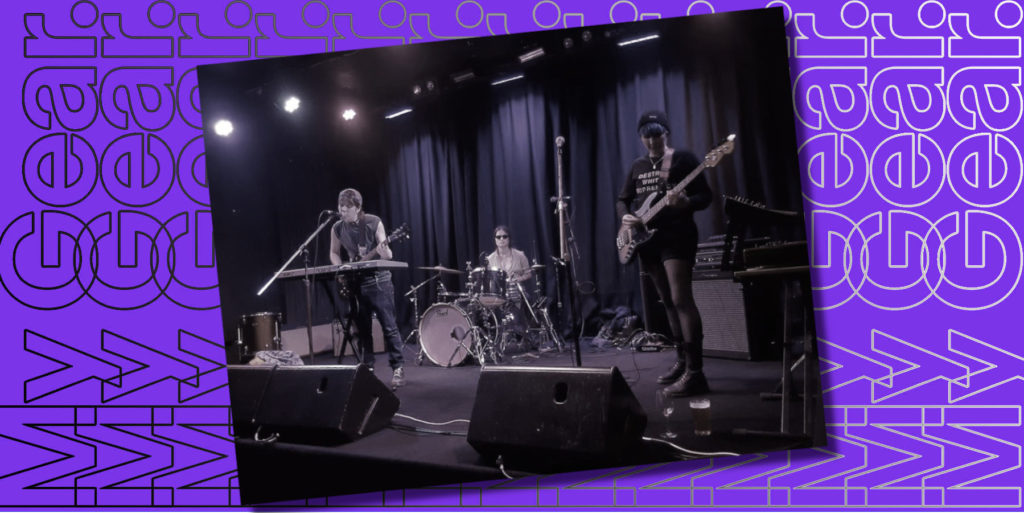 In a city as musically fruitful as Melbourne, with new bands cropping up literally everywhere you look, it is an exciting thing when a new band really grabs you and won’t let go. Dark Water is exactly that kind of band. Their reverb-laden, synth-driven pop songs are captivating, with a sound that is darkly 80s, The Cure-esque in its delivery. Jack, V and Seb from the band ran the My Gear gauntlet to let us into their world of synth, reverb and Ableton backing tracks…

What kind of music are you making at the moment? Tell us a little bit about your projects.

V: I also play as a solo project called V. I am putting out a record next month and touring in March. Super excited about that!

Seb: I use a Fender Jazz bass which I got last year. Actually, Geryon found a bargain online for me and helped me suss it out because I’d never played before and it’s sick! I use this and a BOSS multi-effects guitar pedal, which is actually V’s. Can you tell I haven’t played in a band before?

V: I use a pieced together Percussion Plus kit Jack leant me and bit and pieces from my housemate who is also a drummer. We use a Roland SP-404 Sampler to play our backing track.

Jack and Seb: It doesn’t.

Jack: Our backing tracks are made in Ableton using software synths and instruments. We use a backing track live too.

Jack: I’d say the software I use is because that is more specific but in terms of live instruments, brands are not really integral. 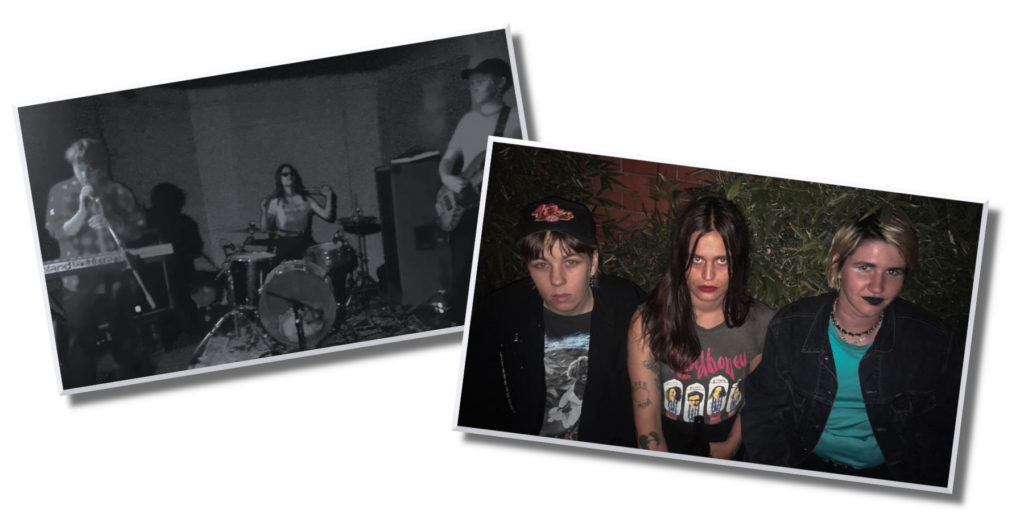 Jack: My grandparents piano when I was a kid, probably about 6 or 7.

Jack: I’d like to own some vintage synths and drum machines because I only use digital.

Seb: An amp and pedal so I can return the ones I’ve been borrowing. And a 1925 fiddle.

What is coming up for you in the future that you are excited about?

Seb: And touring! Especially excited to go back to Brisbane. And it would be cool to go to Europe. And America. And New Zealand.