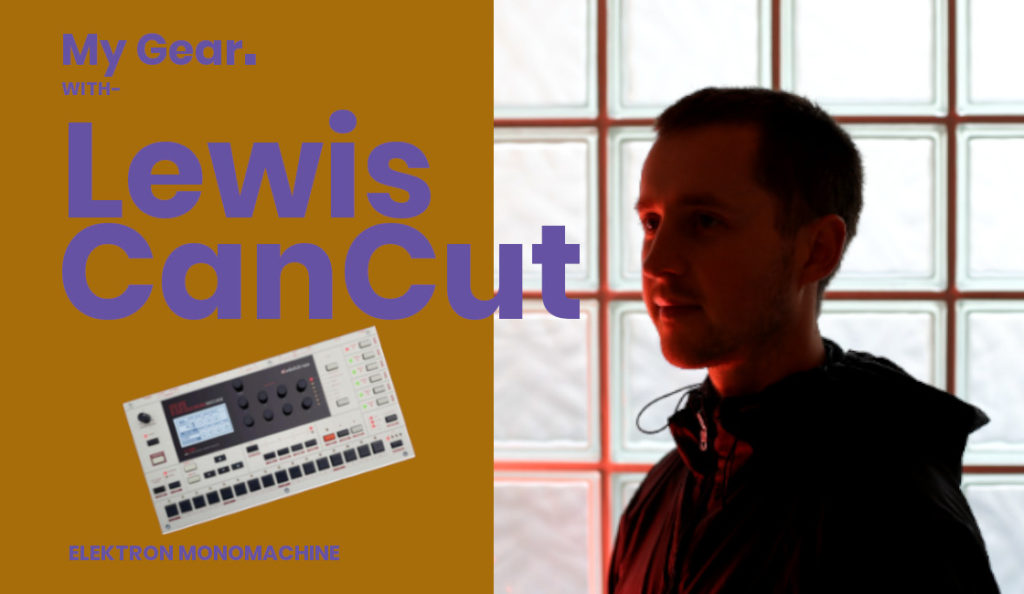 Melbourne producer, Lewis Cancut, breaks away from the safety of genres. Lewis experiments with unique sounds, layering bass and instills a tropical nature within everything he does. Lewis has released a constant stream of music, gaining the attention of big names such as Diplo, Branko, Daniel Haaksman, Astronomar, Bert On Beats, Crookers and more.. With his busy schedule, we were fortunate enough to catch up with Lewis to have a convo about his go-to bit of gear.

For me, it’s the Elektron Monomachine. For a long time I was hearing other people’s records and wondering “how do they get those sounds which are so textured’ (like rubbery, metallic, airy etc). I was trying to recreate this effect through multi-tracking a lot of analogue gear, like the the Roland SH101, but wasn’t getting the results I wanted. Only once I stared using the Monomachine could I get what I was after.

It comes down to the basic architecture of the synth, where it’s really 6 Monomachines all stacked vertically on top of one another and working together. So you can create patches which completely fill the frequency spectrum and stereo field by combining all the different layers. In this way it allows me to write music which is really quite minimal in terms of melodic arrangements, but which sounds quite big. Well, that’s the idea anyway. 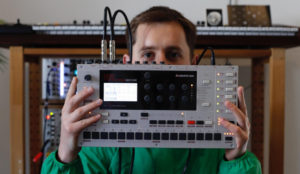 Having all the components of a track, playing together as patches on the one piece of equipment has been a huge benefit to my writing process. It allows me to get all the different instruments working together really well before I even start recording audio into the computer. It’s almost like you’re mixing the track while you’re designing the sound pallet, so that once you get to that mixing and mastering later on, everything is already complimentary and pulling in the one direction. This is particularly important to get right with synth-pop, as the weight of the music depends on a special relationship between melody, phrasing and timbre.

It’s a little confusing (for me at least anyway), but if you can get your head around the internal routing, it essentially becomes an extremely flexible and powerful modular synth in a tiny box. You can for example, feed 5 different synthesisers through a single filter or delay. Also on that note, learning how to internally rout the LFO can open up a world of very animated and dynamic sounds. Though it does feel as though you’re re-programming your brain in order to do it!

How did it come to be yours?

I was trying to buy one just as Elektron decided to discontinue it. I waited in a queue for a new one through a dealer for about 6 months, before finally tracking down a second unit. I’m fearful of the day it eventually packs it in. I’m almost considering buying a backup!

Right now I’m working on a surround sound, extended voice piece of music, using only audio generated with the Hatsune Miku vocaloid character. Then at the same time (very slowly) working towards an EP for early next year. Also have been mixing the debut EP for Sydney based artist Ninajirachi which should be out in the next couple of months. Lots of fun things in the works!