Mark Furtner initially started out as a touring guitarist in one of Australia’s highest profile Heavy melodic bands LORD throughout 2007 and was made a permanent member by the end of the year. He has since become an integral part of the band dynamic and has gone on to write some of LORD’s most popular songs. Mark took some time out to chat ‘My Gear’ and take us into his world of guitars and amp rigs.

What is your current live rig? Does it differ from your studio setup?

Aside from the ESPs that I’ve been using for 20+ years, I’ve been running a PodX3 bean and a small 200watt solid state power amp for the majority of my time playing in LORD. This pre/power amp setup may seem inadequate, but it packs more than enough punch for the shows we play and it’s all so small and light that it makes touring really easy. My studio setup is much the same, besides a sonic maximiser and some other rack tidbits, I have the Pro Rack XT and X3 with a boatload more presets for experimenting and having fun with.

Is there a piece of gear that is integral to your sound and you can’t live without?

Without a doubt, my ESP guitars loaded with DiMarzio pickups. That’s the first and most crucial step in the process for me. I can be flexible with modellers, amps, and cabs, but I only have one guitar and pickup choice. 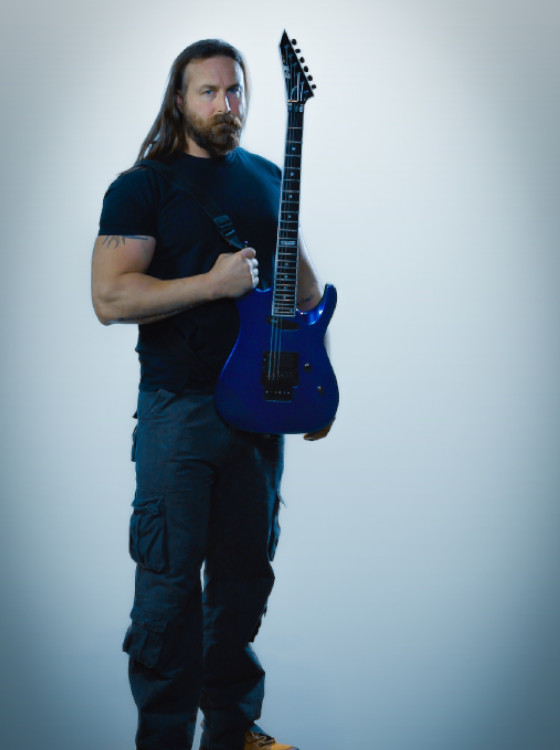 Absolutely! I’ve had an unwavering passion for ESP Guitars for well over 20 years. They aren’t just instruments to make cool sounds with, they’re handmade works of art. The aesthetics of my ESPs excite me, in turn making it even more exciting to play, and magic happens when you’re in that happy place.

Is there a piece of gear that you’d never part ways with?

My vintage ESPs. I have guitars built as far back as 1987 and I’m particularly fond of the specs and design of the 1980s to 90s ESP production models. These models are long deleted, will never be reissued, are a piece of history and have high personal/market value. Also, my Shure digital wireless. I hate having leads hanging at my feet so using my GLXD4 at rehearsals and gigs is always a pleasure. 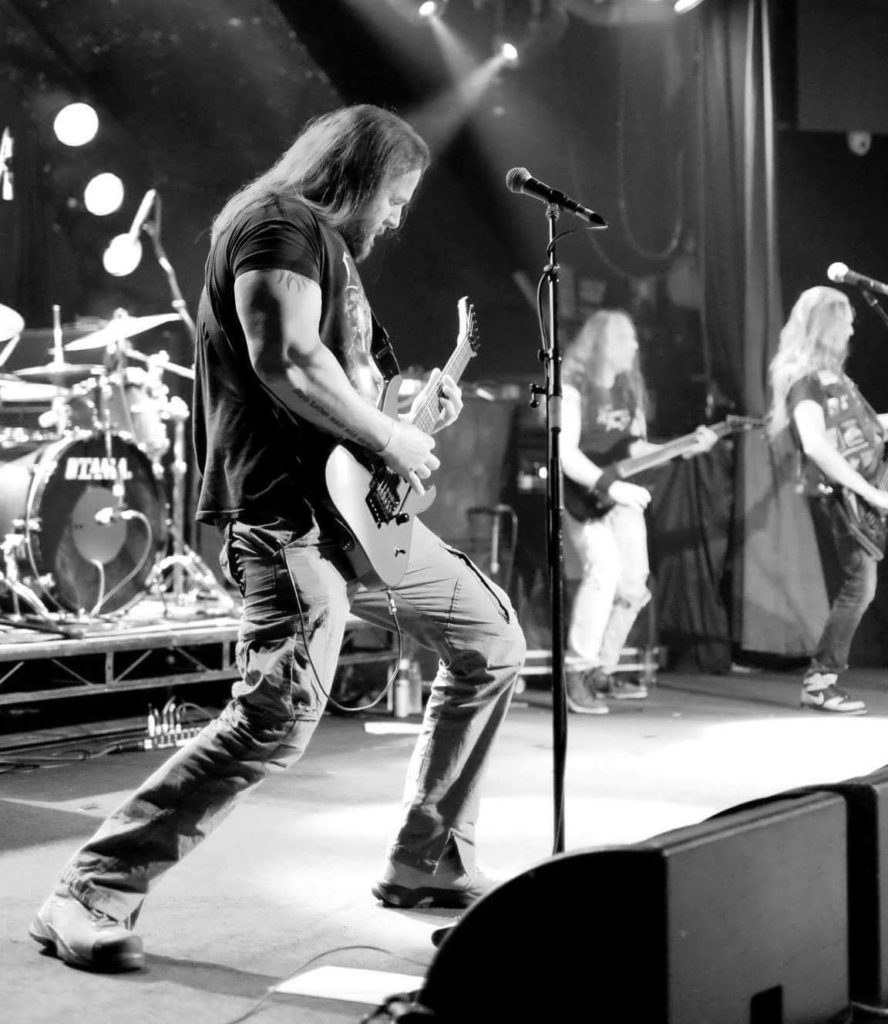 Nah, if something had to go then it would have been for good reason, usually to fund something better!