Noisegate took a minute to talk gear, influences and future plans with Olivier Pinard, the man responsible for the low-end in metal titans Cattle Decapitation.

What piece of gear could you not live without in your setup?

I would say my Spector Euro5LX Amber Gloss. By far my favourite instrument in my arsenal. Also, my Darkglass Electronics Microtube 900. No matter where I am in the world, I know I can rely on this little beast. The overdrive from the B3K brings my bass tone to life on every stage! Also, the fact that the amp is so small making it very travel-friendly.

Has it influenced your sound/playing/songwriting?

Yes. I tried many different basses in the studio, and I was never satisfied with any other instruments than my Euro5LX.  The Spector tone for some reason inspires me to write basslines that I would never think of with a different bass, same with the Darkglass Electronics B7K. I tend to play harder with that sick combo!

What has been your best and worst purchase in music-related gear?

My best purchase is obviously my Spector Euro5LX and my Darkglass Electronics B7K. But, I would say that my Spector Rebop5DLX fretless is probably one of my favourites instruments to play at home! I have always been a huge fan of a fretless bass. I had the chance to record a full-length album with the band Akurion with this bass. I don’t have any worst purchases… I don’t spend money on things that I’m not sure that I will like it! 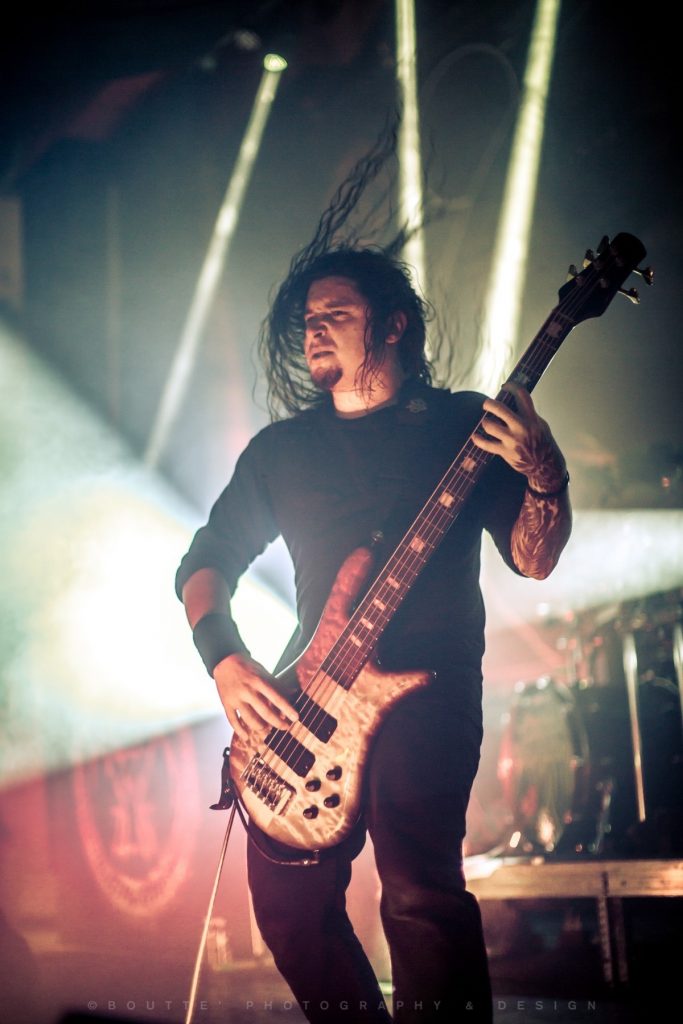 Who would you say has influenced your sound/style of playing?

My main influence is Steve Harris from Iron Maiden. He’s the first bass player that really caught my attention. I remember the first time my older brother played  “2 Minutes To Midnight” to me… I was speechless. I decided that I wanted to become a bass player that very same day! Other than him, many many other bassists inspired my playing. Guys like Jason Newsted, Les Claypool, Dominic Forest Lapointe, Steve DiGiorgio, Geddy Lee, Fieldy, Ryan Martini, Alex Webster, Derek Boyer just to mention a few.

I’m actually on tour with Cattle Decapitation in Australia/ New- Zealand and Japan. We just started our tour cycle supporting our latest album Death Atlas. We are also scheduled to play Israel for the first time next month. Following that, we’ll embark on a headline tour-run in Europe. We plan to hit as much territory as possible. You can check out our social media and website www.cattledecapitation.com for all the tour dates. In the meantime, I’m busy working on a new Cryptopsy album that will hopefully be out somewhere in 2021. Also, make sure to check out my new project Akurion. Our first album Come Forth to Me will be released on April 10th via Redefining Darkness Records.

See you on the road.