pting are a brand-spanking-new indie pop four-piece based in Melbourne. They write adorably irresistible guitar pop that is absolutely guaranteed to have you jangling about in the summertime.  They released their first-ever single Bus Driver in August of this year and are now following it up with the release of their new EP beep beep. Here at Noisegate we can’t wait to see what these cuties get up to next, and are delighted to premiere their debut music video for Bus Driver. We sat down with one of the band’s songwriters Elsie Lange to find out more about their set-up and exciting plans for the future…

Our pting set up is simple, two guitarists (Rhys and I), a bassist (Yura) and a drummer (Ben) and Yura, Rhys and I all have a sing. I play a Maton Mastersound, it’s the first electric guitar I’ve ever owned and I love it dearly. It’s really playable with a vintage tone and just looks and feels cute as heck. Also Aussie – which is sick. As a guitarist I tend to use whatever amp is available but preferably something with built-in reverb and brighter tone. Also I’m in an indie band in Melbourne so it’s integral that I use a chorus pedal almost all of the time [laughs]. Rhys uses a little distortion and a cute delay pedal too. Our recorded music has a little bit of synth and a few five or six part harmonies, which is something we don’t do live (yet), but we try to ensure our recordings are true to our live sound.

To an extent – aside from a chorus pedal, our gear is sort of periphery to the songwriting, simple fun pop that we can embellish here and there, but without the effects that we use I feel like the songs would be really different.

I want to say the piano but it was probably a sort of egg shaker that my mum would have fashioned out of an old jar with rice in it so that we could play along with the adults around the table. But I started learning the keys around age 7 and I remember thinking it was pretty magic. The first I bought as an independent person would have been a big keyboard with weighted keys that was really heavy and didn’t have a lot of live playability. I loved it though!!! 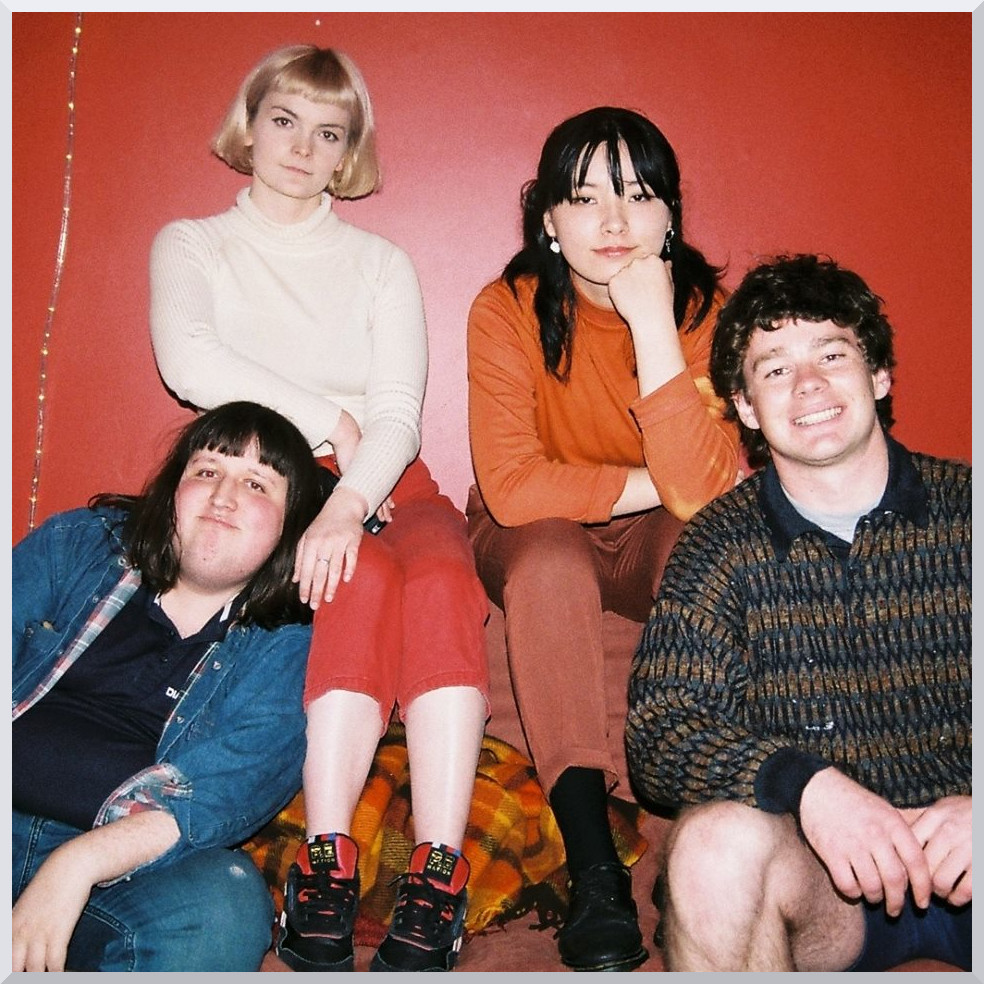 I think a beautiful synth like a Dave Smith Prophet 8 would be really exciting, but I also just really want an old Telecaster. I just like things that I’ve had a play of before and that feel comfy.

What is coming up next for pting? What are you excited about?

Our EP beep beep is coming out on December 6 and we are SO EXCITED!! It’s three songs, including Bus Driver, that were some of the first songs we ever jammed together as a band. We are also so stoked to share our new clip for Bus Driver! In 2019 we are going to put on a fundraiser for another EP and continue doing lots of shows because it’s so fricken fun.

And now the exclusive premiere of Pting’s new video for Bus Driver, enjoy!

Keep up to date with pting: