Firstly, Massive X v1.1 now shows you the envelope shapes you’ve created via a dynamic animation, rather than a static image of an envelope. This was always a strange omission, why have pictures of of envelopes on a software synth when they can obviously be more? Many suspect NI simply ran out of time to implement it in v1.0, but we’re here now and all is well. 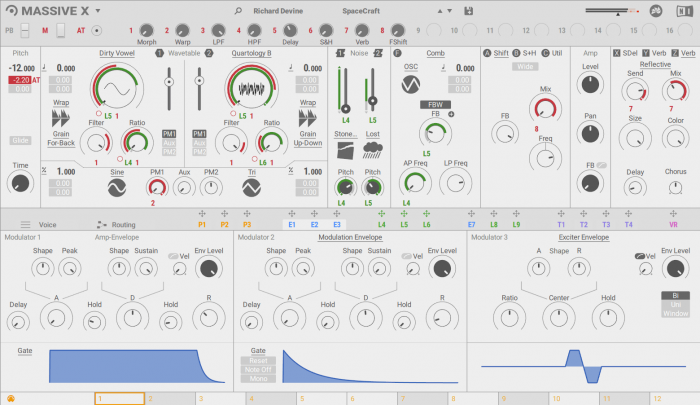 The other big update is the addition of some different skins, including more CPU friendly flat GUIs. Massive X is a big, forward thinking piece of music software and computer systems older than a generation or two reportedly really struggle with it, so some CPU optimization is sure to be welcome.

It’s an endless conundrum with new software development — developers no doubt want to design the most bad-ass thing they possibly can, utilizing the latest and greatest systems. But, then they have users running old systems foaming at the mouth with rage that they’ve dared not consider them and their 10-yo Intel chipset. I do not envy software creators and that predicament, but hopefully the flat GUIs appease some — plus, they look very nice.