It’s time for another Noisegate giveaway, and this time we’re giving you the opportunity to win two of the most hyped new products of 2019. Thanks to Korg Australia, our randomly selected winner will win a Korg Volca Modular (RRP $379) AND a Korg Volca Drum (RRP $309) — both having just arrived in Australia. 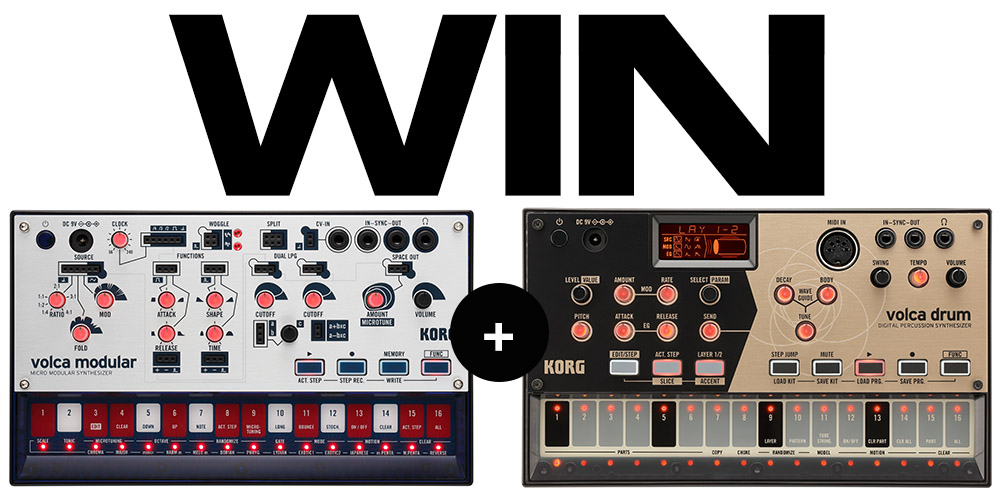 The Volca Drum joins Volca Kick and Beats as the third, but most unique, drum synth in the Volca lineup. The Volca Drum is a digital percussion synth featuring DSP-powered analog modeling  and a 6-part x 2-layer structure. Twist and distort the sounds with unique on board effects like the wave-guide resonator and overdrive to take things to the next level.

Entrants may only enter once. Duplicate entries will be deleted. The Winner will be chosen at random by an independent adjudicator or panel of judges and is open to Australian Residents Only! Giveaway Starts Friday 22nd March 2019, ends April 30th 2019. The prize is as stated and no cash or other alternatives will be offered. The prize is not transferable. The competition is open to existing Subscribers & Facebook followers. The winner agrees to the use of his/her name and image in any publicity material. This promotion is in no way sponsored, endorsed or administered by, or associated with, Facebook, Instagram or any other social network.