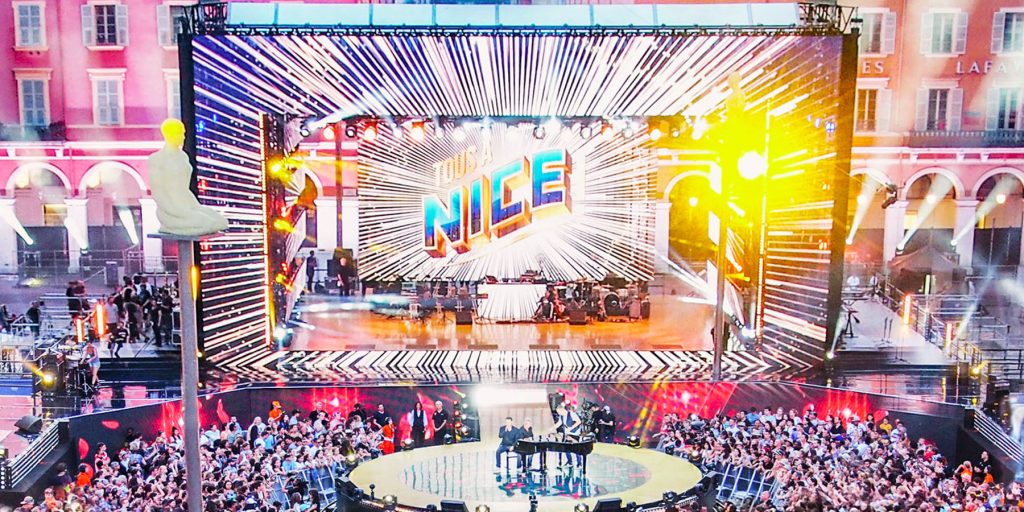 Column speakers are seeing a renaissance in live production in the same way line arrays did in the 1990s. While it may be hard to remember this now, in the early 1990s, line array loudspeaker designs were considered very much old hat and associated with unimpressive voice-only systems from the 1960s. Then, physicists Christian Heil and Marcel Urban published and developed their Wavefront Sculpture Technology theory, and Heil’s L-Acoustics turned it into reality with V-DOSC.

German manufacturer Fohhn is seeking to do for the humble column speaker at live gigs what Heil and co did for the line array. Column speakers have been used for years in traditional public address applications, particularly in difficult acoustics that are highly reverberant. Columns with eight or more drivers were built where each driver could be mechanically angled in different directions, keeping the sound away from walls and other reflective surfaces. This concept was developed over time from physical to digital control over the driver’s directionality, giving rise to digitally beam-steered column speakers. Fohhn became a market leader in beam-steering technology for installed applications.

But Fohhn realised that the same advantages that make a beam-steered column speaker ideal for some installations are equally useful in live production. The only issue was one of scale and SPL. Enter Fohhn’s Focus Modular series, ideal for live gigs.

The three HF and full-range models share the same physical width and depth (224mm x 274mm) and are designed to be locked together and flown using Fohhn’s own Quick-Lock system. It’s incredibly quick and easy to put together a Focus Modular system that is appropriate to cover even huge outdoor concerts. A Focus Modular rig is narrow, doesn’t need to curve like a traditional ‘J-curve’ line array, and at just 22 cm wide, can visually disappear in almost every application. And, to quote just one spec, the FM/I-110 can do all that while producing a maximum SPL of 148dB.

The advantages of a PA that locks together quickly and flies easily are obvious. What’s really incredible about Focus Modular is how much power and coverage just three elements per side can give you. Australian Fohhn distributor CMI Audio recently ran an outdoor demonstration at their Melbourne HQ that utilised two FM/I-400s and one FM/I-110. This created a flown column array just over 4.5 meters in length, which proved more than capable of throwing high SPL full-range music well past the listening area and over the road – a coverage area greater in size than the audience for a mid-sized stage at most outdoor music festivals.

Anyone involved in contemporary, mid to high-level concert touring in Australia and New Zealand at the moment knows that huge LED screens are the must-have for every act. Either central upstage, or distributed left and right, visuals are important not just in EDM, but across genres. While lighting traditionally battled with audio over PAs getting in the way of their fixtures, the video department is even less forgiving, with more rigid sightline requirements. Fohhn’s Focus Modular series enables audio to avoid this issue entirely; these columns can mount to the side of any LED screen, or on any proscenium arch, and stay entirely out of everyone’s way.

Focus Modular’s ‘Two Beam Technology’ means the audio from each element can be split into two separate acoustic beams, each with a possible vertical beamwidth of 0° to 90°, and an inclination angle of -40° to +40°. This means the sound can be directed almost anywhere, and neatly side-steps loudspeaker placement issues and coverage problems created by balconies, dress circles, and other architectural features.

Outside of concert touring, Focus Modular’s flexibility becomes even more compelling for corporate event production. The huge variety of venues, locations, and material to be amplified in the events market creates physical and acoustic challenges for sound. Some corporate events are held in company headquarters, or even factory and warehouse spaces. Many of these will be hostile, highly reverberant environments, so a beam-steered PA is the perfect solution.

As in concert production, LED screens for presentations are becoming larger and more dominant, so Focus Modular’s dimensions and integration possibilities are another advantage. And more than any other live market, corporate doesn’t want to see your speakers; Focus Modular can disappear with ease into rigging, set elements or side-of-screen. When the event shifts from speech during the day to full band at night, you’ll have no problems with the SPL Focus Modular is capable of producing. 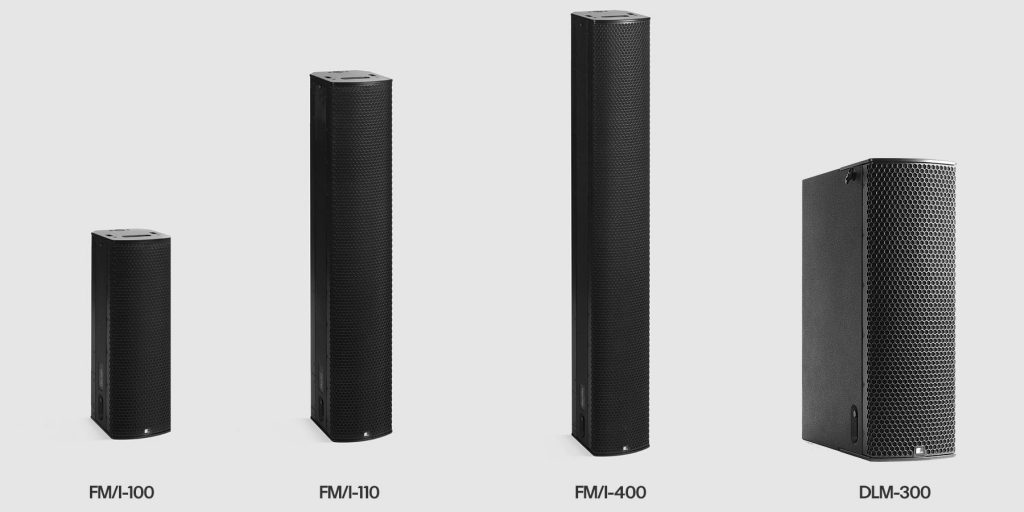 All professional PAs for live production need their own prediction and modelling software, and Fohhn has brought something new to this field with Fohhn Designer. Like most modelling software, you can import the CAD of the venue you’re going to work in, or create your own, and adjust speaker models and settings to get the coverage you need. Unlike some other software, the workflow in Fohhn Designer is snapshot-based, so you can easily switch between different speaker models and configurations, and generate pdf proposals, quotes, and reports with a click.

Cleverly, Fohhn Designer is a web-based application and runs on Fohhn’s servers. This means the incredibly processor-intensive calculations for acoustic simulation happen in Fohhn’s server array, and are not limited by the processing available in your laptop. This means faster, more accurate simulations, and makes Fohhn Designer a powerful sales tool for live production companies, with professional-looking reports generated to be shared that can include pictures, screenshots, predictions, volume calculations, and costings.