Novation Unveil the SL MkIII: All in One Keyboard Controller 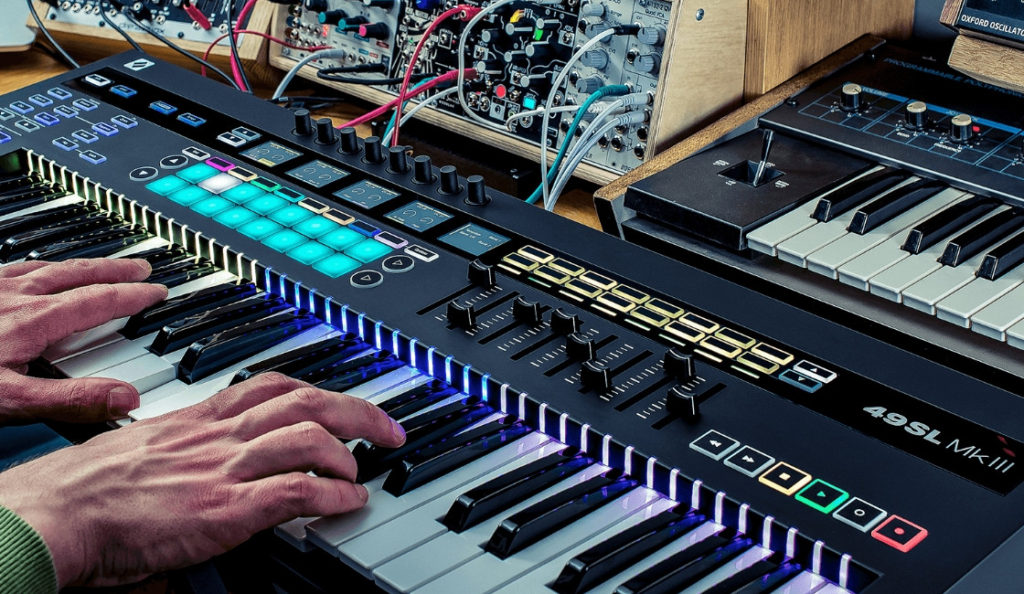 It is obvious that this new incarnation has been designed for numerous workflow types and with the multiple ways that people like to write, produce and perform electronic music.

You get a full-featured, eight-track sequencer – so you no longer have to depend on a computer for that function, that was originally built for the Novation Circuit, is designed to be an all-in-one central hub of your music-production life, integrating with software DAWs and plug-ins as well as hardware synths, beat-makers and modular equipment.

It appear obvious that Novation worked with Ableton to create a fluid integration with Live. The colour LCD screens give you full visibility of the Ableton parameters, while the pads, buttons, eight faders and eight knobs allows get you hands-on control.

There is of course integration with any major music software, using InControl with Logic and Reason – plus HUI compatibility with Cubase, Pro Tools and Reason.