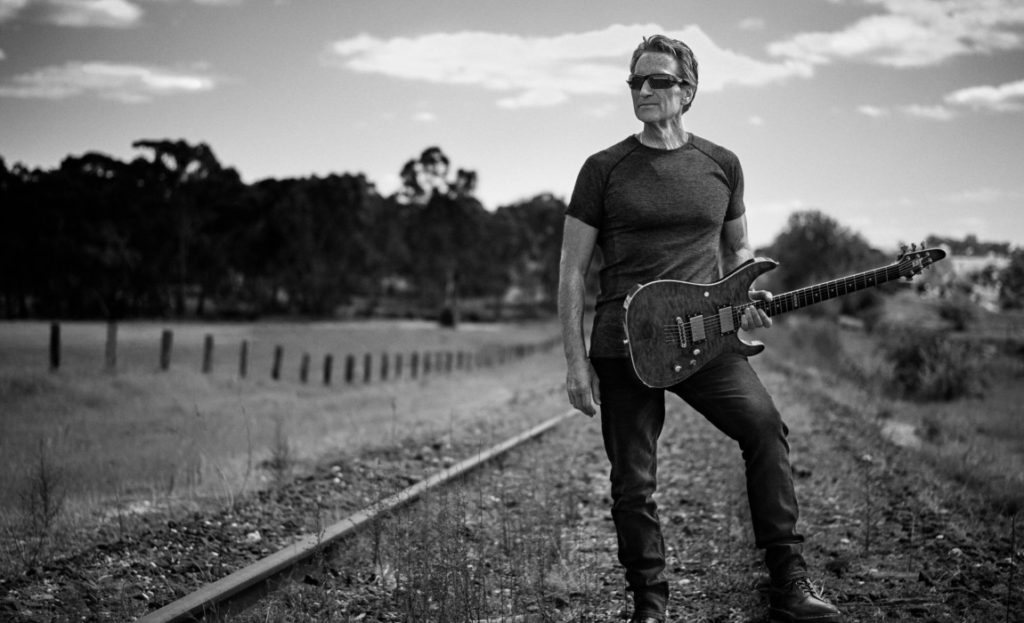 Brett Garsed is a renowned Australian guitarist, musician and songwriter, who has worked with the likes of John Farnham, USA Band Nelson and T. J. Helmerich. Brett’s most recent recording projects include the Uncle Moe’s Space Ranch album featuring TJ Helmerich, Gary Willis, Dennis Chambers and Scott Kinsey, the Tapestry album which was released under the band name “Mojo” and features Ric Fierabracci on bass and Kofi Baker, son of the legendary Ginger Baker on drums, and most recently his debut solo album Big Sky with Ric returning for bass and production duties and Toss Panos behind the drums.
We caught up with Brett to get some guitar playing tips and what his future plans are..

Having spent so much time overseas working with some amazing artists, what is it like playing with artists in Australia?

It’s the same the world over. I haven’t had to work with any prima donnas so I’ve been very lucky in that regard. To be honest, I’m at my happiest when I’m onstage with John Farnham as he’s my favorite singer and I really enjoy playing the songs with such an incredible band.

When you take on a project, is your preparation and approach different for when working with John Farnham or playing with the likes of TJ Helmerich, Gary Willis?

No different in the sense that you prepare as well as you can for any gig. Regardless of whether the music is prog rock, pop or fusion you just try to get inside it as much as you can and bring as much to it as you can.

Having played guitar since you were 12 years old, what tips would you give to any aspiring up and comer wanting to emulate some of your feats?

As long as they love playing music so much that it’s not a chore and they’ll work at it as much as they can then it’ll all work out. It takes time everyday to develop and maintain a skill set that can be useful either to yourself or others and I think it goes way beyond dedication. You have to love it.

We see you have done quite a few video tutorials, what was the reason for this?

A couple of years ago I did a 6-video series for Guitar Techniques Magazine and they recently asked me to do another 8 which will be featured in the magazine until the end of the year. Jason Sidwell wrote all the backing tracks and he did an amazing job. After I soloed over the tracks the solos were transcribed and included in the magazine so people could check them out.

Through the years you must have been exposed to a lot of gear at your disposal. How do you go about selecting your guitars, amplification, effects etc and what are you using now?

All I think about is what the gig needs. I’ve been playing ESP guitars for nearly 15 years now and they’re rock solid so reliability is a big factor. I’ve been using Fractal equipment such as the Axe FX and Ax8 as we do a lot of fly in gigs with Farnham and I can just pack the Ax8 in my suitcase. It’s the most compact solution when you need a massive range of options. We’re offered rented backline amps for these shows but over the years I’ve found that they’re so inconsistent and unreliable that I feel more comfortable using the Ax8. That way my sound is identical no matter where we play.

Thanks Brett, so what are your plans for the future?

My plans are to just keep playing and hopefully keep improving. I’d also like to do another solo album at some stage.