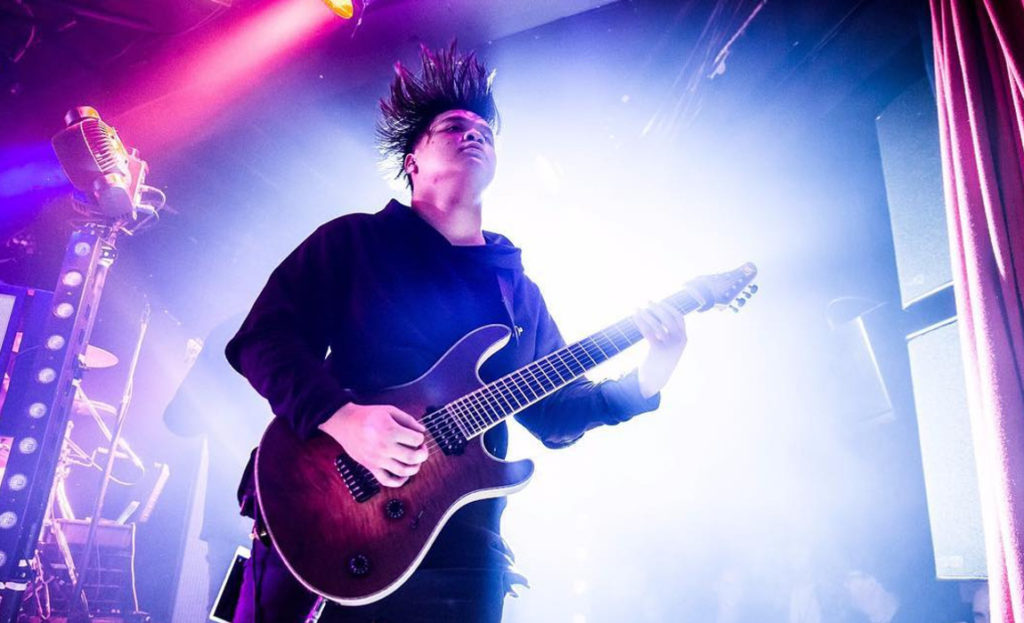 Ryan Siew is an up-and-coming musician from Sydney, Australia and currently plays guitar in the band Polaris. We do a Q5 to find out more from this guitar prodigy.

What sparked your interest in learning guitar?

I don’t think I can pinpoint the exact moment that sparked my interest but ever since a young age I had always been drawn towards music. I used to wake up early to watch Rage on the weekends and I was just blown away by loud guitars and everything else that came with it. Bands like Green Day, Fall Out Boy, Panic! At The Disco and My Chemical Romance were coming up around that time and I thought it was the coolest thing ever. So things naturally progressed from there. After nagging my parents for what feels like years they finally took me to a music store and we picked up my first guitar – a crappy old nylon stringed classical guitar but from that moment on wards I was absolutely obsessed to the point where I would play as soon as I got home from school until I went to bed. I was instantly addicted. 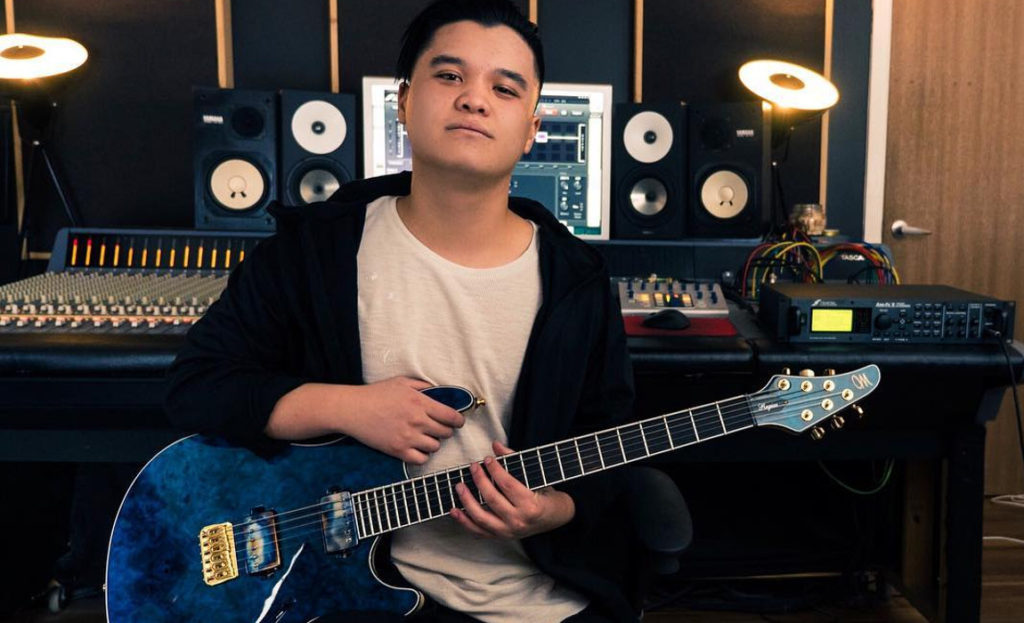 Your band Polaris recently released an album, how did you find the recording process?

As with every record we’ve ever done we all had our fair share of doubts with the material after working on the songs for what feels like well over a year, so things were starting to sound a bit stale. Writing our first album was a very different experience for us as we’ve only put out two EP’s before that, it’s much harder to keep people interested throughout the span of an album so we tried to make each song as individually special as we could. As far as the recording process goes, we decided to fly out Grant McFarland and Carson Slovak from Pennsylvania, USA to handle the engineering and production, they really helped bring the songs to life again. We essentially hired out a holiday house in the middle of nowhere, with no reception or Wi-Fi and tracked the whole thing in under a month; I’m honestly surprised none of us went crazy. Working with the two of them was an absolute pleasure – no judgments at all, both just really chill dudes with a fantastic workflow and understanding of our vision and this genre of music. Ended up being a very enjoyable process all in all!

What’s the current live rig? Does it differ much to your studio setup?

The current live rig is my Axe Fx-2, I just can’t get away from that damn black box. It’s compact and just perfect for what we do. There are endless amounts of amps, effects and routing options. To get a bit more in detail, I love running the Friedman HBE model for our high gain tones – it’s essentially a hot rodded Marshall Plexi kind of deal and the midrange is just so sweet and we used the same patch in the studio just with a few slight tweaks, but I’m always mixing and matching different amps. We have two sends coming out of the Axe – one line with a custom Cab IR that goes straight to FOH and another line with the cab impulse bypassed that we feed into a Matrix GT1000 power amp and that goes into our EVH cabs purely for stage sound.

Do you have a piece of gear you just can’t live without?

The Axe-Fx without a doubt, but I’ve blabbed on about that enough. I think every piece of gear we use contributes to our sound, whether it comes down to our Mayones Guitars or Bare Knuckle pickups, every piece matters in its own right. 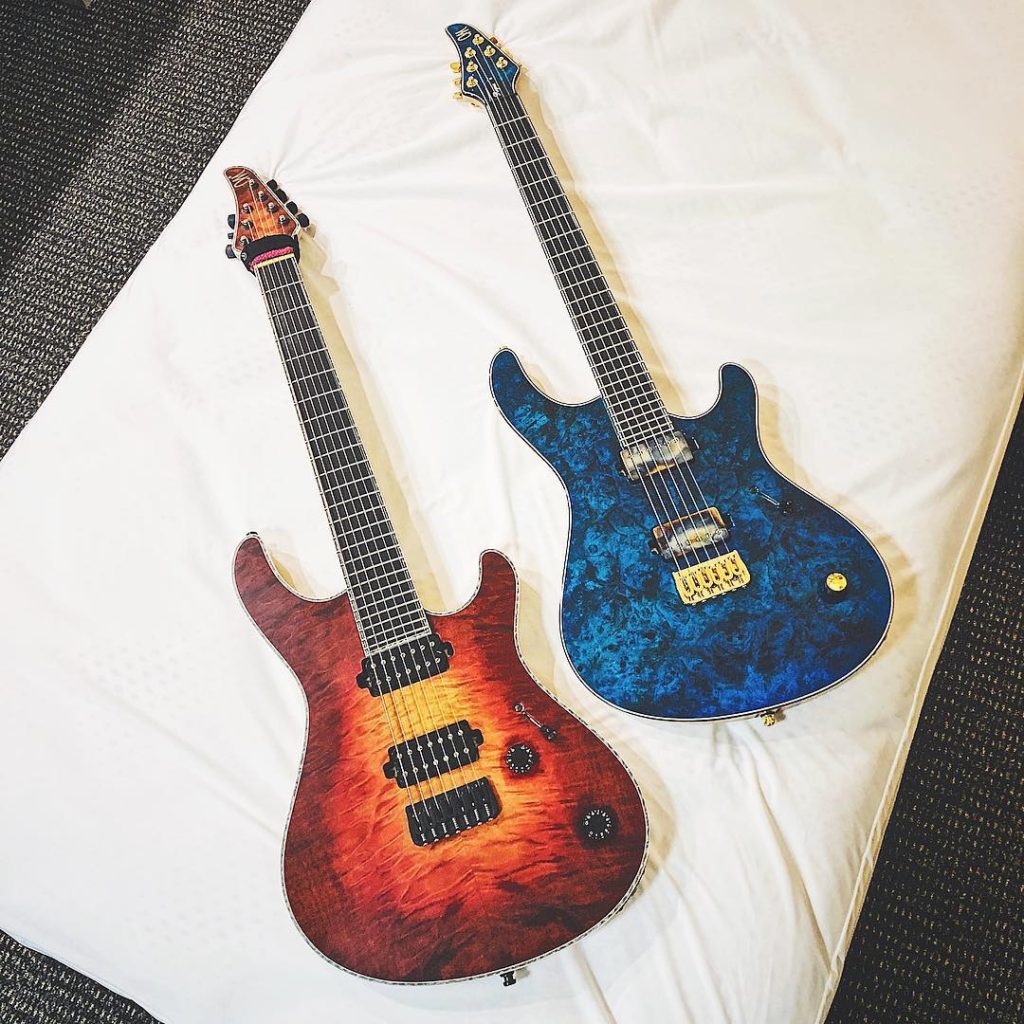 We just finished a six week tour across Australia and Europe so we have a bit of time off now until July when we’re heading on our “Dusk to Day” regional tour. We’ll be hitting some spots in Australia that we’ve never played in which is exciting. After that we’re heading straight to America for our first time with Parkway Drive. August Burns Red and The Devil Wears Prada. In between all this we’re trying to start the writing process for album two, so we’re keeping busy for sure!