Probably the most common use for an audio interface is connecting a microphone to a computer to record vocals. Whether you’re a singer-songwriter, YouTuber, live-streamer, or podcaster, high-quality vocal recordings can have a huge impact on the overall production quality.

Universal Audio’s Volt interface puts professional recording quality within reach of anyone who owns a reasonably modern computer. So, here’s how to get started recording vocals using Volt. Most professional microphones have an XLR connection that needs to be connected to a microphone preamp. Volt interfaces have either one or two XLR mic preamps. So if you think you may want to use more than one microphone at a time for example recording a podcast, you might like to choose a Volt model with two mic preamps.

If you’re unsure whether or not you need a Volt 76 model with the onboard compressor and aren’t sold on the wood side panels alone, then stay tuned, we’ll talk compression in just a minute.

By far the most popular type of microphone for recording vocals is a large-diaphragm condenser microphone. These mics are bulky, highly sensitive and usually very fragile. Condenser microphones also require 48v phantom power, and fortunately, Volt’s preamps do supply this. If you’re a vocalist and want to create the most detailed vocal recordings possible, this type of mic should be at the top of your list.

Large-diaphragm condenser microphones can be very expensive, however, most brands like AKG do offer cheaper models, still capable of capturing high-quality vocals.

Condenser mics are at their best when used in a completely quiet room, where the only sound is the sound you’re trying to record. If you’re a podcaster or live streamer, this isn’t always possible. If there are multiple people in one room speaking at once, a condenser microphone will almost certainly pickup all of them, subtracting from the overall quality.

In these cases, a dynamic mic may be a wise choice. These mics are more rugged and less sensitive compared to condenser mics (and usually cheaper). There is a tradeoff here in terms of overall recording quality, but a good quality dynamic mic should be more than sufficient for capturing dialogue. They’re also a great choice if you’re in a potentially noisy room e.g. live streaming.

Check out this article for audio comparisons of some popular condenser and dynamic mics by AKG: AKG Microphones: Vocal Sound Comparisons with Singer Emily Williams

Volt then converts the amplified analog signal from your microphone to a digital signal so it can be stored and edited on your computer. A high-quality analog to digital converter (ADC) will create a very accurate digital copy of the analog signal, again with minimal noise. This combination of microphone preamps and analog to digital converters (ADC) is a large determining factor in the overall quality of an audio interface, and fortunately Volt scores very high in both departments.

In order to hear the sound of your voice while you’re recording, otherwise known as record monitoring, you have two options.

The first option, software monitoring, means you’re hearing the sound after it has been sent to your computer. In Ableton Live, software monitoring is engaged by setting an audio track’s monitor mode to auto, or in, although monitoring will only be enabled in auto mode when the track is record armed.

There are advantages to software monitoring, as well as ways to minimize latency which we’ll discuss in a minute, but first let’s look at an alternate process called direct monitoring. In this mode, you’re hearing the direct analog signal before it gets converted to digital, so there is no latency.  To enable direct monitoring, just press the direct button.

It’s always recommended to monitor using headphones whilst recording with a microphone, so the only sound in the room is your voice. If you’re using speakers, the mic will also record the sound coming out of your speakers.

When the direct button is lit red, you may only hear your voice in one ear of your headphones. That’s because in this mode, input 1 is sent to the left ear and input 2 is sent to the right ear. This is most useful if you’re recording using both inputs at once, like using two microphones. Otherwise, you can press the direct button again and it will change to blue. Now each input will be sent to both ears so you hear your voice in both ears.

If you are using direct monitoring when recording to Ableton Live, be sure to set your track’s monitor mode to off, so you don’t hear the sound twice.

Many vocalists prefer direct monitoring because even a small amount of latency can be very off-putting. That being said, there are some very tempting advantages to monitoring via software and most computers today are powerful enough to minimize latency when paired with a high-quality interface like Volt.

Probably the biggest advantage to software monitoring is that you can hear your voice with any software effects you own, such as the tasty LX480 reverb plugin included with Volt. In fact, reverb can be so flattering to one’s voice, it often helps produce a better vocal performance. And because plugins are running in real-time, the effect can be changed or removed completely after the recording. 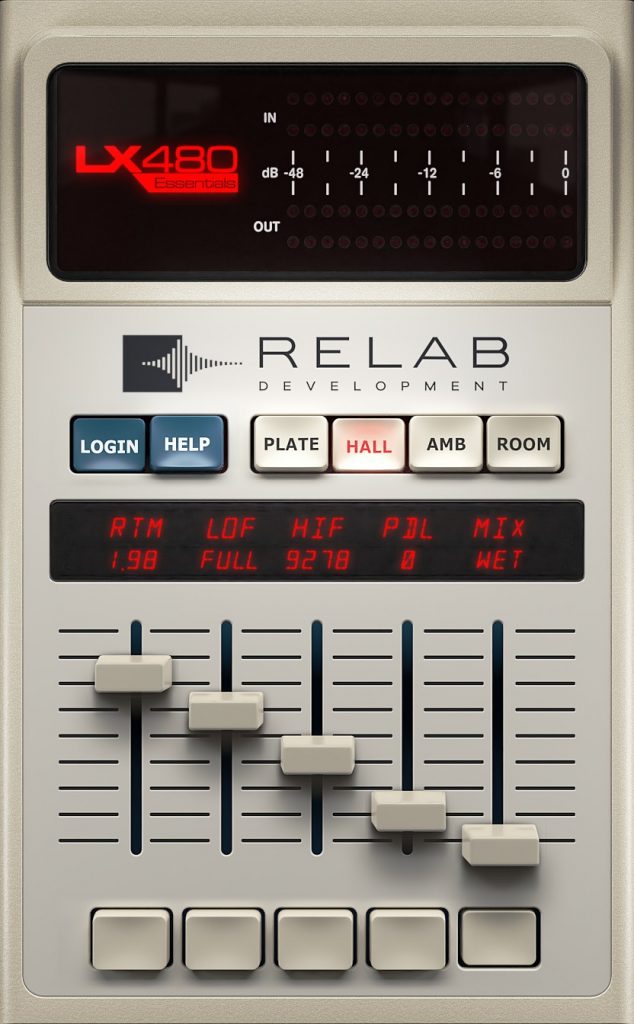 To achieve the least amount of latency you’ll want to lower your hardware buffer size as much as possible. On a Mac, this is done in Ableton Live’s preferences. On a PC, it’s done via the Volt Driver Control Panel in your system tray. The lower your buffer size, the less latency you’ll hear, but the harder your computer will have to work. If your computer has to work too hard, you’ll end up with pops and clicks, or worse. And these noises will be part of the recording, so it’s a bad idea to try to push your computer too far at this stage.

I tend to start with a buffer size of 128 samples. For me, this achieves an acceptable amount of latency, without too much strain on my computer. If you’re a little more sensitive to latency you may like to set a smaller buffer size like 64 or 32, but keep in mind that as your project grows with more tracks and more plugins, the more likely it will be that you’ll start to hear pops and clicks. So software monitoring is usually more practical near the beginning of a project when there are fewer audio tracks and plugins, as opposed to near the end.

Chances are you’ll use both monitoring modes at some point. A piano ballad may benefit from that bit of reverb during recording, but that’s probably not necessary or appropriate for a live stream or podcast making direct monitoring the obvious choice.

I mentioned Vintage Preamp mode in our first video and to reiterate, it adds a warm character to your voice, typical of vintage valve preamp. It’s a pleasing, musical sound that many people are fond of, but it’s still a subjective thing.

And my advice is to try some recordings with Vintage Preamp Mode, and some without it. Neither is going to sound bad because Volt has great preamps, but the more familiar you are with them, the easier it will be to decide when to use each mode.

You may find yourself using Vintage Preamp mode all the time when recording songs, but a podcast or live stream might benefit from a more natural, transparent sound.

Lastly, let’s talk compressors. Chances are if you’ve looked at the Volt interface range, you’ve considered whether or not to spend the extra money on a compressor equipped Volt 76 model. My advice here is probably fairly predictable. If they’re within you’re budget, they’re absolutely worth it.

Two scenarios in which this type of hardware compressor would be extremely advantageous are: Longer form recordings such as podcasts and live streams, and any home recording situation.

Take podcasting for example. If the listener constantly needs to adjust their volume control, it’s not going to be a pleasant listening experience. And you probably want to do as little editing as possible afterwards, or in the case of a live stream, there may be no chance to edit afterwards. In these situations, activating the vocal compressor preset will instantly elevate your recordings by evening out the overall dynamic range so there’s less difference between the loudest parts and the softest parts.

The same applies to music recordings. Activating the vocal compressor mode will deliver a more dynamically stable vocal recording. Your vocals will be more present in the mix, which will improve the recording as a whole.

As I explained in the previous video, the vocal compressor setting has a fast attack time to keep things sounding controlled, but natural, with no abrupt parts jumping out. This is the type of vocal sound that people are used to hearing on recordings so it’s probably the one to use for most vocal recording situations.

The Guitar and Fast compressor modes may have a more jarring and obvious effect on vocals. Listeners will probably think something is slightly off with the vocals, which may be effective from time to time, but probably not for the majority of vocal recordings.

A more experienced engineer may prefer to have more control over a compressor’s parameters, but the 1176 compressor that this compressor is based on only had a handful of parameters, and they were more often than not set a particular way when used on vocals. With Volt 76, you get instant access to those settings, in a hardware compressor made by the same company who make the classic 1176. It’s hard to not be tempted by that proposition, even for an experienced audio engineer. 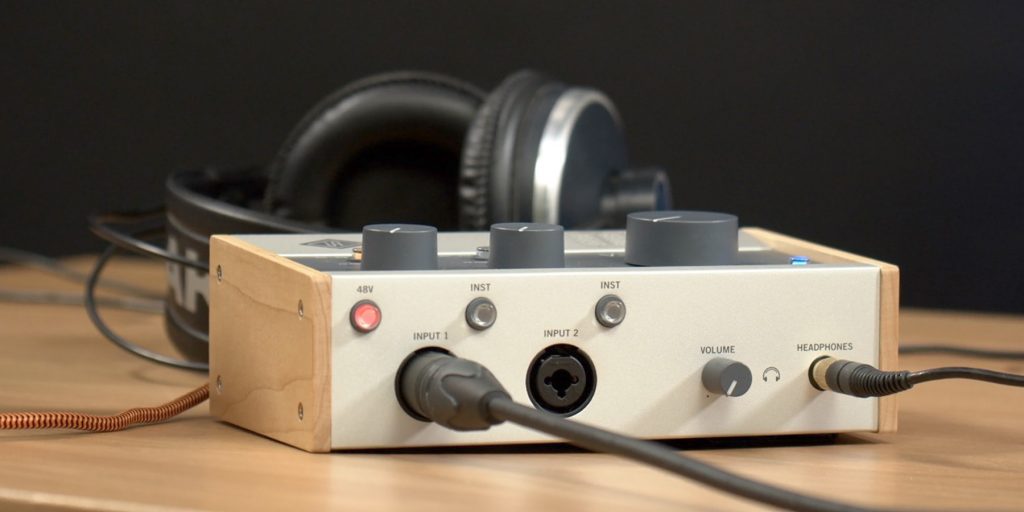