Roland Announce the Verselab MV-1, a Groovebox for Vocalists

Singers and MCs this might just be the product you never knew you needed, or maybe you did?

This follows a string of new grooveboxes from Roland over the past 18 months, but the MV-1 sets itself apart as it tries to capture the imagination of people who want lay down some vocals without having to head to the computer.

On the top panel there’s a familiar 16 step sequencer that doubles as a drum and percussion sequencer, as well as a timeline for the overall song arrangement (verse/chorus/hook etc). The 4×4 velocity sensitive pad layout can be used to play sounds, chords and melodies, plus each pad acts as a slot for different vocal takes.

On the back there’s an XLR input for your microphone, a ¼ inch line input and output, an SD card slot for loading in your own samples, and a USB for ZENBEATS integration with a laptop, tablet or smartphone. 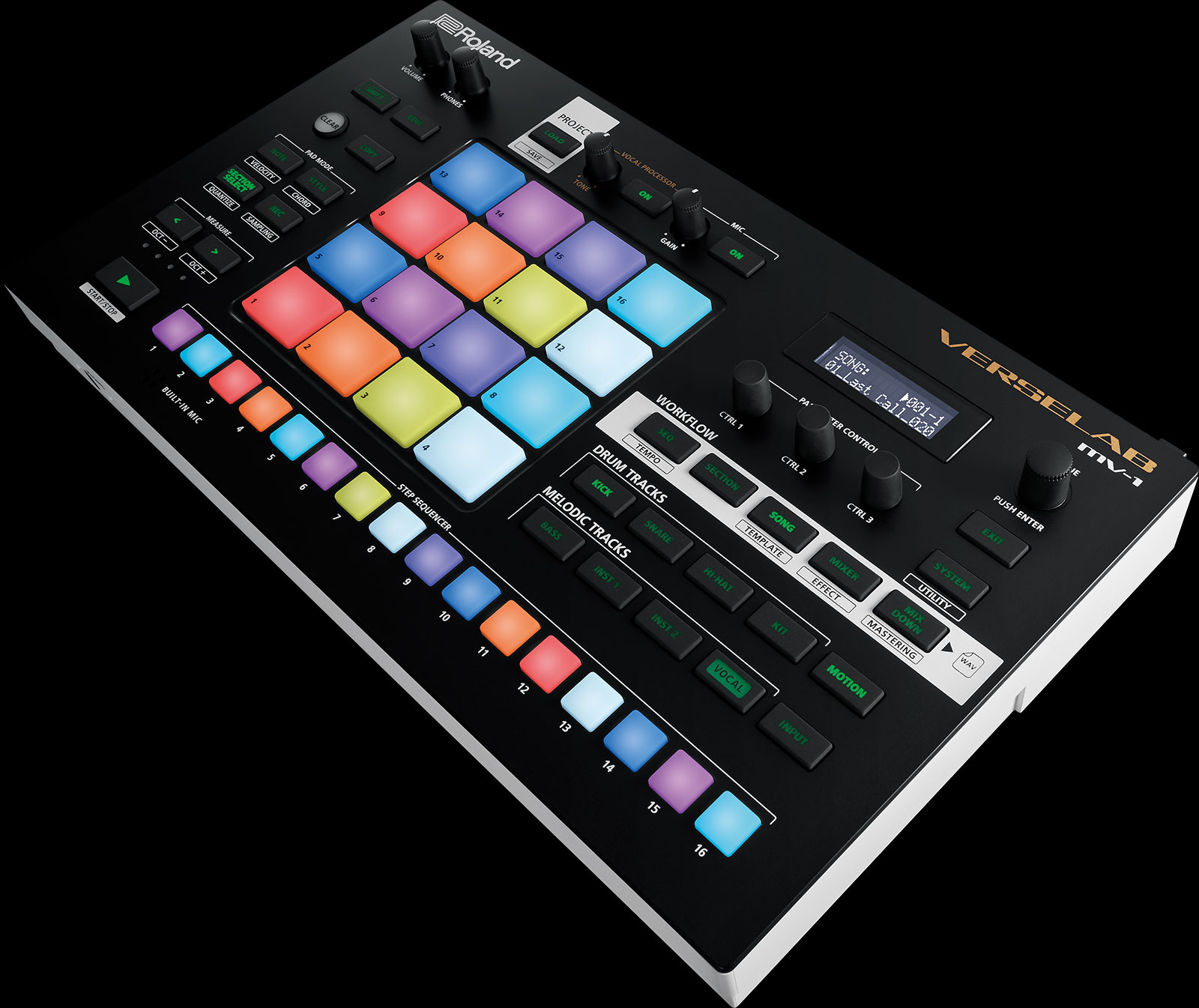 Verselab also come loaded with over 3000 sounds for making beats and musical arrangements, which you can expand on further with the Roland Cloud service. Once you’ve laid down a vocal track, you can give them a shoeshine with effects like Auto-Pitch, Harmonizer, Doubler before adding mastering effects to the whole project.

Get all the info here.