Synths on a Budget: Part 1 – Keyboards 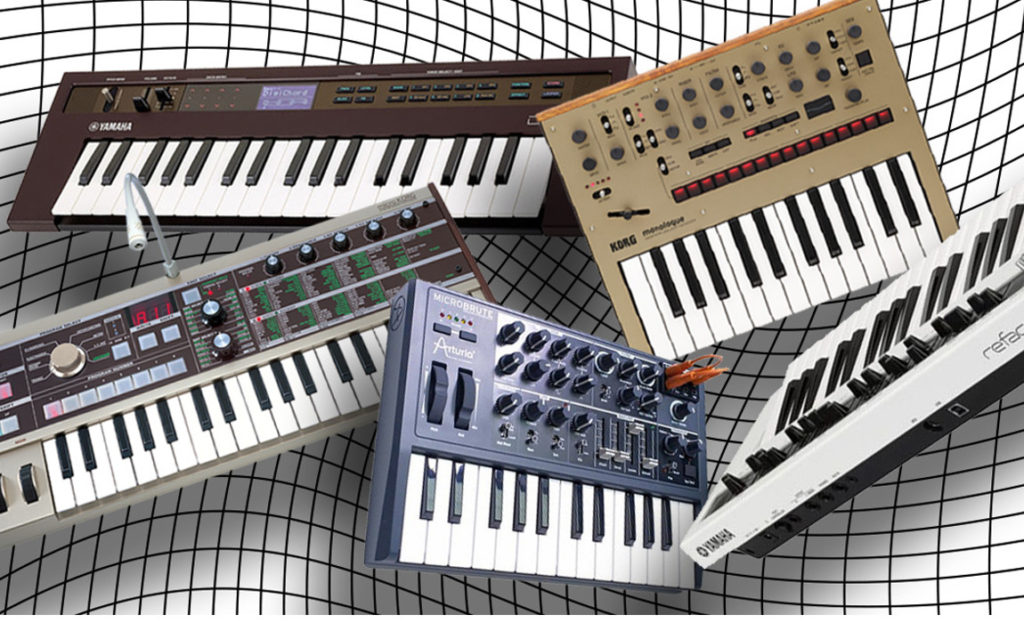 When it comes to synthesisers, our concept of affordability has changed dramatically over the past few years. Arturia broke new ground in 2012 with the original Minibrute, offering a huge sounding analog mono-synth for under $1000 AUD. A few years later Korg exceeded expectations by offering a genuinely great sounding 4-voice polyphonic analog synth called minilogue for cheaper again.

In 2018, the array of hardware synth firepower you can arm yourself with for under $500 is staggering. Check out the list below where we look at some of the better synths out there that won’t cost you sheep stations.

In this 2 part series, we first take a look at keyboards.

These synths all have perfectly playable keyboards attached. No external sequencer or controller required.

On first glance, this may look like a single voice clone of the aforementioned minilogue, but it didn’t take long for people to figure out that this is a whole new beast. The two oscillator subtractive architecture sounds pretty standard on paper, but a new aggressive 2-pole filter, analog overdrive and micro-tuning functionality (a feature suggested by synth-legend Aphex Twin) help to give the monologue a powerful voice of its own.

The row of 16 front panel buttons provide intuitive sequencing, and four lanes of automation are clearly displayed on the miniature yet surprisingly useful OLED display. Korg were even thoughtful enough to start the keyboard on a low E just like a 4-string bass (in standard tuning), making monologue musician friendly enough to fit as easily into a live band context as it would a DJ/Producer rig. And in true Korg form, monologue is available in 5 colours. 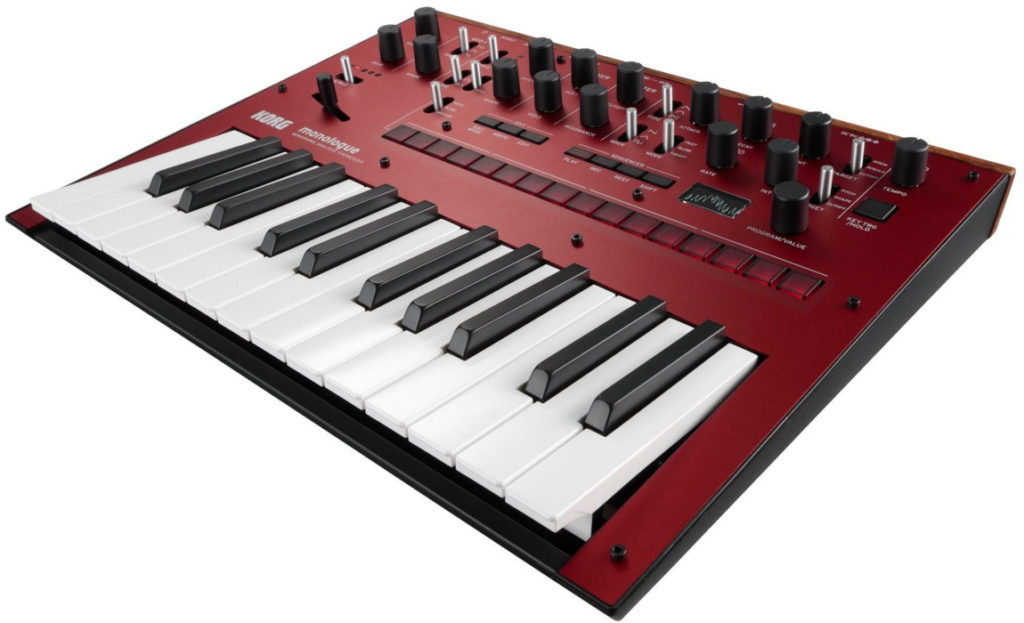 Artruia’s first synth Minibrute was already considered compact and affordable as far as analog synths go, so the decision to go smaller and cheaper again may seem odd at first. Despite its diminutive stature, the MicroBrute sports a brand new 8 x 2 patchbay which opens up a world of modulation possibilities potentially exceeding that of its bigger brother.

The extraordinary Brute Oscillator is the star of the show here, which uses wave mixing to provide an unbelievably wide range of timbres from just one VCO. Although the newly announced MiniBrute 2 and 2S may be stealing some of the attention away, the MicroBrute is definitely worth a look if you’re after an affordable and compact analog synth with plenty of bruteish charm.

Hidden feature: In addition to the unwieldy BruteFactor distortion, each of the oscillator’s waveforms can be individually overdriven by pushing their level control above 50% 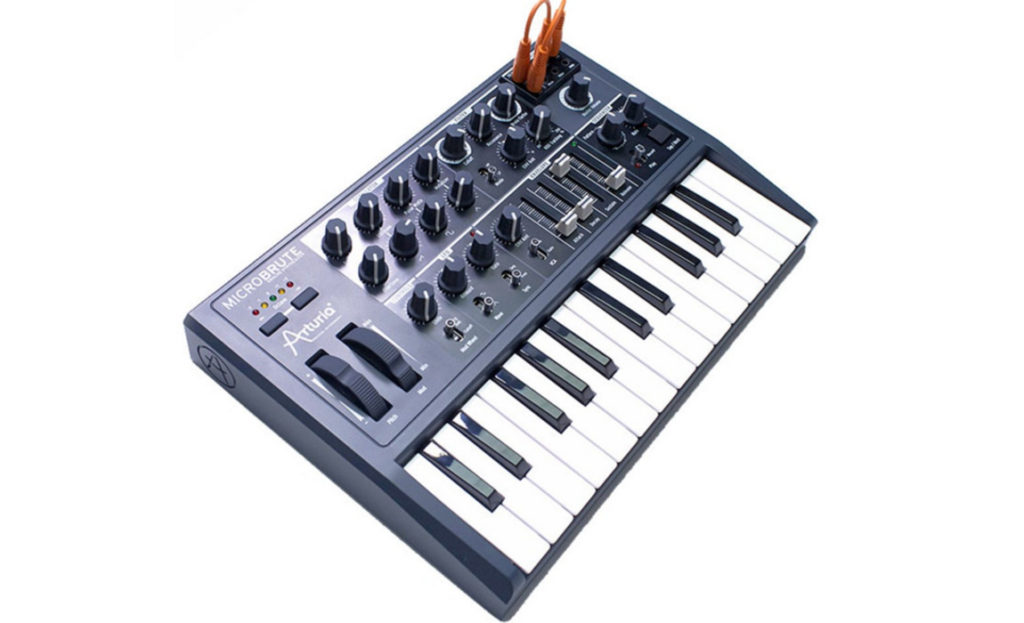 Yamaha’s Reface range of battery powered digital keyboards have recently dropped in price to $499 placing them nicely into our budget synth category. All four models house 37 mini keys and a pair of 2 watt speakers which sound far better than their rating would suggest.

Unlike the Korg and Arturia models listed above, Reface CS is a virtual analog (digital) synth drawing inspiration from Yamaha’s classic CS range of analog synthesisers. The big benefit here to going digital is polyphony, which means that brass stabs and ambient pads are all possible, as well as the usual basses and leads we normally associate with entry level synths.

It’s a great sounding and flexible analog-modelling synth, with plenty of hands on control and well worth a look at this price.

The DX model of course dishes out the FM synthesis sounds made famous by Yamaha’s infamous DX-7, albeit utilising a four operator engine unlike the original’s six. All the classic piano and bell sounds you know and love are here, as well as plenty of aggressive basses and leads, the kind of which we too often forget are so easily achievable using FM synthesis. If you’re suffering from any kind of ENS (eighties nostalgia syndrome), the Reface DX might be just what you need. 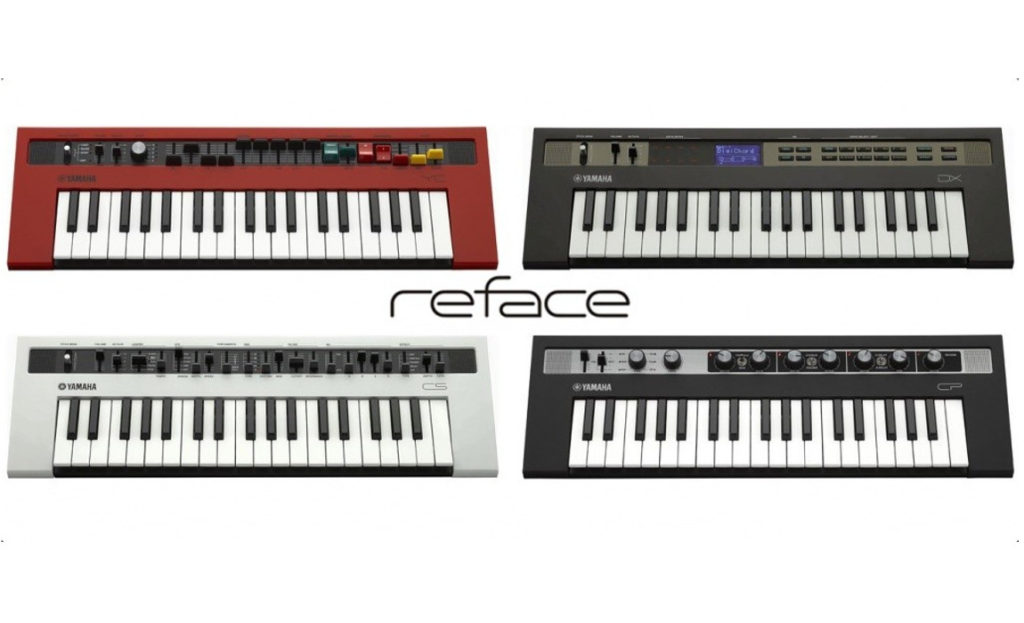 There aren’t many (if any!) keyboards still in production that can be considered classics, but this one certainly qualifies. The microKORG has been satisfying musicians of all kinds for more than 15 years and is still going strong. The front panel layout and leering gooseneck mic are visually iconic and many imitators have appeared (and disappeared) since its introduction.

The virtual analog circuitry inside is derived from Korg’s venerable MS-2000 and still has what it takes sonically to compete with many of its genuine analog contemporaries.  If you prefer to program all your sounds from scratch, it may not provide the knob-laden satisfaction of a real analog synth like the monologue, but if ease of use and versatility are a primary consideration, it’s hard to think of a better choice as first synth.

The four available voices of polyphony are sufficient to cover most synth duties, and presets are easy to navigate via the large program select knob which breaks up sounds into genres. A little presumptively subjective perhaps, but effective nonetheless.

Whether you’re a bass player looking to expand your sonic palette, or an electronic music producer looking for a range of synth sounds, the microKORG deserves a place on your short list. 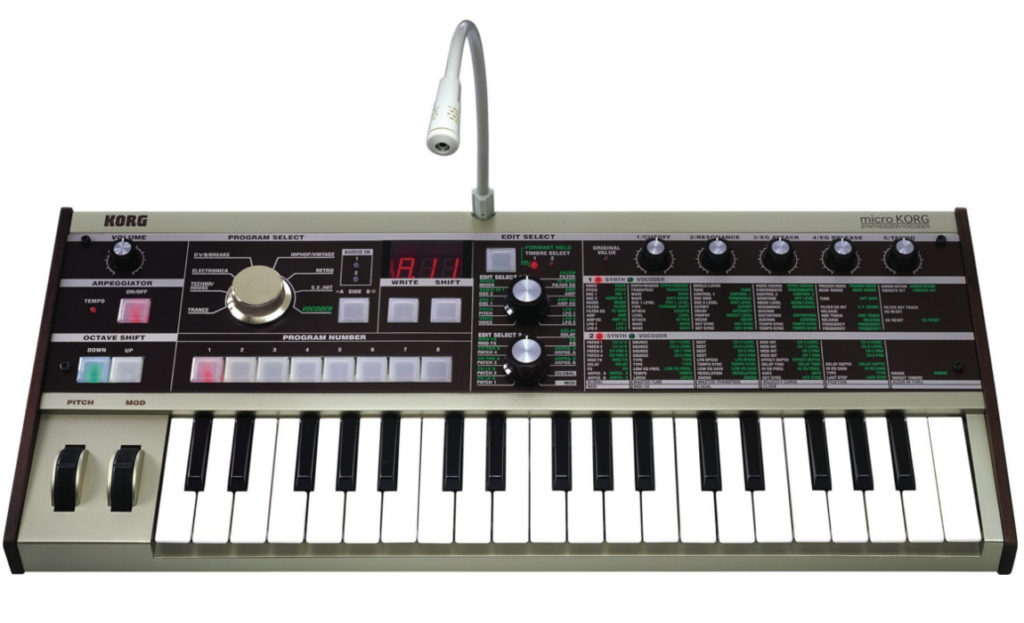 In Part 2 in our series of Synths on a Budget, we will be looking at Modules and Sequencers