Teisco’s new Interface pedal is a fresh idea that could be the solution many are looking for when it comes to integrating their DAW or iOS apps into a live performance rig or creative workflow.

It’s a simple idea — a pedal that when engaged, sends audio through whatever is connected via it’s USB-C port, and then out the other side of the pedal again. Genius. There’s an enormous amount of applications for this, from simply recording your guitar into your recording software on your computer, to harnessing the plethora of iOS audio effects apps around on iPhone or iPad as a part of your signal chain. If you intend to take this idea on stage, you’d need to figure out what to do with your device while it’s connected to the interface pedal via USB, but that’s all easily addressed. For example, you could have an iPad on a stand, and switch what effect bank on it you want to run between songs (or mid song if you’re brave). 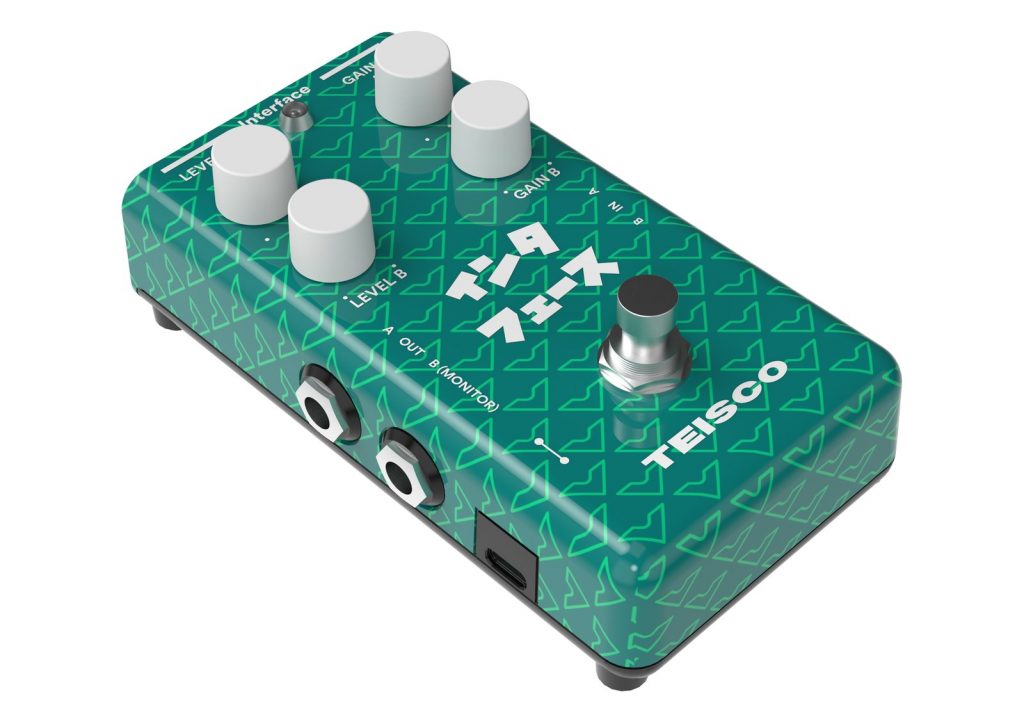 To make things more impressive, Teisco have gone and made this stereo, with 2 mono inputs and 2 x stereo TRS outputs, meaning you can use the outputs as a headphone output if you wish. Teisco are primarily a guitar gear brand, but the stereo input could open this unit up to synth and live electronic musicians too, supposing those inputs can handle line-level instruments – no info has been made available in that regard.

One surprising shortcoming, is that the AD/DA conversion is only rated to 16-bit 41kHz audio (CD quality), which is a lower spec than usual in 2020 with most at least offering 24-bit 48kHz audio. But that’s certainly not going to bother everyone.