The Innovators: 10 Music Gadgets That Don’t Follow The Herd 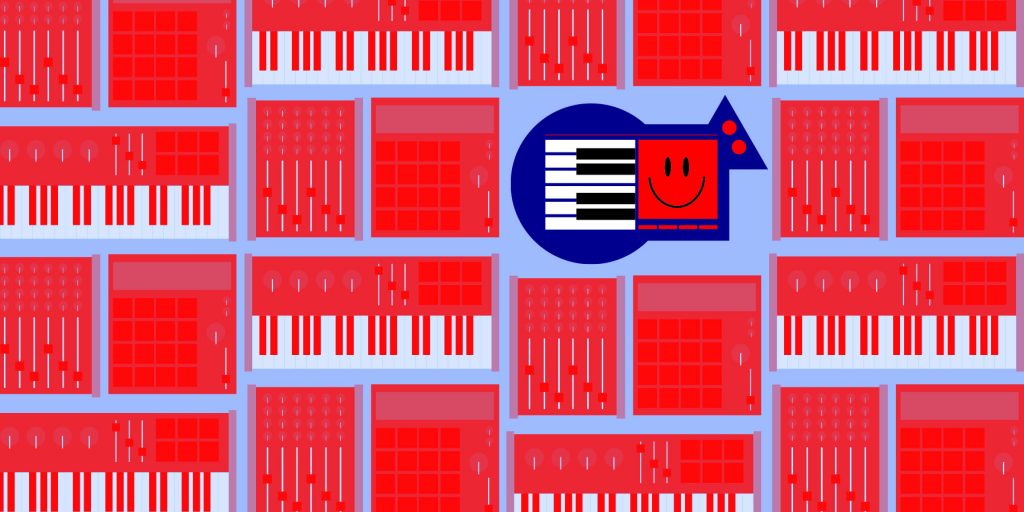 Classic sounds, workflows and techniques are cool and all, but every now and then, it’s fun to be challenged with something new. We put our heads together at Noisegate HQ and decided on ten devices currently on the market that we believe capture something unique — something no other manufacturer has managed to touch (yet). 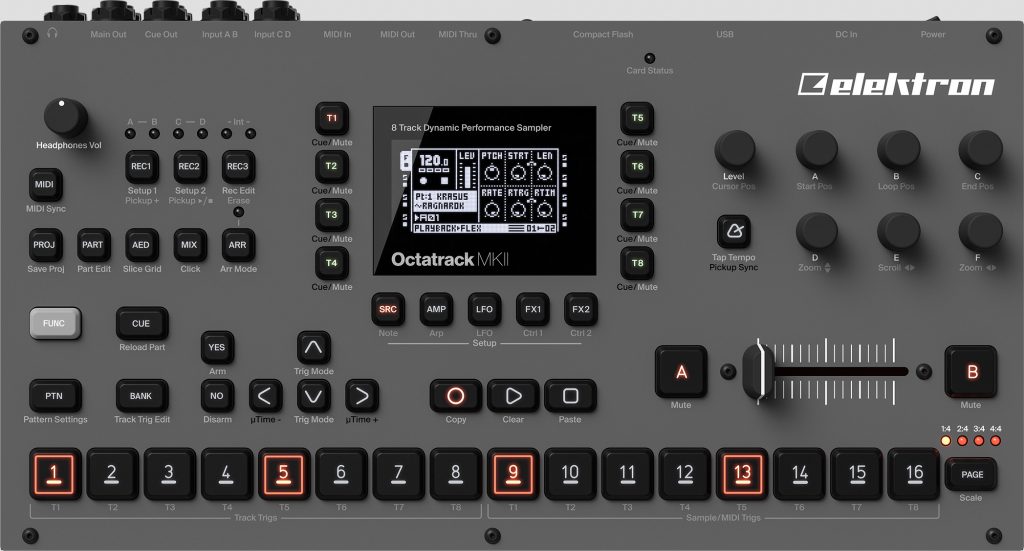 Elektron introduced the Octatrack DPS-1 (Dynamic Performance Sampler) in 2011, a desktop box of knobs and buttons that’s difficult to summarise as it can be used in a variety of ways. It can be used as a standard sampler groovebox and sequencer. It can be used as a live mixer. It can be used as a creative real-time or sequenced external audio manipulator — or all of the above. The updated MKII version was released in 2017 with some modernised features, but the core concept and layout is relatively untouched. It’s a divisive machine, some user finds its flexibility and complexity daunting — others thrive on the possibilities. Regardless, no other manufacturer has made anything remotely like it. 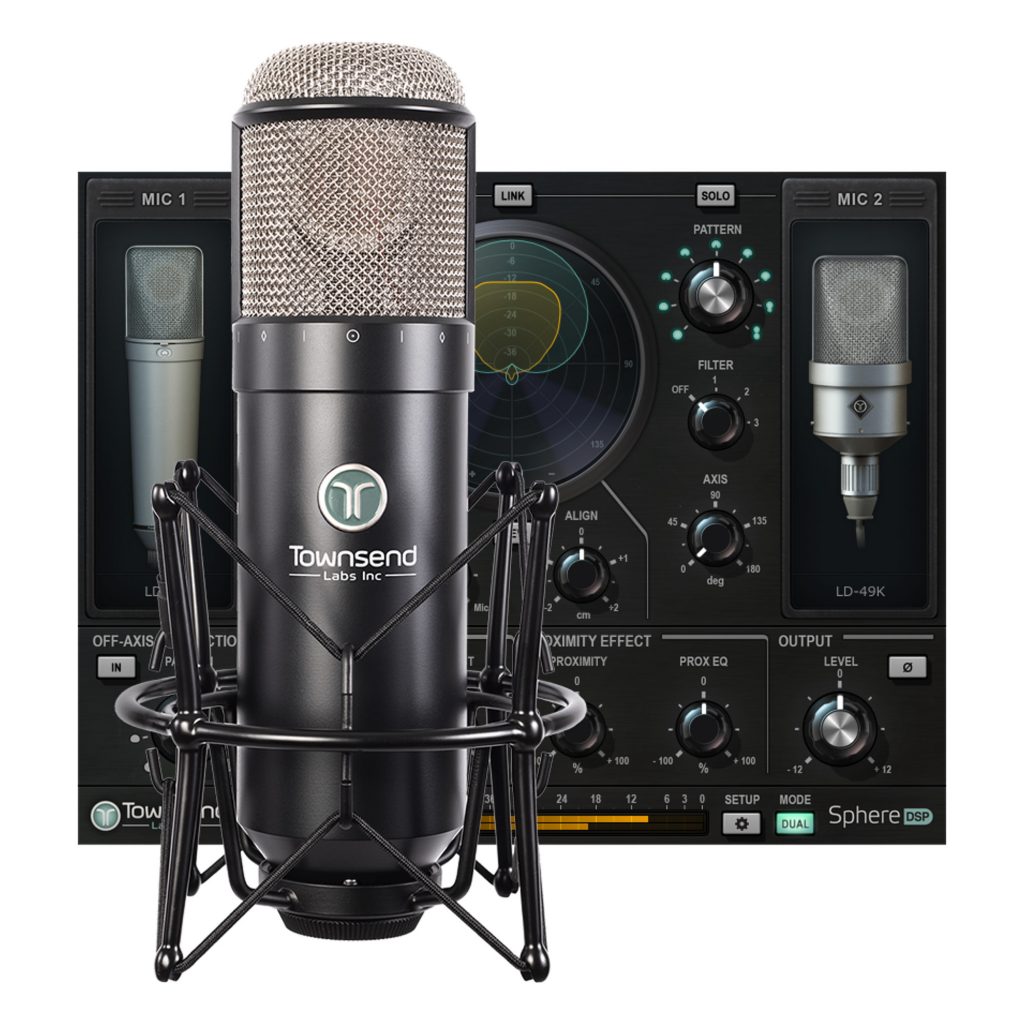 In 2016 using modelling techniques to mimic esoteric and expensive microphones was nothing unusual, but Townsend Labs’ approach was an entirely new hardware-centric idea. Sphere is a microphone and software package that features a unique high-precision condenser mic with dual outputs, making it possible for the software to map the soundfield — including directional and distance information — to a degree that’s just not possible with an ordinary mic. With all that information, the software can then mimic how classic microphones behave in those spaces, with customisation options not possible on the originals. Being a dual output microphone, it can also be used to record in stereo. Not only that, you can have different microphone models applied to the left and right channels. Plus, since the software is used as a plugin, it’s not destructive to your recordings — experiment with different mic settings at any time. It’s compatible with the UAD platform too, so if you have a Universal Audio interface or DSP processor, you can offload the processing load to avoid overworking your PC.

Korg’s range of Kaoss pads have been through a number of iterations since the original’s release in 1999, and 20 years on, the newest version is still a totally unique product in the electronic/DJ effects space. At its core, the KP3+ is a touch-pad operated stereo multi-effects processor, looper, sample player and MIDI controller. It features stereo RCA inputs/outputs, as well as a microphone input for vocal (or anything really) manipulation. The effects themselves are not just your run-of-the-mill delays and reverbs, there’s some creative grain delays, glitchy loopers, touch controlled synths — 150 fx programs in total — which can all be automated with the Pad Motion record function. Add 4 tracks of looping/sample playback and MIDI connectivity (because why not?) and you’ve got a wonderfully creative box of fun with endless possibilities. It’s been a while since Korg have done anything with the Kaoss line, fingers crossed they’re not abandoning the concept.

This amazing little thing has been around since the ‘70s and remains a totally unique concept. It’s held over the string of a guitar to slowly and precisely cause string vibrations, resulting in a slow volume build and sustained note, reminiscent of a bowed instrument. The modern EBow also features a Harmonic mode that plays a higher harmonic of the held note – switching between modes while playing results in some interesting feedback-style variations. Even if you haven’t heard of the EBow, you’ve likely heard it being used in many many classic tracks, like Radiohead’s Talk Show Host. Long live the EBow.

Back to the present, this year’s Superbooth trade show saw boutique synth builder Vlad Kreimer steal the show with his utterly bizarre percussion synthesiser, the Pulsar 23. Looking like a panel taken straight from a soviet-era nuclear control room, the Pulsar 23 is a 4-voice analogue semi modular synthesiser with 4 non-quantised loopers rather than a traditional sequencer. You can patch voices together with crocodile clip cables — or, you can use your body to conduct voltages by touching various patch points. That’s right, you can literally sculpt rhythms using your meat-bag body as an electricity conductor. COOL.

The OX is an interesting concept that takes the idea of an amplifier load box to new and unexplored heights, enabling a guitarist to run their amplifier output straight into the OX, which then digitally models a speaker cabinet, room and microphone sound with Universal Audio’s on-board DSP. The output from there can of course be used however the player wishes. There’s a variety of uses for this. The most obvious being that you can crank your JCM800 at 1am on a school night and just run the amp head into the OX and headphones, playing through whatever digitally-modelled cab and mic combo takes your fancy. The modelling is adjusted via an app or PC control, but the OX does not need PC or App connectivity to function, it’s a standalone unit. Did UA just make speaker cabinets obsolete?

Drum machines tend to follow a couple of different formulas involving either drum synthesis or samples. Lately, there’s been a resurgence in analogue (or analogue-style) drum synthesisers, which Korg indulged in with the Volca Beats. The Drum however, shrugs off that trend completely and provides a six voice digital synthesis engine with a unique resonator effect — more reminiscent of additive synthesis or Karplus strong. Combined with its motion-recording functionality (or automation as it’s called in DAWs), the power and sonic possibilities are enormous and totally unique to the Volca Drum. Packing that power into Korg’s small and affordable Volca form-factor makes it even crazier. We’d love to see Korg expand on this concept with a bigger, more fully featured unit.

The hint’s in the name of this one, the MicroFreak is a box of oddities. Most obvious is the weird-looking keybed. It has no moving parts, but actually features polyphonic aftertouch. It can also send aftertouch signals out via the Pressure CV output, so if you want to use it as an expressive keyboard controller for your Eurorack modular system, you can. Next up is the synthesis engine,which utlizes a digital oscillator with 12 different modes and a SEM inspired 12db/oct analogue multi-mode filter. The digital oscillators utilize and build on open source code released by revered modular company Mutable Instruments and include physical modelling, Karplus Strong, wavetables, vocal formants and plenty more weirdness. Then there’s the sequencer with its Spice and Dice gate randomizers, and that touch strip. Oh, and it’s paraphonic. Wild. 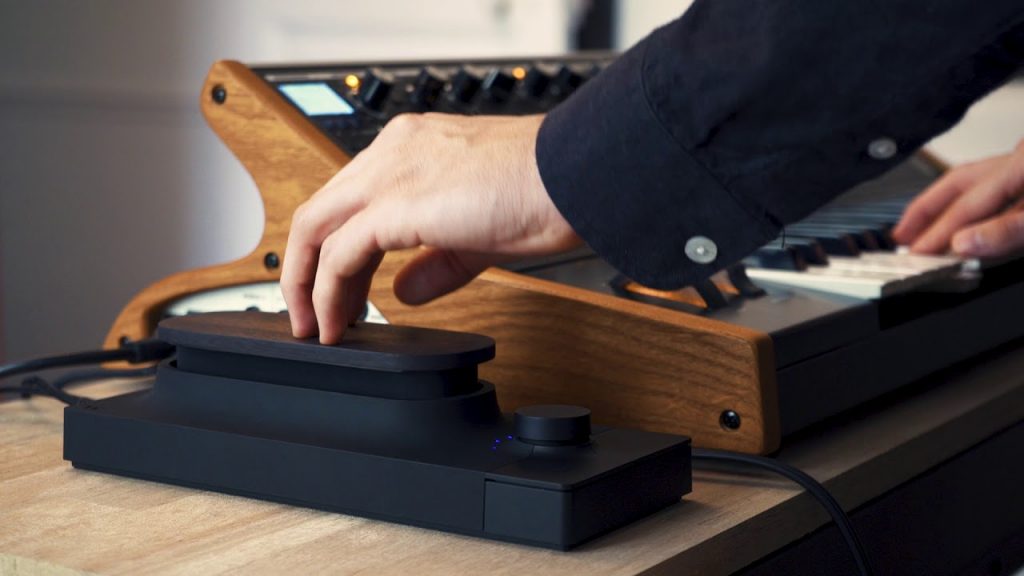 The lovely looking Touché is basically just a squishy thing that you touch in a musically expressive manner to control parameters of your choosing — depending on which way and how hard you push it. It’s a ridiculously simple concept that Expressive E have executed with a thoroughness and quality rarely seen. It features dedicated MIDI I/O, 4 x CV outputs and USB connectivity, and can be used standalone (not connected to a computer). Plus, just look at this thing. It’s gorgeous.

Possibly the most forward thinking (and geekiest)  product on this list, Norns is an open-source ‘sound computer’ developed by Monome and a long list of contributors. Basically, this device has no set function. It’s a little box containing a Linux powered computer, 4 USB ports, 4 ¼” jacks, wifi connectivity and 3 buttons and encoders. The idea is clever people develop creative programs and share them, exploring the musical possibilities of this little box of processing power. Since it’s release in 2018, there’s been loopers, synthesizers, samplers, weird multi-track granulators — all manner of creative and bizarre programs. Will customisable devices like this become the norn (sorry) over the next 10 years? Open source platforms are certainly becoming more common, time will tell!