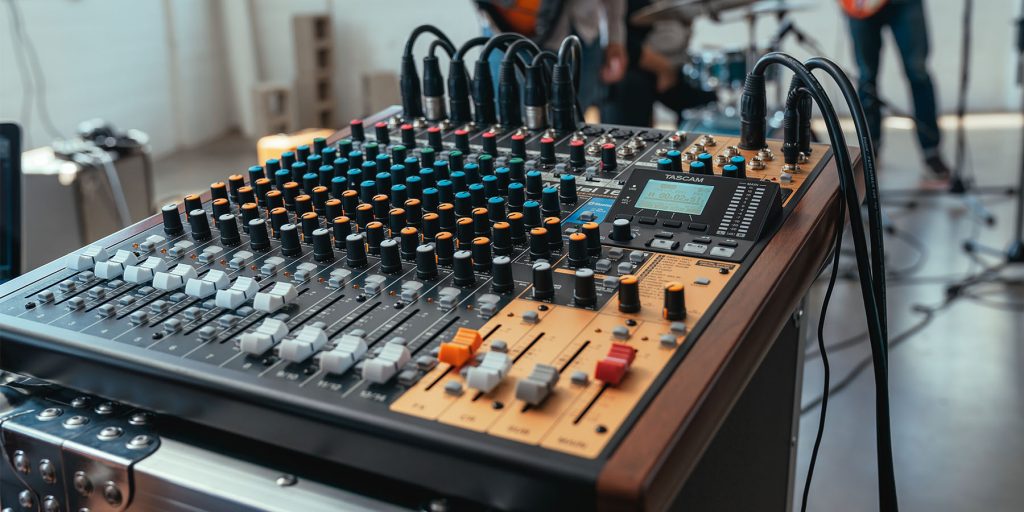 We voiced our joy and surprise when Tascam first launched the excellent Model 24 multi-track live recording console back in October 2018. We were just as happy when Tascam announced a smaller sibling, the Model 16 in September this year. With all of the fun of the Model 24 and fewer inputs, the 16 happily fits in a standard 19” rack.

All the same features of the 24 are here in a more compact package; the 16 gives you 11 channel faders, plus four masters. There are 10 mic pre XLR inputs right on the top where you can see them, one-knob compression on eight channels, three-band EQ, and three aux busses. Your outputs are also easily accessible from the top of the surface, you’ve got a three-band EQ you can use on the master or monitor busses, and of course, there’s the built-in recording to SD card, and 16 channel USB interface.

But why, in this age of unlimited track recording and processing via DAW, would you take the step of limiting yourself to 16 tracks and tying yourself down to fixed hardware? There are many, many excellent reasons. 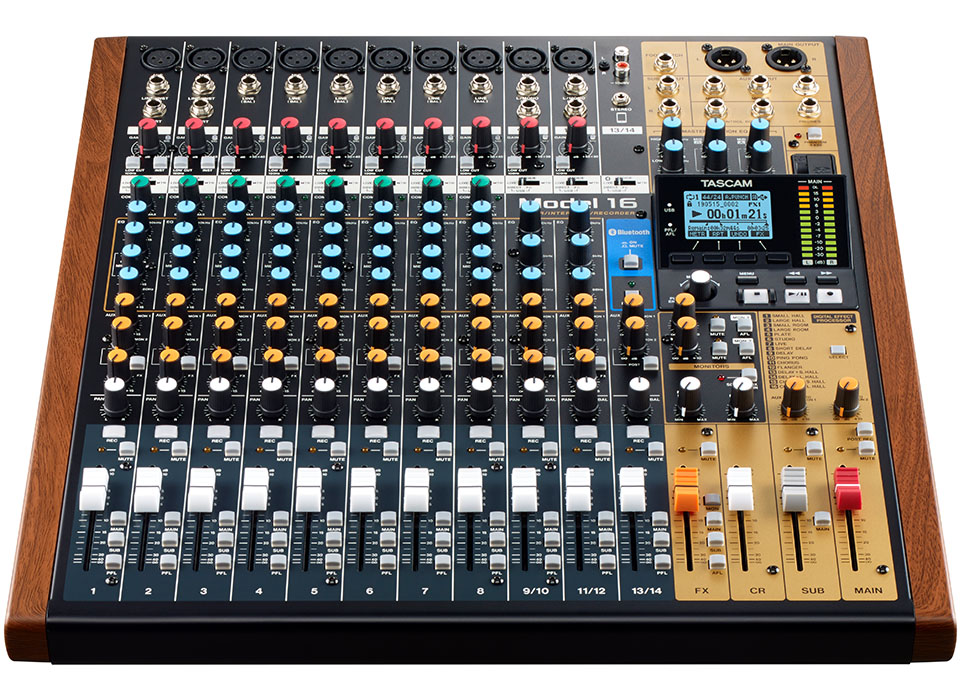 Get Out Of The Box

Using a tool like the Model 16 encourages musicians to play together in the same space, at the same time, and be captured in the moment. It encourages interplay, chemistry, and happy accidents. It enables the recording engineer to capture a sense of space and time, which will make any recording unique by design.

A Decision Deferred is a Decision Made

When you record through hardware like the Model 16, you have to commit to some sonic decisions. It’s not just the preamp gain, there’s a level of compression and EQ too. Decisions made on those controls will also go out to the musician’s monitoring, and on some level affect their performance.

Recording to DAWs encourages a ‘we’ll fix it in the mix’ mentality where fundamental sonic choices like compression can be deferred and tweaked indefinitely, constantly putting off decisions that need to made to finish the work. Processing choices made later and radically altering sounds are also removed in time and space from the original recording, and can’t by definition have affected or influenced the other musicians during the recording process.

No Distractions, No Updates, No Internet

It’s hard enough getting people together at the same time in the same place and making them concentrate; why would you want to make that any harder? No-one is going to try and check their email or look at their Bandcamp page on your Model 16. You also don’t have to deal with Windows Updates, iOS plug-in incompatibles, or anti-virus software impeding your Model 16’s performance.

A sound engineer’s job when recording musicians is very much a mental game, especially when they are effectively also the producer. Keep them focussed, keep them happy and confident, and sometimes just keep them in the building.

A Model 16 is very obviously a mixing desk and uses the retro aesthetics of the era of analogue recording. The Model 16’s presence alone carries a certain ‘seriousness’ that every musician will understand, if not consciously. It will make them very aware of the fact they are ‘recording’, and what they play is being committed to ‘tape’ flaws and all, without the safety net of infinite, undo and adjustment that computers represent. Their performance will improve accordingly. You just won’t get that from a MacBook and an interface.

Mixing With Your Ears, Not Your Eyes

For engineers, the Model 16 offers an old-school, tactile workflow that very much depends on the ears and not the eye-candy of beautifully styled plug-in GUIs. How long is it since you’ve just had a few pots and faders under your hands and not a mouse? Moving a fader dynamically and moving a mouse are two very different physical actions, which by extension have two completely different sonic outcomes.

The tactile is also fast; you can respond to musicians’ performances or requests instantly, without going through menus or opening windows. It encourages the engineer to be an active part of the recording, teasing out what’s great in the music without having to stop the flow of creativity and hoping it will start again. Sometimes, there are no second takes!