The Return of Vector Synthesis

With the incoming Korg Wavestate re-introducing the term vector synthesis into the modern synth-nerd’s vernacular, it’s high time we explore just what the heck that means, and what it enables us to do.

Vector synthesis was originally conceptualised and explored by Sequential Circuits on their monstrous 1986 Prophet VS synthesiser (one of the original VS designers, Chris Meyer, has a fantastic article online here, detailing how it came about), but it was Korg and Yamaha who brought the idea to the masses with their Wavestation and SY Series respectively in the early ‘90s. 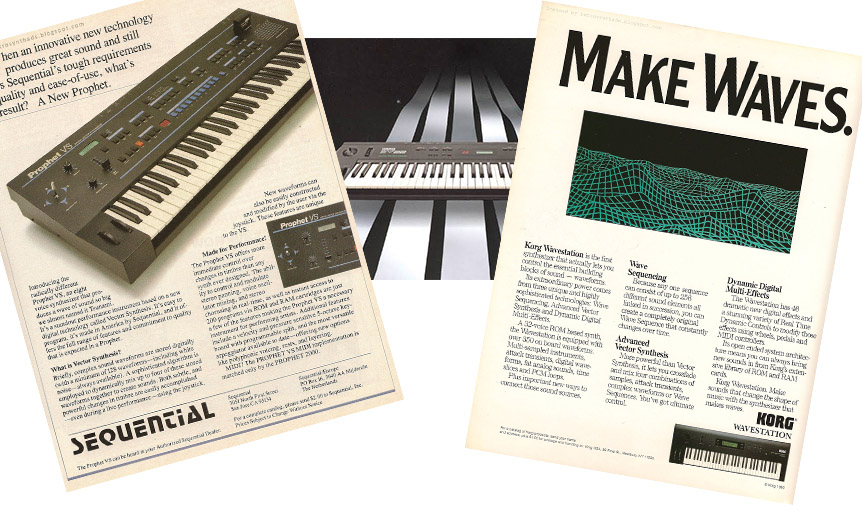 The vector aspect is in reference to those synths’ abilities to crossfade and morph between timbres, a pretty far-out sound design technique for the time. More specifically, vector synthesis involves moving a point between parameters assigned to specific coordinates on a 2D plane, creating an output that crossfades between those parameters as the point’s proximity to them changes. Put simply, if you have 4 different sounds laid out on each corner of an X/Y grid, the user can crossfade between these sounds by moving the point, with directly in the centre being an equal amount of all 4 sounds. The clever way that Sequential Circuits came up with to control that point, in a fun and hands-on manner, was with a little joystick. 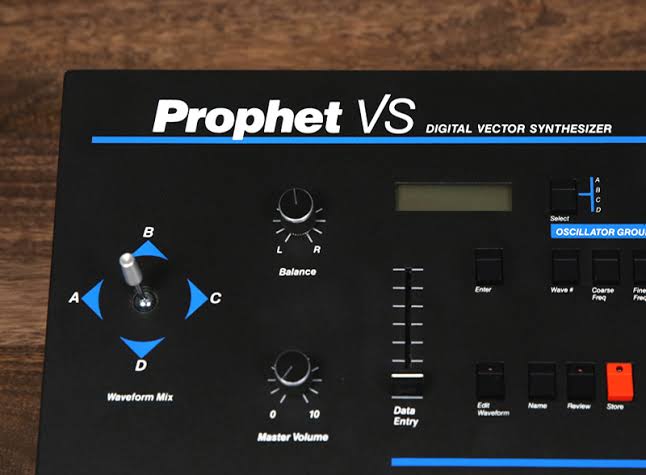 Although the joystick has become an iconic feature of vector synths, it’s just one method of control. We can also automate that joystick movement with complex envelopes. On a standard subtractive synth, you might automate a filter opening and closing with an ADSR (attack, decay, sustain, release) envelope. With a vector synth, we likely want more control that an envelope simply going up and down.

The new Korg Wavestate approaches controlling the vector with a clever 5-point envelope system to navigate between its 4 available sound sources. The first point dictates where on the plane the envelope starts from upon a key being pressed. If it is set to A: 25, B: 25, C: 25, D: 25 – then it begins in the centre of the square (as pictured below), hearing equally from all four of its sound sources. If it’s set to A: 100, B:0, C: 0, D: 0 then you’ll only be able to hear sound A at first. You can then define 3 more points it will travel to, and where it will travel upon key-release. You can then dictate how long it will take to travel between points. Pretty cool!

But controlling the volume of 4 sound sources is just one application of this morphing idea. Instead you could assign each point to dynamics, fx, filters — just about anything! Not to mention this is only one aspect of Wavestate’s immense capabilities, all four sound sources in it’s sound engine already have the power to sequence between wave shapes and samples before you even introduce any vector-based techniques. 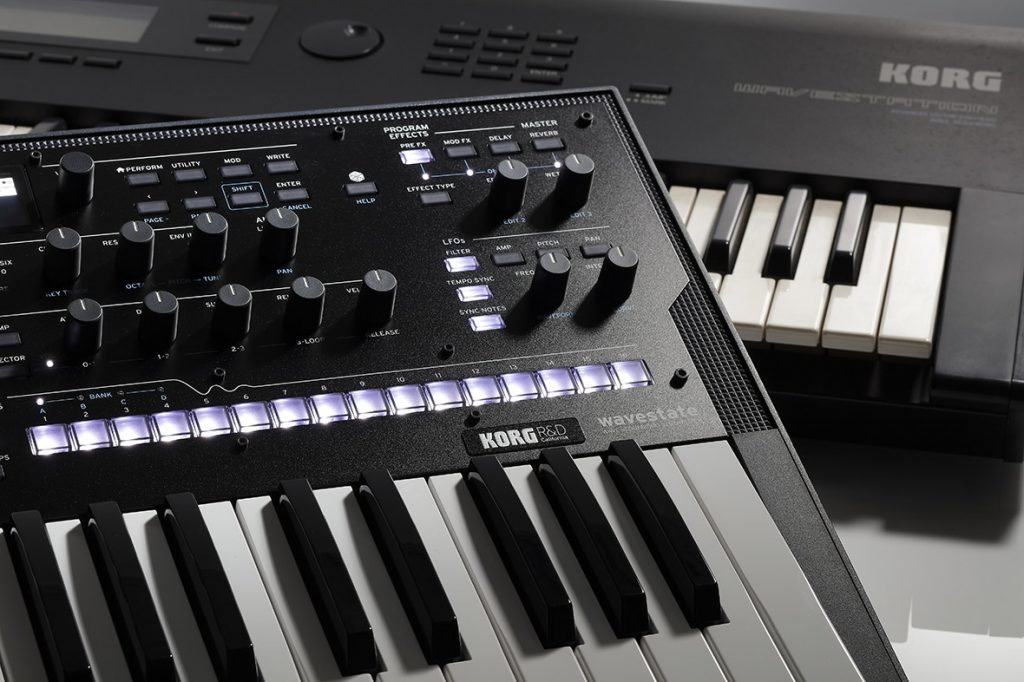 This is all getting pretty outrageous huh? Do not fear, we have our clammy hands on a pre-release Wavestate and we’ll be doing a series of tutorials to help you get started with this unique and powerful machine. Stay tuned.