Let’s get straight to the point, we’re going to talk about guitar pickups, the variations in pickups, why you would use different types of pickups and guitars for distinctive tones. We do have our favourites but there have definitely been occasions where we have used different guitars and pickups for a variety of reasons.

The standard Fender Stratocaster generally have single-coil pickups, but sometimes you’ll see a Strat with 2 x single coils, one in the neck position and one in the middle with a humbucker type pick up in the bridge position. 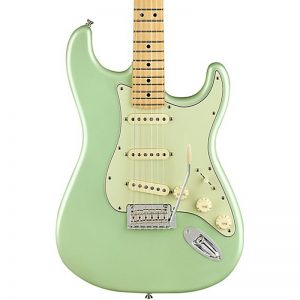 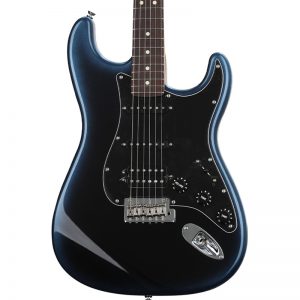 Strat with a Humbucker in the Bridge Position

Single coils have one magnetic transducer wound with copper wire that electromagnetically converts the vibration of the strings to an electric signal, hence the name ‘single coil’. This translates to a clear, bright. crisp tone and are very responsive to the nuances of the guitar players style however in isolation they tend to be a bit noisy and are susceptible to generating electromagnetic hum.  A great example of a single-coil pickup’s tone is the Pink Floyd track Shine On You Crazy Diamond when guitarist David Gilmour makes his entrance around the two-three minute mark with a bluesy, clean tone.

Humbuckers differ from the single-coil pickup as they use two coils that are laid side by side and are wired in opposite polarity which in turn cancels out any hum noise caused by electromagnetic interference. Generally, these types of pickups produce a louder, stronger fatter signal with a little bit more sustain. Typically you’ll hear these pickups sound warmer and darker but a little less responsive to the higher frequencies that you would hear with single-coil pickups and less definition between strings, however, they are very versatile regardless of what style of music you’re playing. 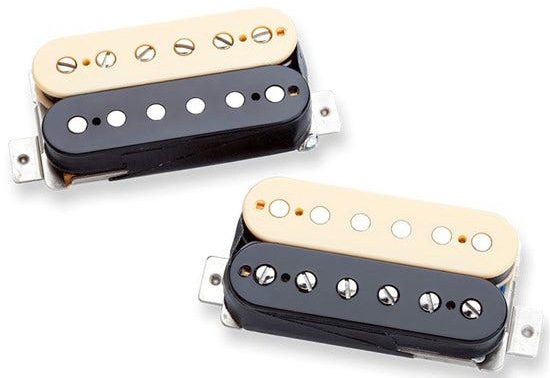 There is also an option with humbuckers to apply a switch to split them into single coils giving you even more sound and tone scopes to play with. When you listen to the likes of Slash, Angus Young with Gibson guitars and James Hetfield and Kirk Hammett on ESP Guitars, these are the type of pickups that are loud, proud and have a big sound.

The difference between single-coils and humbuckers and how they compare in tone:

The P-90 is somewhat of a tonal bridge between single-coil and humbuckers, sitting in-between. In the late 1940s, Gibson replaced their standard pickups with P-90’s and they were actually the first pickup installed in the first Les Paul guitars in the early ’50s. The cool thing about P-90’s is that they’re a little bit of both: a little humbucker and single-coil with a vintage low output but with more of that mid-range growl and twangy highs of a single coil that you wouldn’t normally associate with a humbucker. 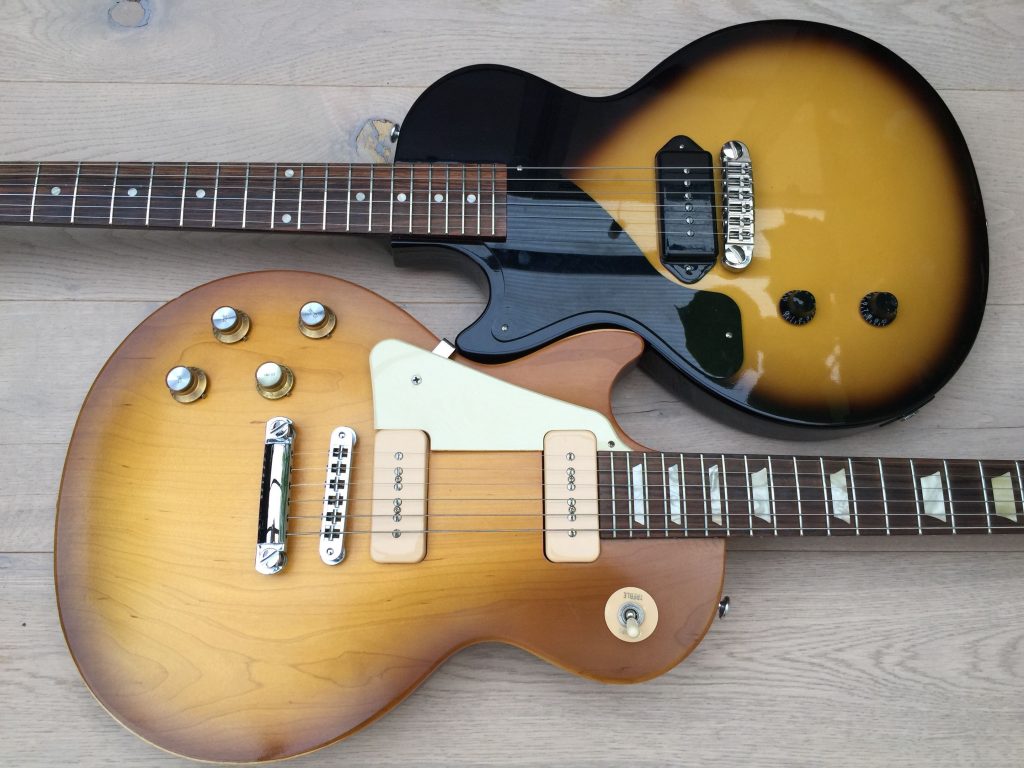 The P-90’s came into their own in the punk movement, so if you want a little more body than a single-coil and you are missing that high-end bite of a humbucker then you probably want some P-90s. They have a great way of cutting through where the humbuckers cannot. A great example of this is with Green Day and their frontman guitarist Billie Joe Armstrong on their track American Idiot using a Gibson Les Paul Jr. They definitely have more bite, although they are pretty loud and you will experience a bit of buzzing noise especially in environments where the power source is not too reliable.

Sometimes you can find a guitar that has a couple of different pickups in it, like the Stratocaster with a humbucker in the bridge position, as mention earlier. Remember once you get a guitar you can do whatever you want with it, you can have one of each pickup mixed in any combination and there are a lot of different kinds of single-coil types from many manufacturers like Seymour Duncan and DiMarzio.

In an effort to keep things simple we have focused on the three traditional passive pickup types; single-coils, humbuckers and P-90’s. There are many different types we haven’t mentioned yet, including noiseless single-coils and humbuckers which come in stacked coil and rail. Then there are active pick-ups such as the EMG’s where they need a power source like a battery for added boost or tone control.

All these pickups also sound different depending on where they are positioned on the body, either the neck position (closest to the neck of the guitar), the middle position or the bridge position. Yes, there are a plethora of options available, do your research and assess what you feel is right for you. Some helpful questions you could ask yourself — what pickups and combinations do your favourite guitarists use? What type of guitar sound appeals to you? The fun part is discovering your own sound through trying different pickups and combinations. Ultimately the choice is highly personal and there is no right or wrong!