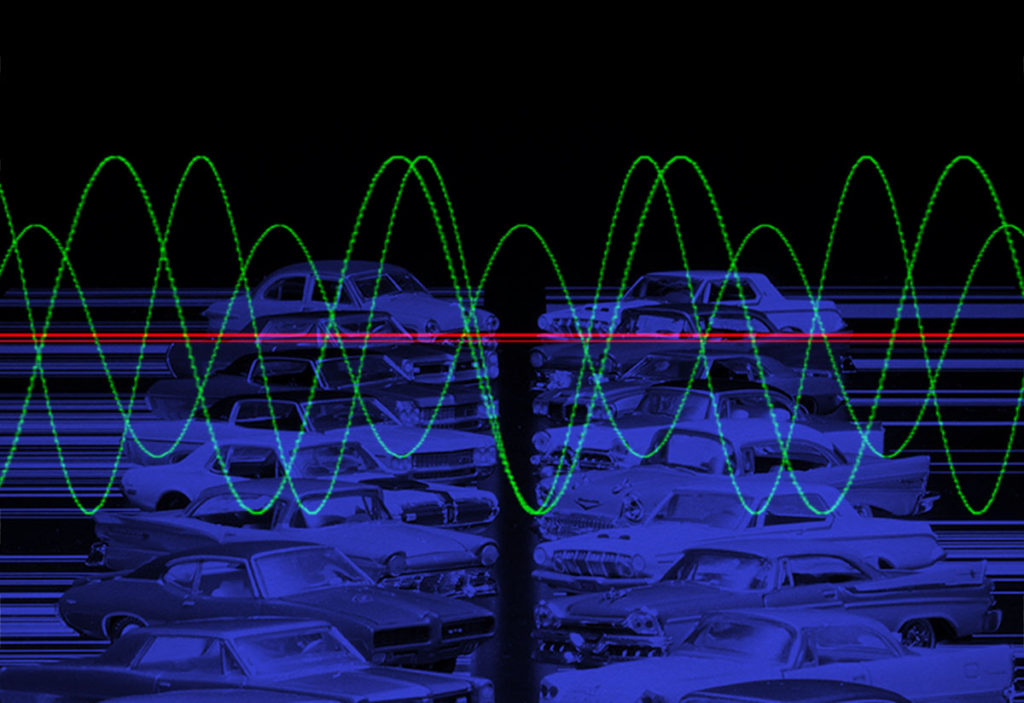 Have you ever wanted to round up 100 cars with huge sound systems, drop them in a Los Angeles carpark and get them all to play a sine wave in A? Or more precisely, a variety of frequencies that have some point in history been called A – since that defintion has slightly varied over the centuries. I’m guessing probably not, but I bet it’s got you curious.

]Ikeda’s long-running series investigates the frequencies of the note A. Before the world settled on the general tuning standard of A=440Hz, there were historically many different standards. A [for 100 cars] was performed by emitting sine waves at all these diverse (yet specific) frequencies creating an immersive soundscape.

Each car owner was given a custom-made sine-wave synthesiser and assigned one of 100 As from throughout history. A guy in a lowrider could be playing 430 hertz from the 1810 tuning fork of composer Henry Lamoine in Paris while the AMG Mercedes in the next row was playing 419.6 hertz from the organ of the Cathedral of Seville, Spain.

As part of Red Bull Music Academy Festival Los Angeles, Korg’s Tatsuya Takahashi (responsible for the Volca series, Minilogue and Monologue) worked with Ikeda to create a custom synthesiser especially for this performance – coming together to create the world’s largest synth orchestra.

The New York Times covered the event too;

“you could close your eyes and feel how the music pushed against the ears, the head, the skin, throbbing and droning and crashing.”

Have a read here.