1010music announced what looks to be a very interesting compact mixing and recording solution over weekend, the new Bluebox is a 12 track (or 6 stereo track) and 6 output digital mixer with a ton of flexibility, all in a 14cm x 13cm package with a touch screen – the same footprint and layout as their Blackbox sampler.

The Bluebox is more than just a standard mixer though, it packs in MIDI functions, recording to microSD card (stems or final mix), 4 band EQ per track, master track compressor, reverb and delay effects, wav file playback for backing tracks and a heap of other wonderful tricks. Most notable to some is the multiple outputs providing scope for stereo FX sends. Stereo FX sends has been a sore point for electronic musicians for many years and for whatever reason manufacturers just don’t seem to want to act upon the constant cries for stereo FX sends in mixers. To get around this, users are forced to setup their own routings with tracks grouped to bus outputs, routing the signals back to the input tracks after the effects. This is obviously only really an option on big desks with enough inputs and outputs to cater for it. 1010music are providing this flexibility in a 14cm x 13cm package, which is, frankly, astonishing. 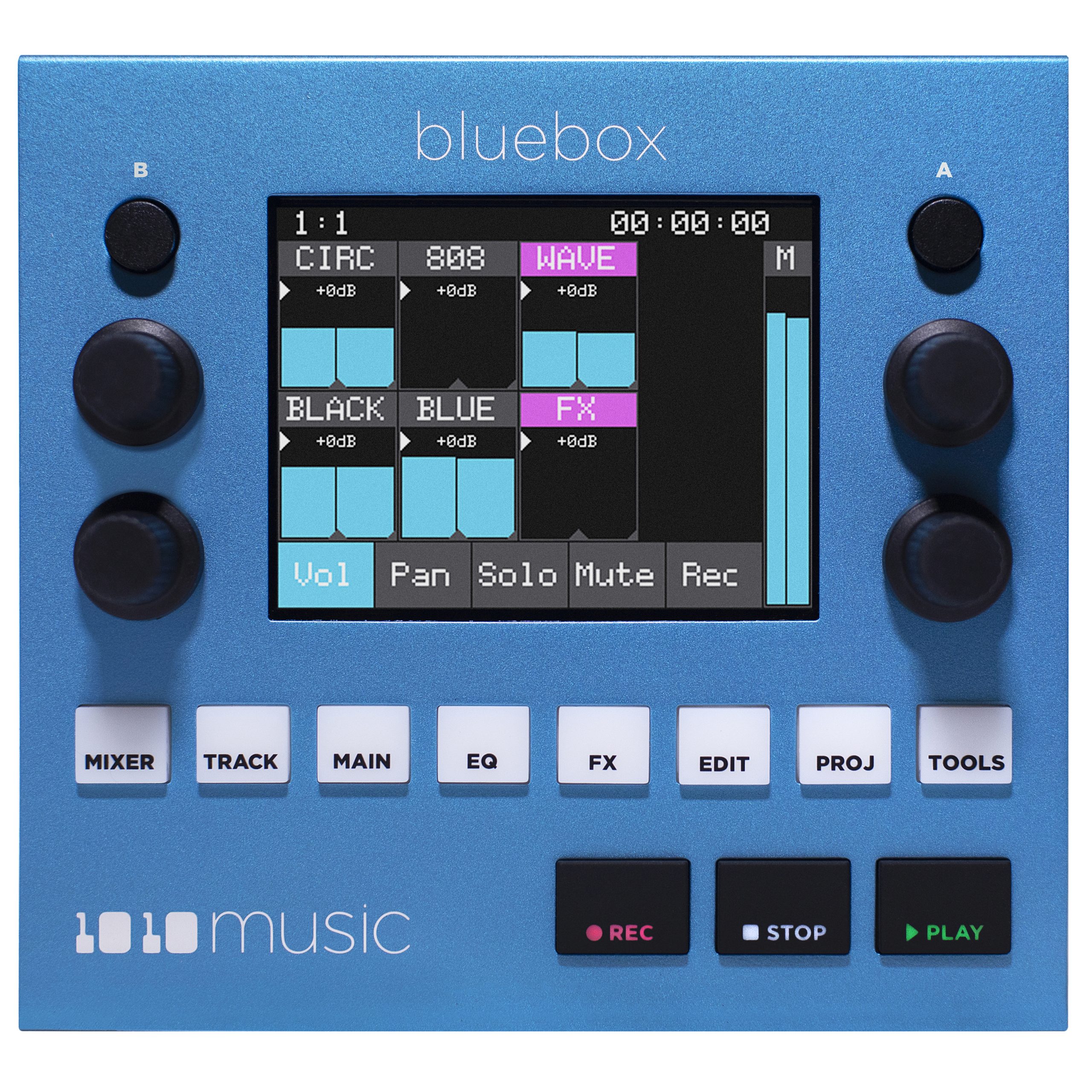 That said, this unit’s not going to be for everyone, the lack of hands-on control will likely be a bother to those who like to throw faders around in a live performance, and the stereo 3.5mm input jacks will probably mean a number of adaptor dongles for many. But with the other gadgets in their catalogue all using 3.5mm jacks, and compact units like the Korg Volca range using 3.5mm (as well the entire Eurorack modular community), there’s a growing market of music gear with smaller jacks, so it’s sure to be a welcome addition to the market for many.

The available specs don’t actually note what the USB device port on the back is capable of being used for, but hopefully a MIDI controller can be plugged in so you can have dedicated faders or knobs if you wish.

The Bluebox is scheduled to be available in December with a USD$499 price tag.