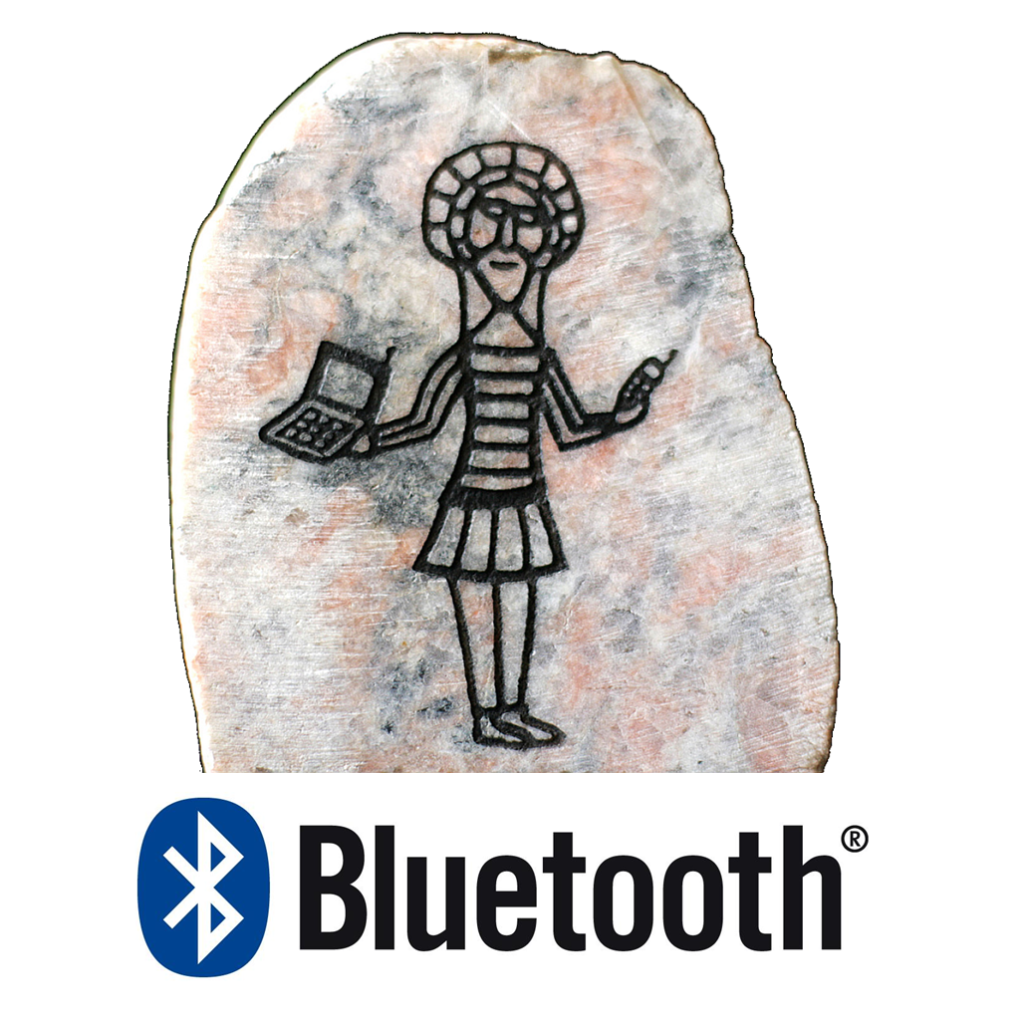 The concept of Bluetooth is nothing new. It’s been with us since 1998 and the chances of no one having used it are slim. It was originally conceived as a replacement for RS-232, allowing devices to communicate data without the use of cables.

Ericsson, Intel, Nokia, Toshiba and IBM came together to form the Bluetooth Special Interest Group. In a similar fashion to Blu-Ray for home video, no one owns Bluetooth technology outright, meaning it was able to be implemented across a range of devices quickly and cheaply. Bluetooth is named after a 10th century Danish king, Harald Gormsson, who brought peace to warring factions in Norway, Sweden and Denmark. His nickname (for various reasons) was Harald Bluetooth and the Bluetooth symbol is actually is based on his initials in runes. So like the Scandinavian nations of the 10th century, Bluetooth aims bring people together across the divide of different devices.

Now with the history lesson out of the way we can examine Bluetooth in its modern usage. Its most common use is to transfer data between phones and compatible devices, such as sending music to a small speaker system. It transmits on a very low power (approx. 1 mill watt) and on the 2.4GHz spectrum. Whilst it can pass through walls its range is typically limited to 32ft or just under 10 meters. It also shares the transmission frequency with Wi-Fi signals, garage door openers and baby monitors.

So given the limited range and very busy spectrum it occupies why have, recently, so many professional products been equipped with Bluetooth? HK Audio’s Nano 608i utilizes Bluetooth to implement an 8 channel digital mixer into its speaker system. Parametric EQ, compression, volume and effects are all controlled over via an iPad over Bluetooth. Similarly Mackie’s Reach and Freeplay both utilize Bluetooth to control the units and steam music to them. It seems strange that such a limited transmission system is capable of controlling such sophisticated operations such as a graphic EQ. The answer lies within the expansion of the Bluetooth technology itself.

Bluetooth 3.0 offers WiFi like speed and a far broader bandwidth for which to transmit data. Introduced in 2009 it can transmit distances of approximately 30 meters. Whilst this is dependent on the power of the transmission device it’s a considerable improvement on the original. Theoretically, Bluetooth has transfer speeds of up to 24 Mbit/s. However this is not transmitted over the Bluetooth link itself – is is simply used for negotiation and establishment whilst the high data rate traffic is carried over a collocated 802.11 link. This is similar to a protocol that transmits Wi-Fi information. The Bluetooth protocol is still used to find and “handshake” devices but the large amounts of data are carried on a much higher speed alternative. Its full name is “MAC PHY 802.11”, so you can see why they went with Bluetooth 3.0.

The upshot of this new technology is a much faster data transfer rate that is demanded by applications used in professional audio situations. Along with the Reach and Freeplay, Mackie have recently introduced the Pro DX4 and Pro DX8. These compact mixers allow musicians and engineers to control an entire gig through their phone or smart tablet using an app that’s available on iOS and Android. A technology that was originally developed for mere data transfer is now being implemented in a far more creative space. With the introduction of Bluetooth 4.0 this trend is set to continue. So the next time someone mentions they are streaming or mixing music via Bluetooth hopefully you will think of more than simply exchanging phone numbers on a Nokia 3310.